Standardbred Canada has organized an industry-wide initiative to review the rules of racing in hopes to create a rule book for every harness racing jurisdiction to adopt and enforce.

The initiative, co-chaired by Dan Gall, CEO/President of Standardbred Canada and Hambletonian Society President John Campbell, will conduct a detailed and comprehensive review of the rules of racing with input from all stakeholders. 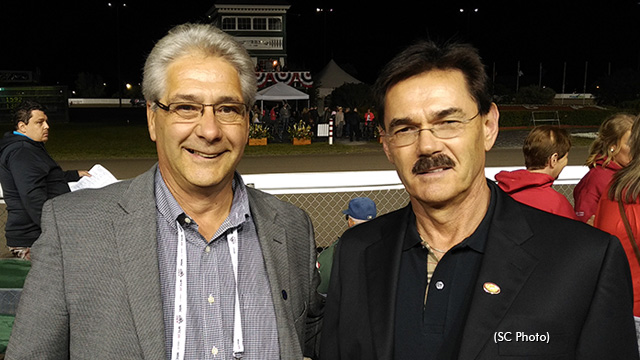 The initial goal of this effort is to identify rules that should be clarified, modified or expanded to enhance uniform adoption and interpretation and to more accurately reflect contemporary racing conditions. The group will ultimately work to incorporate changes to existing rules and seek their adoption with provincial racing commissions.

“Our members have been asking for uniformed rules across the country for years and this was demonstrated overwhelmingly in a recent Standarbed Canada online survey that was conducted this past spring. I believe that we have put together an incredibly strong, credible group of industry leaders that can make what some might describe a ‘pipedream’ a reality, and it all begins with a goal, a vision and a great team to make things happen,” stated Gall.

“We should have universal rules throughout harness racing, throughout North America,” says Campbell. “That is something I’ve felt quite strongly about for a long time. I don’t believe some of our rules are worded as well as they could be. That can make it difficult for the judges to rule consistently. If the wording were made more concise and definitive, it would be easier for judges. The beneficiaries are twofold -- this will benefit the gamblers betting on our game across Canada as well as for the participants and judges. It will be better for all involved to get this accomplished,” said Campbell.

It’s anticipated that there will be some review and revision of rules completed this autumn with the goal to be completed in 2018.

While every aspect of the rules of racing will be considered, the initial areas of scrutiny will be driver safety and fitness, fair start, recall and starting gate rules, horses coming out of a hole, causes of interference, and in the era where so much handle is generated by simulcast wagering, conduct of post parades.

Communications Manager Darryl Kaplan will serve as the Standardbred Canada representative to assist in coordination and execution of our committee agendas. In addition, there will be two non-voting members; Dean Towers, representing horseplayers (NS), and a horseman to be determined.

The first meeting of the Rules of Racing Committee is scheduled for September 29, 2017.

While I applaud you taking

While I applaud you taking initiative, this entire initiative appears to fall out side:

We will be recognized by our members & stakeholders as the national industry leader, both in data management and services, and in supporting the Standardbred breed and harness racing to thrive and prosper.

Standardbred Canada is the national leader that informs, inspires, drives and records information on Standardbred breeding and racing.

This is an excellent move

This is an excellent move that has been needed for a long time, and while I know it would be almost impossible to achieve, world-wide consistency would be even better. Now may I suggest that the first thing this committee should do is take a long hard look at the infamous rule 1.09 of the old ORC rule book which is still being enforced as is by the AGCO. This rule effectively negates every other rule in the book and leaves every situation up to a purely subjective decision by the presiding judges. Then, of course, it would sure make it consistent to just scrap all other rules and use 1.09 to cover every situation. Of course consistent and uniform enforcement of the existing rules would sure help.

I'm happy to see bettors were

I'm happy to see bettors were considered and Dean Towers is the right man for the job.

Although this is a very

Although this is a very complete list of people on the committee, I would suggest you consider adding a veterinarian to the group who can consider the impact of racing rules on racehorse health and welfare.