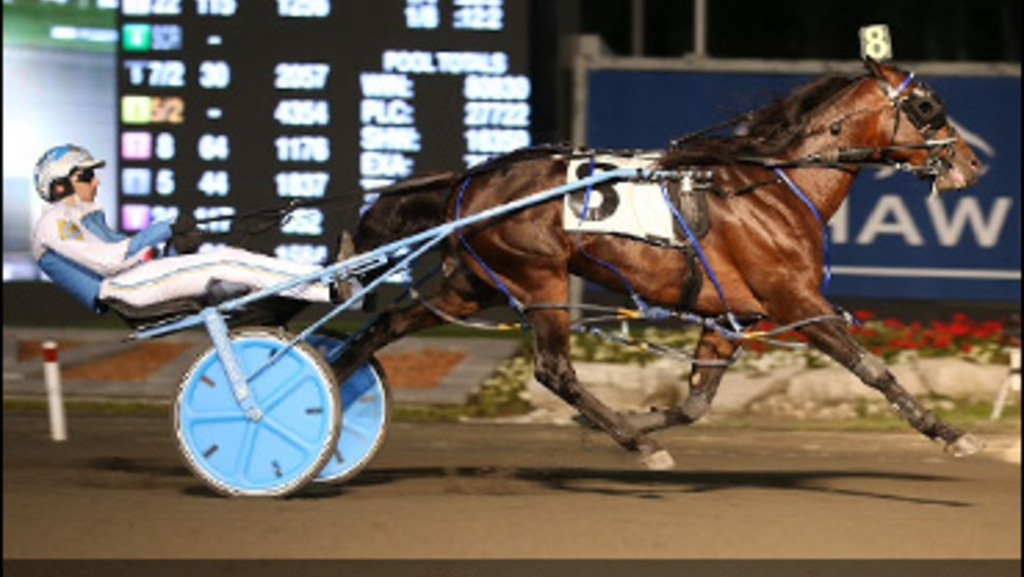 State Treasurer, one of the best open pacers to look through a bridle in recent years and Canada’s reigning Horse of the Year, has been retired to stand stud at Seelster Farms of Lucan, Ont., starting with the 2017 breeding season.

State Treasurer will be officially retired with a blanket presentation following the first race at Mohawk Racetrack on Saturday (October 15).

Trained throughout his career by Dr. Ian Moore, State Treasurer’s most successful season was last year at six when he earned just shy of $1 million in purses and his life’s mark of 1:47, when he captured the US Pacing Championship at the Meadowlands Racetrack in a world record.

His other victories during that double O’Brien Award winning season included the Roll With Joe in a track record 1:47.2, the Canadian Pacing Derby, where he tied the fastest three-quarter mile time in Woodbine Entertainment Group history, the Dayton Pacing Derby, the Mohawk Gold Cup and the Molson Pace.

It was the third straight time he’d captured the Molson Pace, which is the Western Fair District’s signature race. Other major stakes to his credit include the Allerage at the Red Mile in 2014. During his three-year-old season, he swept the Summertime Series at Mohawk, won an elimination of the Confederation Cup and two legs of the Diplomat Series (second by a nose in final).

State Treasurer faced and defeated many of the sports’ best pacers throughout his career and was victorious over all sizes of racetracks. He is the first foal from Ideal Treasure whose other offspring is State Treasurer’s full brother $168,000 winner Hickory Icon. His dam is a full sister to $593,000 winner Ideal Matters.

What a tough, great racehorse

What a tough, great racehorse he was.