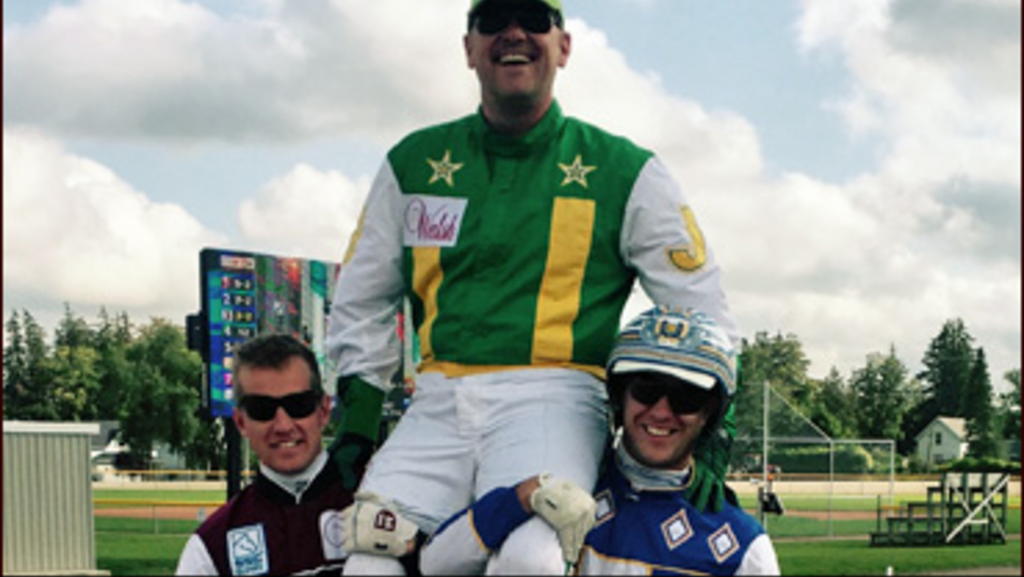 It was a challenge in every sense of the word in the 37th edition of the Clinton Raceway Charity Driver's Challenge on Sunday, Sept. 3.

Jody Jamieson headed into the 10th and final race of the card only 13 points back from the leader, Trevor Henry. Leaving from post position three with Big Tyme Shooter, Jamieson held on for the gate-to-wire win. Only fitting that going into the race he was tied with driver Dave Wall for most championship wins at four, this win, for Wall Tyme Stables Inc. and trainer Dean Wall, ensured his victory as the all time leading driver with five titles.

Race fans were able to take part in the challenge by being paired up with a driver for the duration of the event. Every time the driver gained points, the matched fan was credited money. Upon the completion of the event, the top three were paid out.

The event, which has helped to raise just shy of $300,000 for various groups and charities, closes out the 2017 season at Clinton Raceway and raised money for local Royal Canadian Legion Branches, including Seaforth, Clinton and Brussels.

Clinton Raceway would like to thank the generous drivers donating their fees from the day. With the pork chop BBQ, 50/50 draw and silent auction, over $6,000 was added to the total raised.

Clinton's trainer of the year was Jim Watt with 14 training wins, and Ryan Holliday took the driver of the year honours with 22 wins on the season.

The staff and management thank all of the industry participants and fans for another great season, and look forward to 2018.

Can't say enough about the