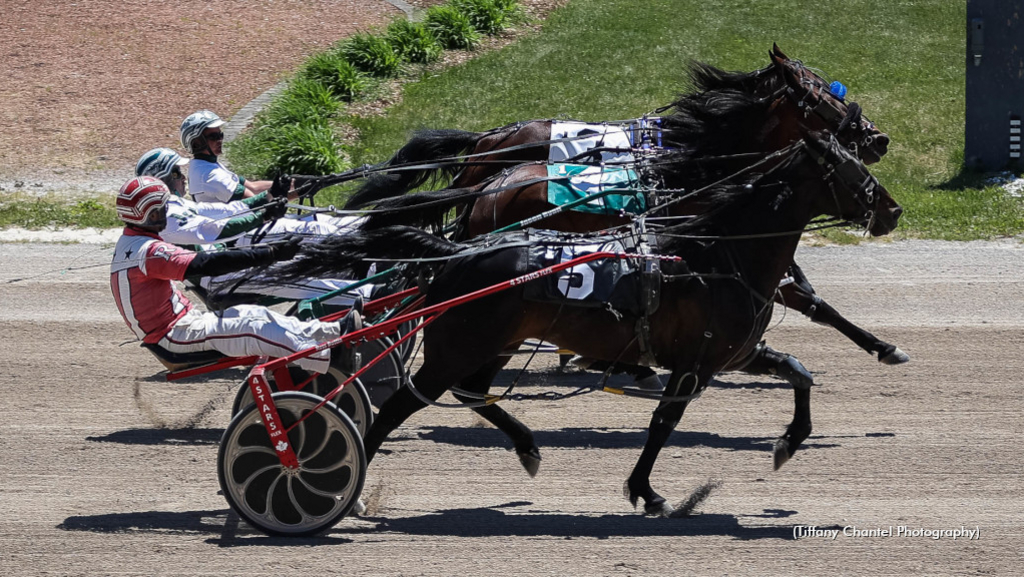 It was a great season in 2022 for Hanover Raceway as operations returned to normal with no restrictions on fan numbers attending and the fans returned in droves to the Grey County half-mile oval.

The racetrack saw both long-time customers returning, but also lots of new fans who brought their families to experience the excitement and family-friendly entertainment the track offered in 2022.

"We're very pleased with the support we received from our fans this year," said Steve Fitzsimmons, Hanover Raceway General Manager. "They returned to the track in large numbers and they were enthusiastic about our product and the many promotional initiatives we introduced this season. The wagering was very strong and we thank our fans for their continued support."

The Raceway also had many different fundraising initiatives this season that raised and donated funds to a variety of non-profit organizations, sports teams and community groups. More than $40,000 was raised this season.

The introduction of Serendipity as the Raceway's Food Booth partner both in the grandstand and in the backstretch was enthusiastically welcomed by patrons, who enjoyed the food offerings from the Walkerton, Ont.-based restaurant owned by Charlene Rogers.

The Raceway also had incredible support from the business community locally, which was a huge contributor to the success of the season this year.

"We're incredibly grateful to the many businesses [which] partnered with the Raceway with advertising sponsorships or in other ways,"  said Fitzsimmons. "We appreciate your help and support.  It made a massive difference to making this a great season.  We thank you and look forward to working with you again next year."

The Raceway had its season ending awards on the final day of racing on Saturday, Sept. 17 and the award winners were:

AB Fleishauer Horse of the Year Award - E L Lonely Charlie
The four-year-old Up The Credit gelding, trained by Tim Jacobson and owned by Ed Lewis of Angus, Ont., found the Raceway to his liking in the non-winners of $18,000 class this season, winning twice and posting four other top three finishes in seven starts here.  He earned $8,420 and took a season's mark of 1:59.4 on Aug. 27.

2022 Top Dash Winning Driver - Jason Ryan
After only driving in seven races at the Raceway in 2021, the Charlottetown, P.E.I. native made a concerted effort to drive at Hanover on a weekly basis and it paid off in spades. In 103 starts, Ryan visited the winner's circle 29 times and banked $103,475 in purse earnings. It is Ryan's first driving title at Hanover in his career.

Ray and Lue Leifso Award - John Kennedy
The Hanover, Ont. native picks up back-to-back wins in this category for top non-driving percentage trainer with a minimum of 15 seasonal starts. Stabled at the Raceway, the Kennedy stable trainees were consistent winners, with 11 wins and a total of 17 on-the-board finishes in 23 starts, giving Kennedy an incredible UTRS at Hanover Raceway of .603. 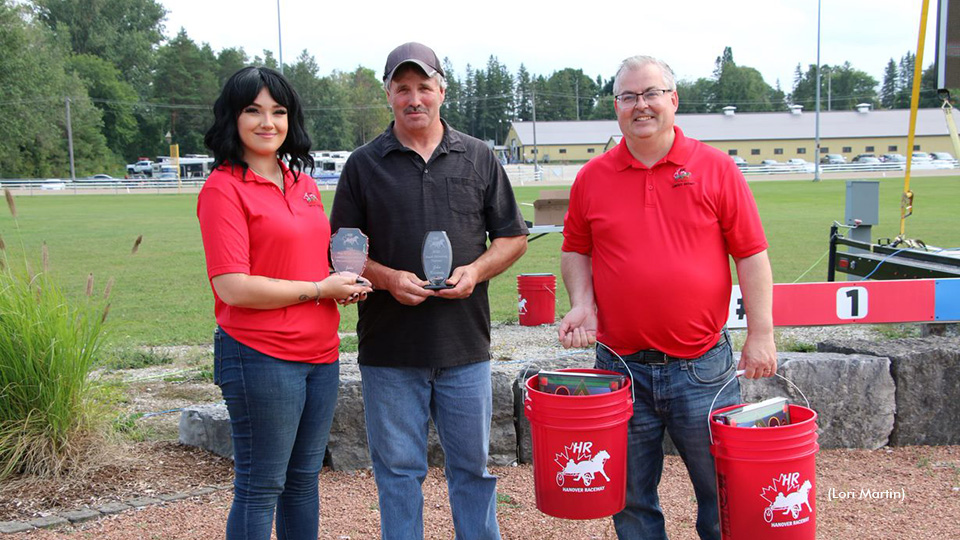 Top Dash Winning Trainer - John Kennedy
Kennedy claims his first ever win in this category. He did it with a stable of consistent performers at the oval, led by the likes of hard-knocking types like Doc Fanelli, Mortgage My Villa, Moramappo, Randomirogeo and St Lads Mischief.   He amassed 11 wins in just 23 starts this season.

Top Percentage Driver (with minimum 30 starts) - Jason Ryan
This award came down to the final few races of Hanover Raceway's season. Jason Ryan edged Jonathan Drury in UDRS by a .402 to .400 margin. Carsons Shadow's win in the Bud and Ethel Fritz Memorial Pace clinched the title for Ryan. It is his first at the Raceway.

2022 Claimer of the Year - Diamonds Or Twine
The four-year-old Betterthancheddar mare found Hanover Raceway to her liking, picking up six wins, two seconds and a third in 11 starts and $14,268 in earnings, as she dominated the $7,000 claiming ranks this season. Diamonds Or Twine was trained and co-owned by Garry MacDonald of Dundas, Ont., along with his partner Christina Soundy, and was driven for the majority of her Hanover starts by leading driver Jason Ryan. 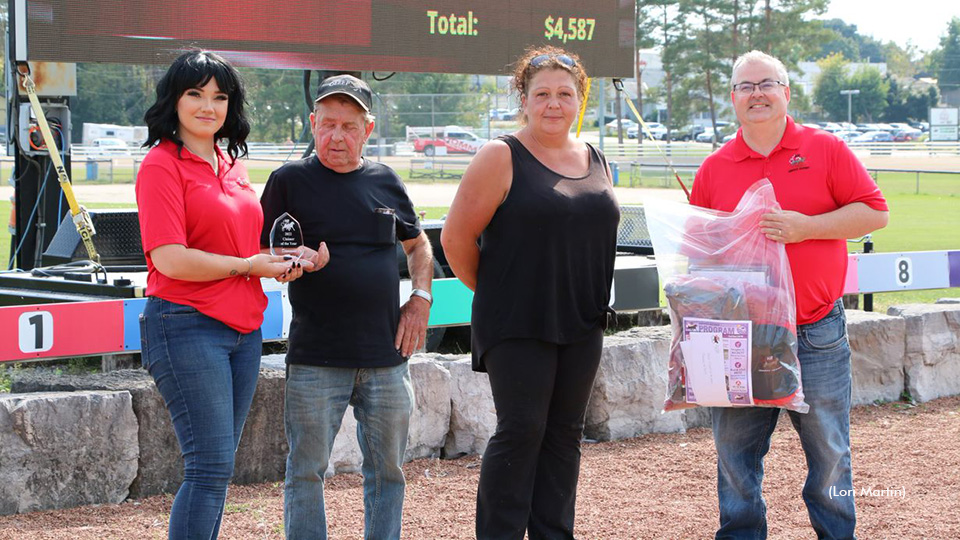 Bud Fritz Rising Star Award - Jonathan (Jonny) Panos
The Hanover, Ont. native has worked for a variety of stables, including for Fritz stables, before hanging out his own shingle as a trainer this season.  He ranks second among trainers for wins at both Hanover Raceway and Clinton Raceway.   His barn notched eight wins and  $27,632 in purse earnings at Hanover.  He is also notable for developing conditioned horse Settn A Precedent, who took a sub-1:50 mark at Woodbine Mohawk Park this summer.  He has a very impressive UTRS of .319 overall.