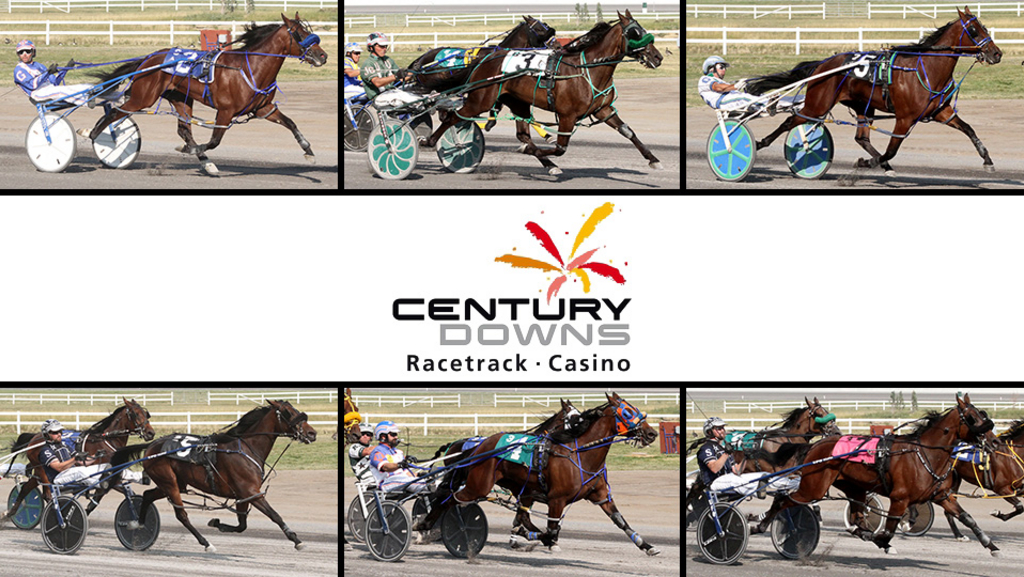 Daisy Corvette took the first elimination for the Marquis. Trainer-driver Nate Sobey sat fourth as The Final Rose set a tempo of :28.3, :58 and 1:26.1 on the point. Approaching three-quarters, Sobey slid Daisy Corvette off the pegs to track Wrangler Jewel’s brush to the lead and continued to grind into the final turn. Daisy Corvette put away Wrangler Jewel in the stretch to win by 1-3/4 lengths in 1:55.2 with Lost In The Moment another five lengths behind in third. 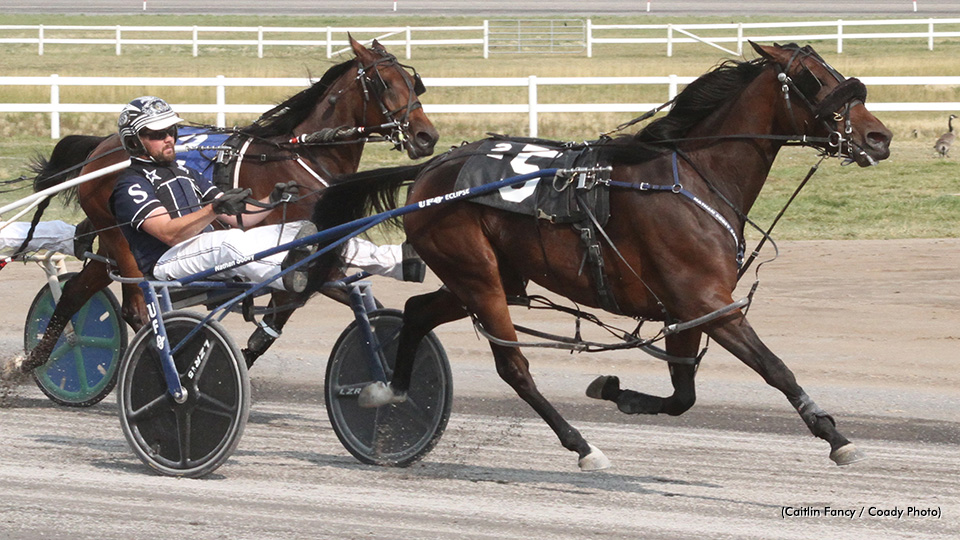 A daughter of Mystician, Daisy Corvette won her fourth race from 12 starts and has now banked $40,747 for owners Keith Clark and Archie Benekos. She paid $3 to win.

Driver Mike Hennessey persevered through a first-over grind with Goodbye Ceia Later to take the second Marquis elimination. The daughter of Vertical Horizon moved out of fifth after a :28.2 first quarter to march towards pacesetter Jamaica Move through a :57 half and three-quarters in 1:26. Jamaica Move clung to the lead off the corner but Goodbye Ceia Later straightened with momentum to pull three-quarter lengths in front in 1:55.3. Saphire Blue rode the pocket for third. 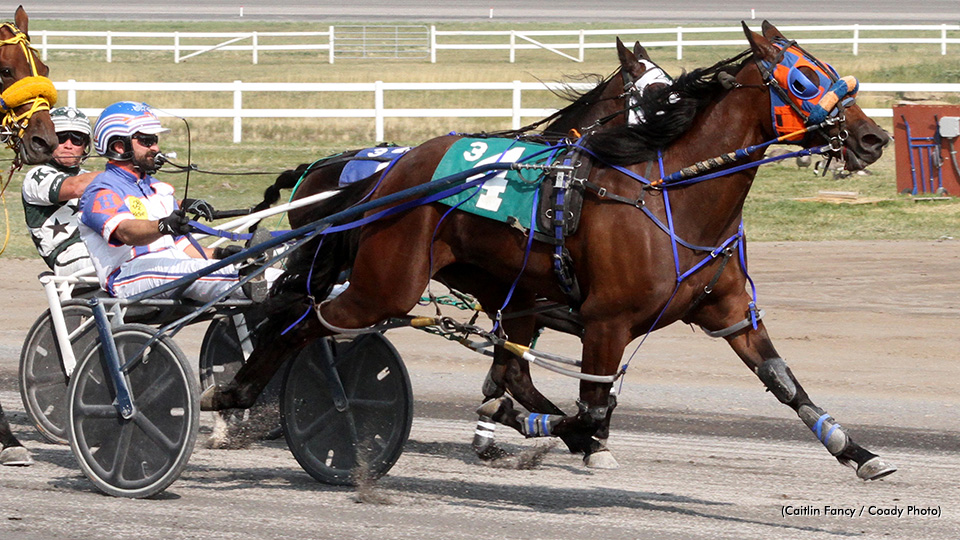 Nate Sobey returned to the winner’s circle of the last Marquis elimination with Divine Art, who delivered as the odds-on favourite in 1:54.3. Leaving from post seven, Divine Art caught cover to race second-over after a :28 first quarter and into a :57.1 half. She swung three-wide in the sprint to three-quarters in 1:25.2 and continued advancing around the final turn, collaring late leader Katie Lou to win by three-quarter lengths. Chaste Forever, off a first-over trip, finished third. 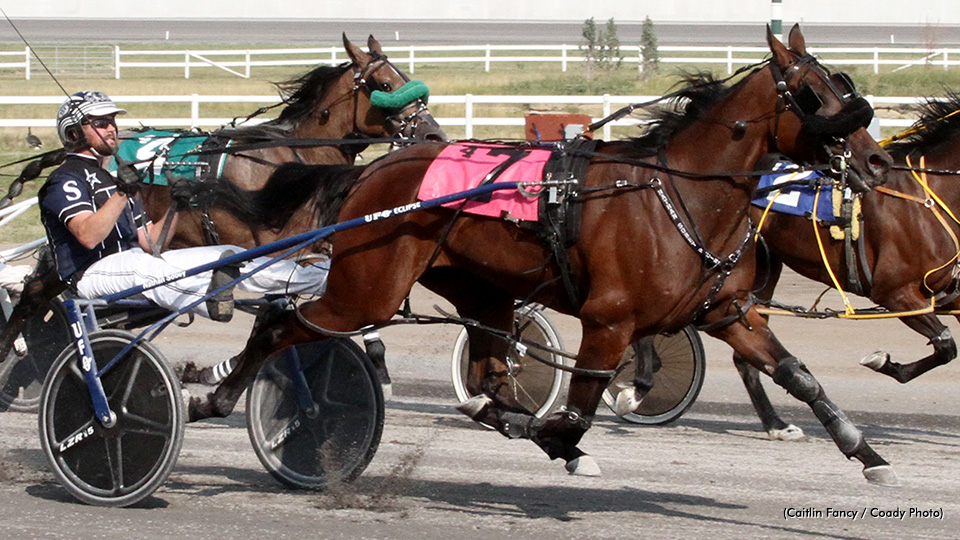 Divine Art races for owners Robert T. Jones, Diane Bertrand and John Hind. The daughter of Outrageous Art won her 10th race from 16 starts and has now banked $171,377. She paid $3.70 to win.

The first Maverick elimination went the way of So Strange, who landed as the second-longest shot on the board. Trainer-driver Jamie Gray secured a pocket ride with the Custard The Dragon colt to a :28.1 first quarter, but was shuffled to third when Knockin Boots grabbed the lead into a :56.2 half. With early leader Joe Rich pulling off the pegs to contest for the lead to three-quarters in 1:25, Gray had fresh legs with So Strange coming for home to swoop by the pair and coast clear to a 1-1/2-length win in 1:54.4. Knockin Boots held second with Joe Rich settling for third. 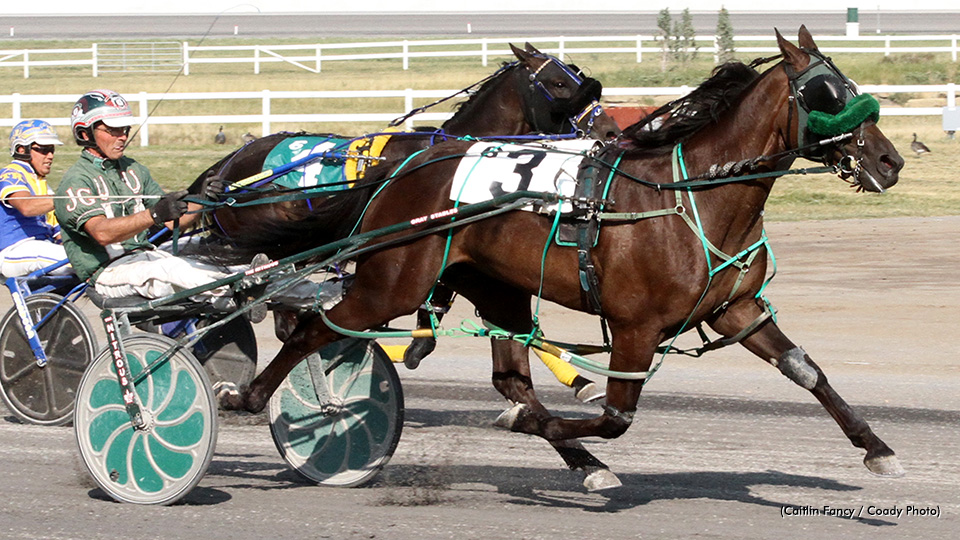 Heavy favourite Ernesto Delacruz took the second Maverick elimination in hand in 1:53.3. The Vertical Horizon gelding cleared control to a :27.4 first quarter and strode through middle fractions of :56.3 and 1:25.3 before sealing the case by 3-1/4 lengths over pocket-sitter Kill A Dragon. You Can Have Itall finished third. 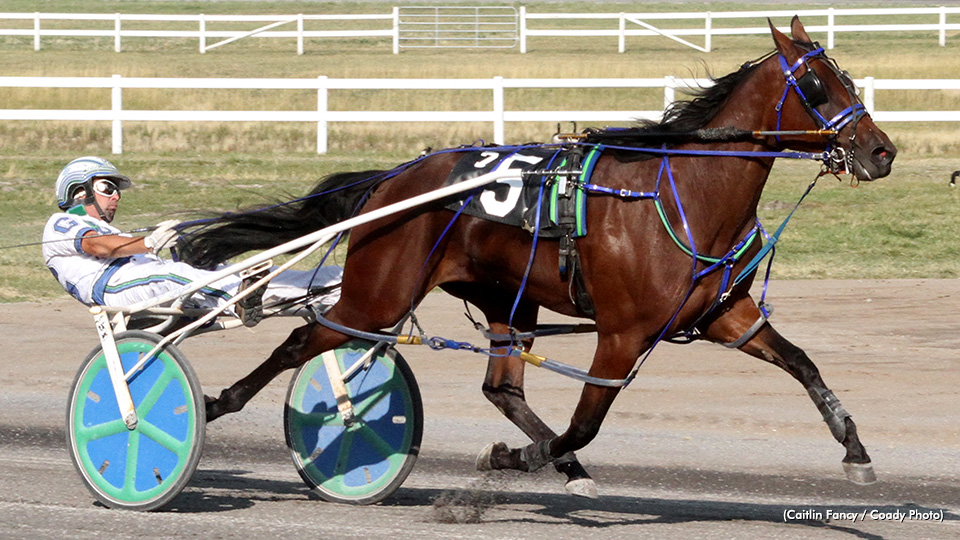 Ernesto Delacruz is a homebred for trainer-driver J. F. Gagne and Peter Van Seggelen. She won her seventh race from 17 starts, has now earned $98,228 and paid $2.30 to win.

Similar speed tactics placed Vegas Gambler in the winner’s circle of the last Maverick elimination. Driver Phil Giesbrecht sent the Rod Starkewski pupil from post two to the point in a :27.3 first quarter and rolled through a clip of :57.3 and 1:25.3. Opening a wide lead into the stretch, Vegas Gambler coasted to the finish as Matts A Mystician charged home for second, beaten a length, with Order One To Go closing for third. 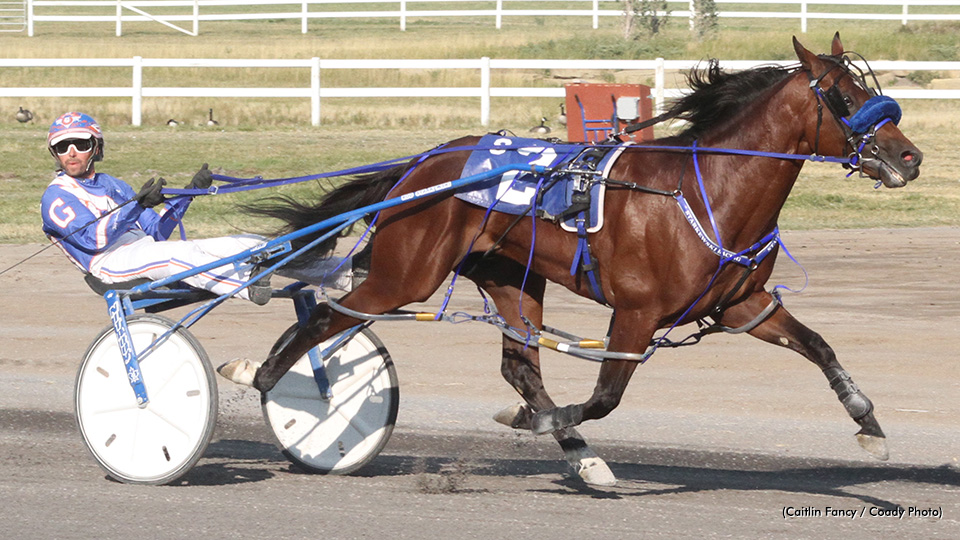 Starkewski co-owns Vegas Gambler with Clauzette Byckal. She won her 10th race from 20 starts, has now earned $151,026 and paid $4 to win.

In the co-featured $13,500 Preferred Pace, the four-year-old Vertical Horizon stallion Shark Week lowered the track record for aged pacing stallions. Driver Mike Hennessy swept Shark Week to the lead after early fractions of :27.2 and :55.4 and plugged along through the remainder. By three-quarters in 1:23, he fired home to win by 9-1/4 lengths while stopping the clock in 1:51.1, besting Codename Cigar Box’s record of 1:51.4 set on April 2 this year. The time also matches the all-time record set by Codename Cigar Box, who set the mark after being gelded during the season.

The first of a four training wins on the day for Nate Sobey came in the afternoon’s opener with If Only Id Known in the $13,500 Fillies and Mares Preferred Pace. He steered the four-year-old Shadow Play mare off fractions of :26.4 and :55.1 towards the lead to three-quarters in 1:23.1. She then surged clear through the stretch in progress to her 11th win from 48 starts, stopping the clock in 1:52.1. Velda Olding and Rob Ostashek Holdings Ltd. own the winner of $128,798. She paid $21.80 to win.

Sobey’s fourth training win came in the penultimate race with Crazy I M ($4.60 to win).