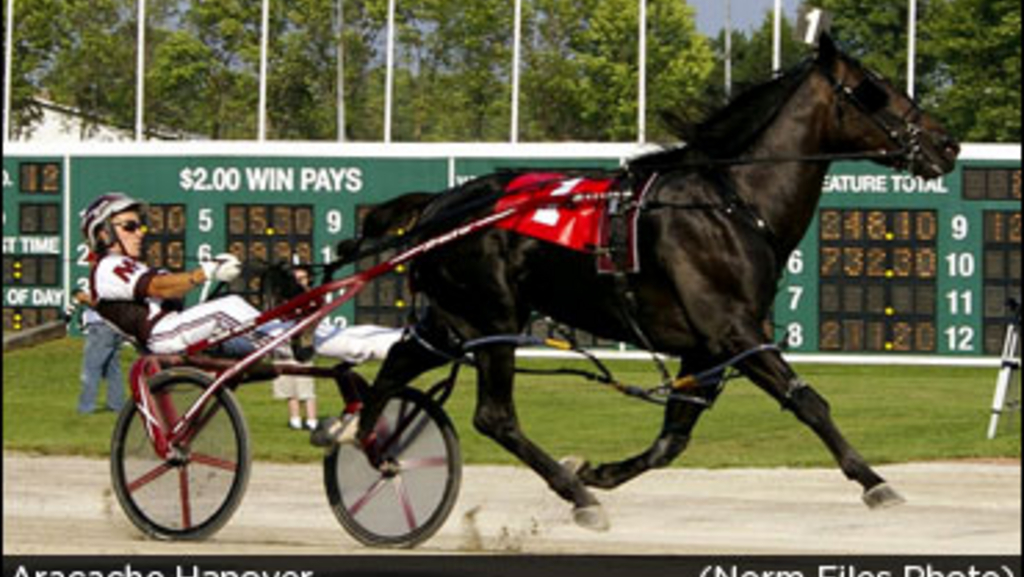 Aracache Hanover overcame a bumpy start and survived a pair of judges’ inquiries to capture the 34th edition of the $547,000 Confederation Cup in straight heats for the father-son team of Doug and Gregg McNair on Sunday afternoon at Flamboro Downs

After avoiding an early breaker in his elimination heat earlier in the day, Aracache Hanover got off to a bumpy start himself in the finale. He put in a few steps leaving the gate from Post 1 but quickly reset and advanced to the lead in front of Foreign Officer (Jody Jamieson) before the :26.4 first quarter.

The 2-5 favourite, with Doug McNair in the bike, lead the way through the remaining fractions of :54.2 and 1:23 as he extended his lead to five and a half lengths, which allowed him to cruise home for the 1:52.1 score.

Aracache Hanover survived a pair of judges' inquiries regarding his early miscue and the whipping rule. The judges ruled he did not cause interference while on a break, and although McNair had both lines in one hand in the stretch to celebrate the win, he did not strike the horse and thus there wasn't a placing.

"He just put a few steps in and then came right back pacing -- he didn't bother anybody I don't think," said Doug McNair before the results were made official. "That was the first time [he did that]. He kind of shied from the gate a little, that's what happened. I kind of stopped and started him that's why he put a few steps in.

"He finished up tired," continued Doug. "He was real tired but I went a pretty big middle half, but the more I got into him the faster he went. He felt kind of weak coming around the last turn but he had five or six [lengths] on them. He just raced huge." 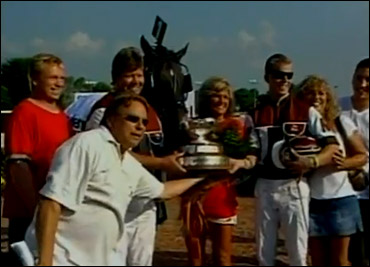 Aracache Hanover notched his seventh consecutive win and eighth of the season in 10 starts pushing his earnings to over $500,000. Lifetime, the three-year-old Dragon Again-Armbro Cachet colt has recorded 10 wins while banking $540,217 for trainer Gregg McNair and owners William Switala and James Martin of Clarence Center, New York, who purchased him for $37,000 at the Harrisburg Yearling Sale.

Gregg McNair's other entry, Stonebridge Tonic (Mike Saftic), finished fourth and also survived a judges’ inquiry. The judges ruled Stonebridge Tonic did go inside two consecutive pylons but was not lapped on at the finish and therefore remains fourth.

"The other horse raced good," said Gregg. "He did what he could in two heats. It's a lot to ask from him and he raced big.

"We have two horses with the owners [of Aracache Hanover]. The other horse was OK Commander and he made a bit more money at the end of the year last year and we kept him eligible to the million dollar races and we skipped them with this horse," explained Gregg. "[Aracache Hanover] eligible to the Little Brown Jug and the Pennsylvania Sires Stakes final."

In reply to It would have been a by Norm F

Mr Files.
I'm confused. If what you are stating is fact, then why would the ORC send a memo to all participants regarding the urging rule? It clearly states that a driver must "keep a line in each hand the entire race".This memo is still to this day posted on their website. Why was Joe Hudon fined $300.00 on August 16-10 for "failing to keep a line in each hand the entire race? No where could I find that because the driver was "celebrating a win" that the rules did not apply to him or her.There is so much talk about the industry as a whole and the path it is taking and again in my opinion this clearly shows, as it has many times in the past that the rules in Ontario only apply to certain people and there is absolutly no consistency in maintaining fairness.

In reply to Is having both lines in one by Junior

It would have been a

It would have been a violation had he whipped the horse.

Is having both lines in one

Is having both lines in one hand in the stretch not a violation of the rules?