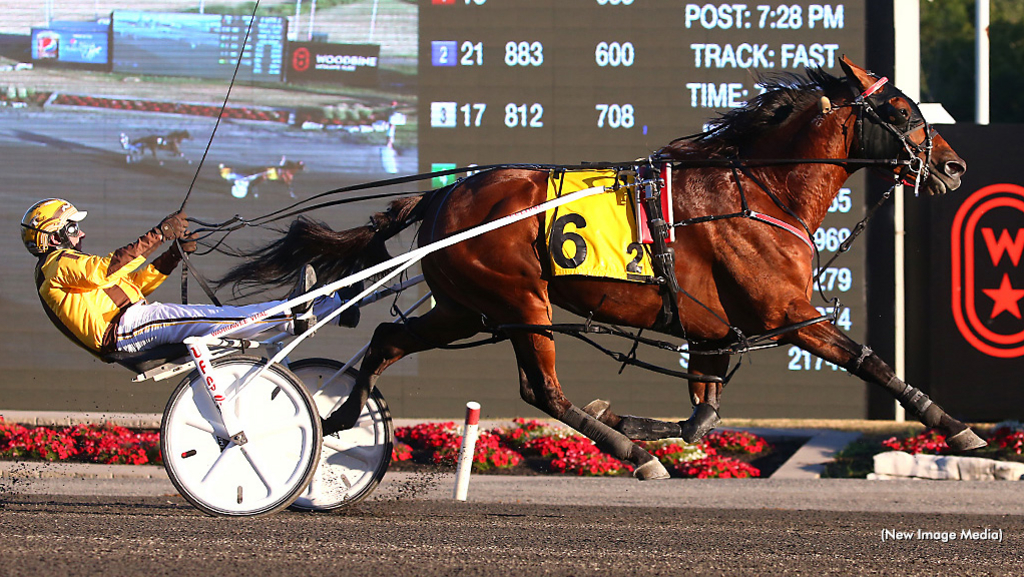 The five-year-old Captaintreacherous stallion Warrawee Vital was on another speed mission at Woodbine Mohawk Park on Saturday night (July 30), posting record-breaking fractions to win the $33,000 Open Handicap Pace and lowered his national season's mark to 1:47.1.

East End sped to a :25.3 first quarter but soon braced for a shot up the backside from Warrawee Vital as he vacated fourth and launched to the lead into a :52.4 half. The Rob Fellows trainee kept rolling toward three-quarters, which he clocked in a Canadian record 1:19.1, and spun for home in hand to win by 2-1/4 lengths over Wheels On Fire with American History finishing third and The Greek Freak fourth.

So Much More returned to the winner's circle in the $32,000 Fillies & Mares Preferred Handicap Pace, travelling a front-stepping mile to win in 1:50.

In the substitute hands of Austin Sorrie, So Much More slid to the top from post six to a :26.2 first quarter and cruised under minimal pressure through a :54.3 half and to three-quarters in 1:22.4. She strolled through the stretch while pursued by a gaining Shes Nun Bettor N, who settled for second by a length. Pocket-sitter Voelz Delight finished third and Dabarndawgswatchin took fourth.

A six-year-old mare by Big Jim, So Much More won her 48th race from 110 and pushed her earnings to $983,198 for owners Don Beatson, Kenn Beatson and Cole England. Don Beatson trains the mare who paid $11.30 to win.

It's too bad that Warawee Vital won't be racing in The Sam McKee on Hambo Day next Saturday at The Meadowlands, and I don't think supplemental entries are permitted in the race. Bulldog Hanover will miss the race too, and Allywag Hanover inexplicably wasn't nominated for it despite being last year's OPOTY.