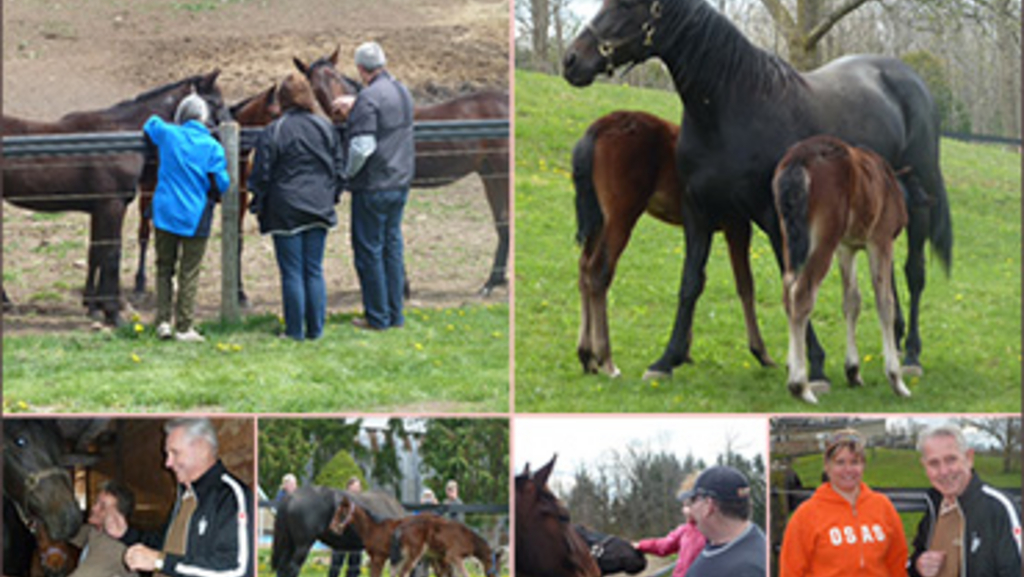 Two Ontario breeding farms, High Stakes Farm in Moffat and Seelster Farms in Lucan, opened their farms to the general public for Mother’s Day Open House events on Sunday, May 8. 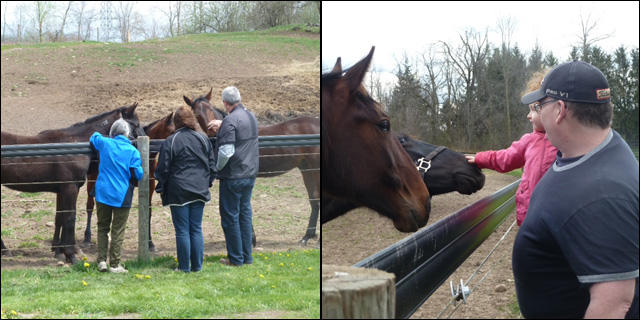 Over 700 people visited these farms to see the mares and foals.

In addition to meeting the resident mares and foals, the guests were able to interact with the breeders, their families, and staff to learn about the province’s standardbred and racing industry.

“These are great events for generating awareness of the industry,” said Joanne Colville, owner of High Stakes, “anything we can do to educate the public is good for racing.” This marked the third time in the past five years that the Standardbred Breeders of Ontario Association (SBOA) and Standardbred Canada’s I Love Canadian Harness Racing Fan Club partnered to coordinate the Mother’s Day Open House. 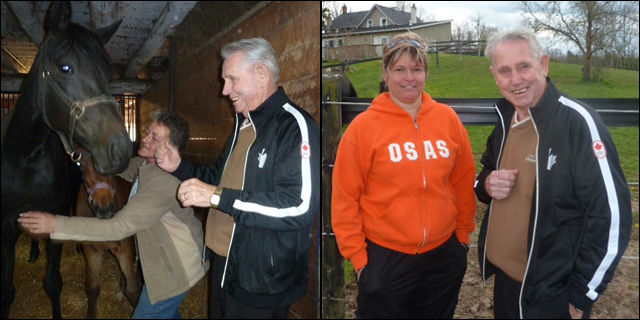 The star of the show at High Stakes, where over 200 people turned out between 1:00 and 4:00 p.m. were broodmare Emprize Hanover and her two foals, filly Elena and the orphan colt Junior which 'Emprize' has adopted. 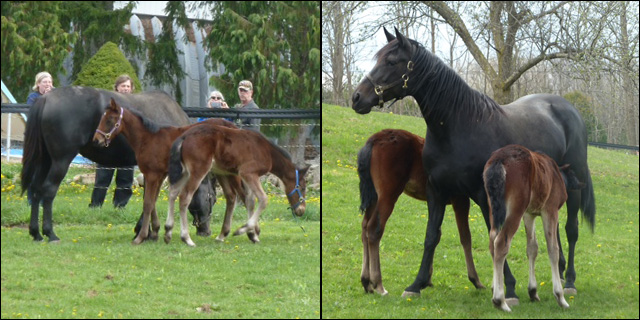 In addition to this popular trio, there were eight other mares and their foals, some yearlings, rabbits, kittens and dogs with which families could interact (click here for more photos from the High Stakes Open House).

Over 500 people turned out at Seelster Farms and they hosted guests from 10 a.m. to 4 p.m. “Our open house went over very well. There were lots of families and the vast majority of people were non-industry,” said Assistant Farm Manager, Walter Parkinson. “People were very enthusiastic to see the mares and foals. We had 50 mares and foals on display, as well as the seven stallions.”

Parkinson noted that a photo gallery for the Seelster Farms Open House will be posted later this week.