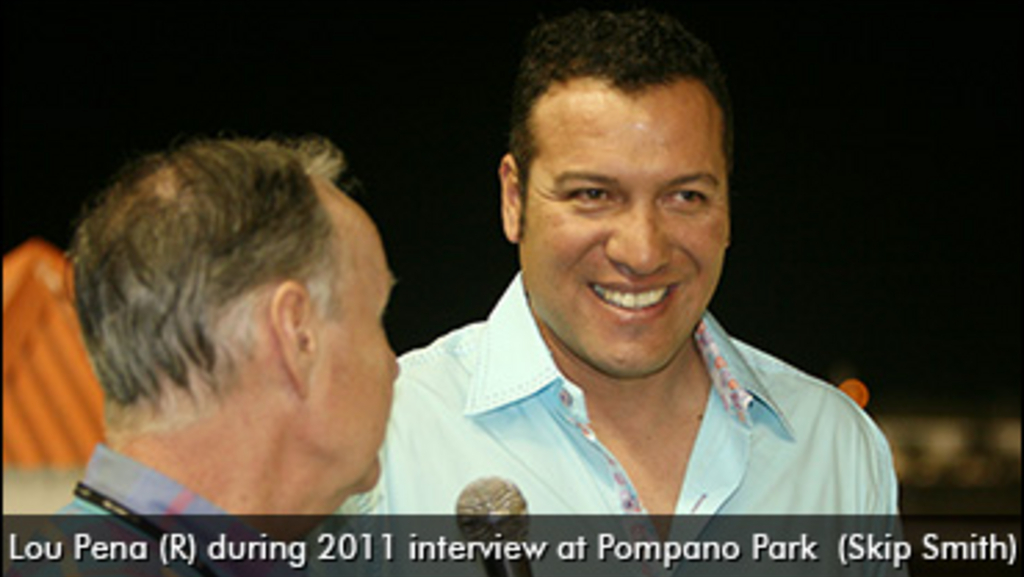 In 2012, the NYSGC (formerly the Racing and Wagering Board) suspended Pena after what it determined was more than 1,700 drug violations. Pena would go on to fight the suspension, and, in the fall of 2013, The State of New York Supreme Court rendered its decision in the case, directing the State of New York to dismiss all charges against Pena. The NYSGC then appealed the Pena ruling, and received a stay against the court action. It did not take long for the New York State Supreme Court to re-affirm its dismissal of the license revocation proceeding brought against Pena by the commission.

The Journal News has reported that, on April 2 of this year, the court decisions that had dismissed state charges against Pena were reversed by an appeals court; thus the commission has 'renewed its actions against Pena.'

The contents of the NYSGC’s announcement appears below.

In 2012, the Commission (formerly the Racing and Wagering Board) took action against Pena after a comprehensive investigation of veterinary records determined that he was responsible for racing illegally drugged harness horses between January 2010 and April 2012. The original hearing and notice detailing all of Pena’s violations, including a list of all the violations by horse, drug, administration date, race date and track can be found here.

“We are pleased that this case has finally come to a close and that Mr. Pena is being held responsible for his actions,” Commission Executive Director Robert Williams said. “The Commission takes all allegations of administrations of illegal substances seriously and will continue to uphold the integrity of racing in New York State.”

Pena regularly raced horses in New York while stabling them in New Jersey. In 2012, New York, with assistance from racing officials in New Jersey, conducted a thorough review of veterinary records, which illustrated the 1,717 equine drug violations.

The violations included a litany of substances, most of which were administered to horses outside the permitted timeframe as set forth by Commission rules, including:

After a subsequent hearing and adjudication, Pena and his attorney pursued various legal attempts to avoid his responsibility, all of which were ultimately rejected. Pena never testified to deny that he repeatedly cheated by administering illegal substances to race horses more than a thousand times.

In reply to Mr Gillis I couldn't agree by jkchill

To quote Lawrence Sheppard many, many years ago when speaking of a noted, but questionable trainer and driver, who he knew was a wrong doer, but who he believed was not guilty of the specific charge against him. "They got the right church, but the wrong pew".

In reply to Lets cut to the chase. As a by Gus

Mr Gillis I couldn't agree more. If you can test for it it shouldn't be allowed,if your horse can't race without these medications then it is not fit to race. It shows the sad state of the industry when so many think it is ok to use such a wide assortment of drugs and think that there is no enhancement involved, I know as a human my performance would be enhanced if I were full of pain relievers,steroids, muscle relaxers, bronchial dilators and whatever other " therapudic medication " you can think of. Post race use would be therapudic,pre race use is enhancement in my view.

Lets cut to the chase. As a

Lets cut to the chase. As a trainer we have all used medication on our horses and if caught pled innocent, and if a high profile trainer is caught he usually gets off especially in Ontario,Now its a new era the sport is under a microscope and unless we ban all medication and punish all offenders the industry will die. 1,2,3 strikes your out no exceptions. And for those who claim medication to aleviate pain symptoms akin to humans, not buying it.If a horse needs medication to race he shouldn't be on the track.

There is a big difference

There is a big difference between performance enhancers and certain medications that help a horse return to their charted and proven ability. The latter of the two should NOT be subject to suspensions.

While not sticking up for

While not sticking up for Pena in the least, using inflammatory terms like "drugging of horses" shows how disingenuous the system and process are. Not one of these medications listed are performance enhancers, the real industry killers. You have to differentiate the two. These all have useful,approved therapeutic qualities. eg Robaxin-for sore backs or chromolyn to treat allergies. And all were given outside the regulatory withdrawal times-hence no positive test. That means, in essence, the horses weren't drugged on race day- at least by these medications. Makes for great headlines though. Every trainer has used them at one time or another for the horses overall health benefit just as people do. These are not the medications giving some trainers/horses uncommon success. Let's do everyone a service by focusing on true performance enhancers.

Aren't all these drugs legal?

Aren't all these drugs legal? Its my understanding that they were given after the alleged time frame. Also, since his horses never tested positive how are they violations? His alleged violations were discovered not by vet records, but by vet bills........This doesn't make sense......

This situation begs a

This situation begs a question. If we assume Mr Penna through his Veterinarians had over "1700 drug violations" how was he able to never have a positive post race test??

The wheels of justice often

The wheels of justice often turn quite slowly.

The NYSGC is making a clear

The NYSGC is making a clear statement. Horses being used and abused should not be forgotten also. GHG