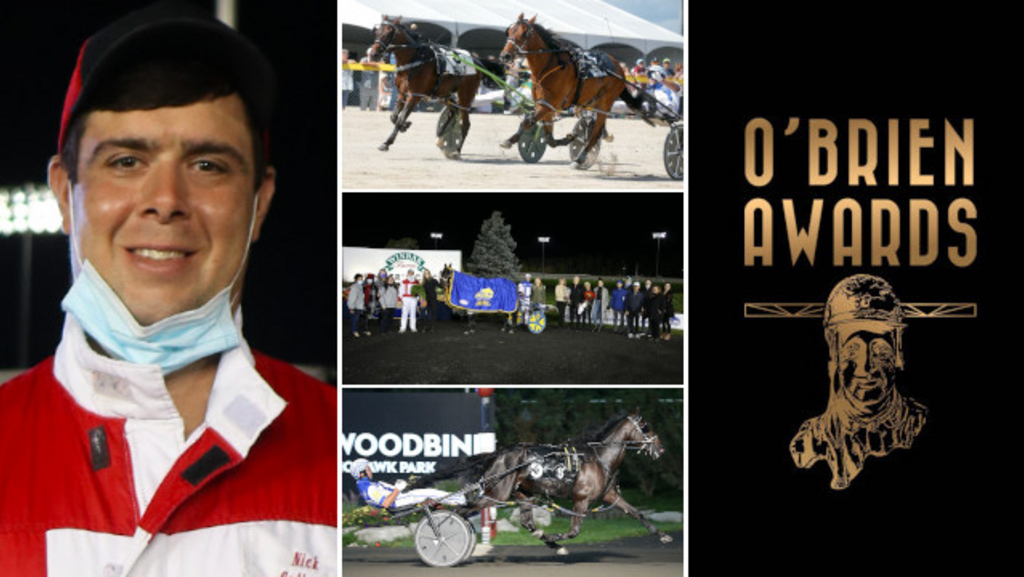 With big aspirations from the start of his career, trainer Nick Gallucci is well on his way to achieving his dreams.

The former Future Star Award finalist has lived up to those early projections, securing his first O’Brien Award nomination as Trainer of the Year in 2021 with a $2 million season. More than doubling his earnings from the previous year, Gallucci’s career-best campaign included 63 wins and he was the leading money-winning trainer in the Ontario Sires Stakes program.

“It was just surreal. This time last year, I wasn't expecting to have as much success as we did,” Gallucci told Trot Insider. “The horses just really stepped up to the plate.”

Among those horses, three have been nominated for two-year-old pacing divisional honours, including the Millar Farms homebred fillies Prohibition Legal and Silver Label, and colt Betterhavemymoney.

“I was hoping to get nominated – everybody kind of hopes for that – so when the news finally came out, I was obviously really excited. I'm very, very happy to have the three horses get nominated,” said the private trainer for George Millar’s Millar Farms, which is also an O’Brien Award finalist, in the Armstrong Breeder of the Year category.

For Gallucci, who once said he would become the number one trainer in the world one day back in 2014 when he was a finalist as a rising star, he’s already proven himself to be among Canada’s best.

“Well, it was a lot harder than what I thought when I first started training, but one day I'd like to be [the best in the world],” he laughed, reflecting on his early statement. “We're top two in Canada [now], so I'm really happy with that.”

Partnering with Millar Farms was a key move for the driven 34-year-old horseman, who aspired to train stakes calibre horses and now manages a stable of 30 at the Stouffville, Ont. farm.

“When I had a public stable, I trained horses for George for about three years and then I wanted to make a switch over to stakes horses and I felt this is probably my best opportunity,” recalled Gallucci. “So, in late 2019, I started working for George privately at the farm. He still lets me train a couple outside horses, but the majority of the horses I train now are for him and having George as an owner is a pretty unbelievable feeling because he kind of just lets me do whatever I think is best by the horses and it's really turned out to be successful for both of us. And having him nominated as a breeder is just as much of an accomplishment for myself as being nominated as trainer.”

Their parade of O’Brien Award-worthy stars will land them at least one bronze trophy when the winners are announced at the virtual gala on Sunday, Feb. 6 with Prohibition Legal and Silver Label named finalists in the Two-Year-Old Pacing Filly category.

While both are remarkable fillies, Gallucci gives the nod to Prohibition Legal for her near-flawless season during which she overcame minor setbacks to win eight of nine starts and $564,204 in purses. The daughter of Big Jim out of Catch A Wish capped off her perfect OSS season with a Super Final victory – a first for Gallucci – and proved to be among the best in Grand Circuit competition winning a division of the Eternal Camnation Stakes and finishing second in the Shes A Great Lady Stakes to U.S. divisional champion Niki Hill – a runner-up performance that felt just like a win for Gallucci.

“Finishing second in the Shes A Great Lady was really special,” he said. “You always dream to have a horse good enough to race in that caliber of race and to lose to a horse like Niki Hill is not a disappointing effort at all. You know, it's almost like winning. Any other year leading up to this year, [Prohibition Legal] would have been the best filly in North America and just happened to hit probably one of the best fillies I've ever seen. That was probably the highlight for me and, other than that, winning the Super Final and finishing second with Silver Label, that was really special.”

“She was probably about a month behind Prohibition Legal starting out,” noted Gallucci. “She had a chip removed out of her right hind ankle before we started training her so that kind of set her back a month, but she made all the right steps and, actually, how fast she came to be the second-best filly in Ontario is pretty remarkable. She only had one qualifier and one race leading into the next Gold and she just really proved herself to be in that category in that second start at Georgian. She had an almost flawless season. In any other year, she probably would have been the best two-year-old filly in Ontario, she just had to deal with Prohibition Legal.”

While the fillies were a lock to receive O’Brien nominations, Gallucci was pleased to see Betterhavemymoney earn some well-deserved recognition for his own rookie campaign. The son of Betterthancheddar out of Whosluckierthanme won four of his 10 starts and banked $335,474.

“The highlight for him obviously was the Battle of Waterloo,” said Gallucci. “He broke the track record, but it seemed like it took a little bit of the sting out of him for the rest of the year. We ended up finding a couple issues with him so hopefully we're able to get those rectified and have him in tip top form for this year. I'm really anticipating him coming back good as a three-year-old. He danced every dance, so I was pretty happy to see him get nominated.”

The talented roster trained by Gallucci doesn’t end there.

“Powertrain's mile in [1]:48[.2] on North America Cup night was a really special race,” said Gallucci of highlights from his other stable stars. “And I had a couple that didn't show many races but showed a lot of talent and I think they'll come back really good as three-year-olds – [trotting fillies] Hershey Seelster and Magic Maggie. I think they both showed some ability. Maybe we can get them nominated this year, who knows? If they build on what they did last year, I think they'll probably put forth a good season this year.” 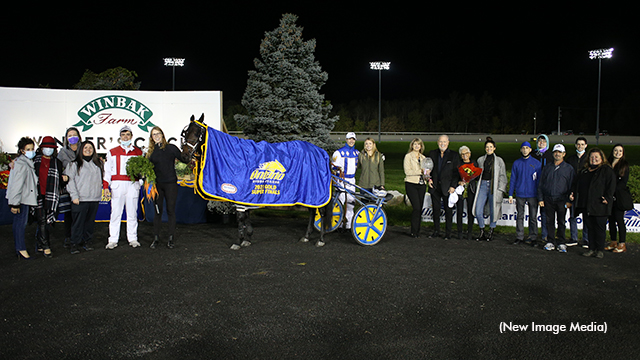 For now, he’ll take a moment to let the success of his surreal season sink in and make the most out of a virtual celebration this year on O’Brien night with his team that works hard behind the scenes.

Gallucci is a finalist for Trainer of the Year along with eight-time defending champion Richard Moreau, who had the most wins and earnings in Canada in 2021 and campaigned a trio of his own divisional finalists.

“With the success we had, I thought I would get nominated," said Gallucci. "I’ve got nothing more than respect for Richard. You look at some of the stats he's put up throughout his career and you're probably never going to see anyone come close to the amount of wins and success that he's had in his life so just being nominated against him is a really special feeling. I lost the Future Star Award but maybe one year – it doesn't have to be this year – if I could win the Trainer award, it would make up for that in spades.”

The winners will be announced at the O’Brien Awards Virtual Gala this Sunday. The live stream is set to get underway with the red carpet pre-show at 5:30 p.m., followed by the awards show at 7 p.m. on standardbredcanada.ca.