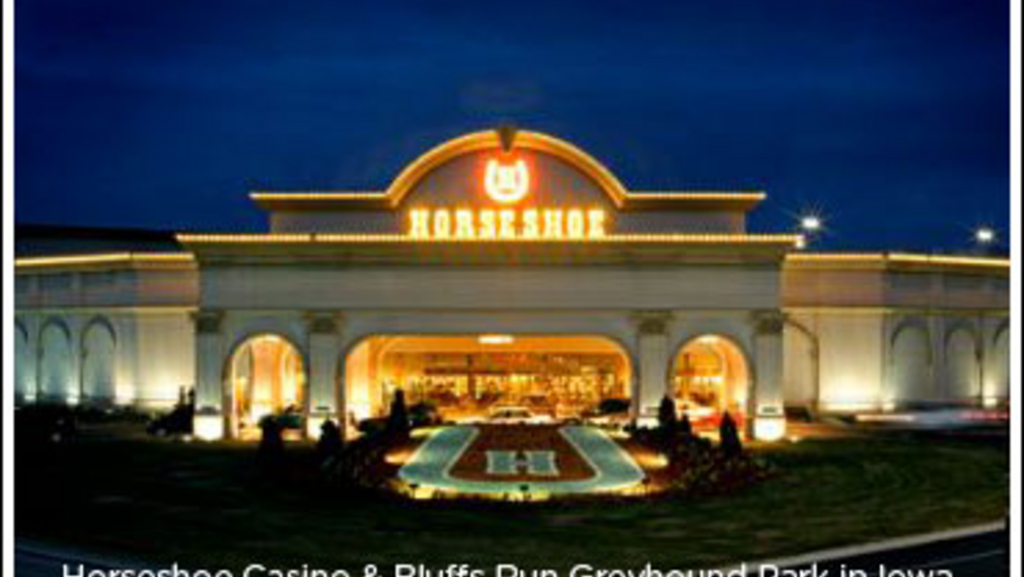 Citing a study that shows waning public interest and the expensive cost for casinos to "subsidize greyhound racing", reports indicate that casino giant Harrah's is willing to pay the state of Iowa $70 million to free them from an agreement that requires a set number of annual race dates

According to a story published in Friday's Des Moines Register, Harrah's two greyhound racinos - Council Bluffs and Dubuque - would pay the state a total of $10 million annually for seven years to end racing on July 1, 2010. Iowa agreed to save the state's dog tracks 16 years ago with the slots at racetracks agreement.

"It's an industry that does not have a lot of following," Rep. Mary Mascher, D-Iowa City, told The Register. "It doesn't make sense to subsidize something Iowans aren't interested in."

Interestingly, the article states breeding and raising of dogs in the state is on the upswing. Iowa ranked second in the U.S. with 2,390 registered Iowa-bred pups in 2008, significantly up from 1,229 in 2000.

"It's unfair to yank the rug out from beneath the dog breeders without their input and agreement," said Rep. Rick Olson. "There needs to be some type of golden parachute for them at a minimum."

As in all horse/animal racing originally it depended upon betting on the product for the industry to survive. We are now in a double edged sword situation by depending upon slots for our revenue, which has definitely enhanced the industry in Ontario. The secret I believe to getting people to bet or bet more money on the product is educating people on how to pick winners. You need to teach, inform and give the punter the best information available-(like Trackus) so they can do that. You need to show that it can not only be fun to bet/pick winners but as an entertainment value I would hope that it is superior to sitting behind a machine and pulling an arm hoping that you win. The same goes for competing with the lotteries. Its is a giving that you are going to lose and people expect to lose when playing the lotteries-(called voluntary taxation). I have spent the better part of 30 years in the persuit of picking winners. I did a live show at Fort Erie Race Track were I educated the public about horse racing-how to bet, introduced them to owners-jockeys-trainers-grooms-industry people and of course giving out alot of winners-(my win % was 47.3 , Mark Clements 2006 World Handicapping Champion and Ken Sholz-2009 Woodbine Handicapping Champion did the show), so they could feel more at home at the race track. If we as an industry do not get back to the ground roots, starting in the schools by getting younger people interested yes this industy and other animal betting industries are definitely in trouble

Ted Fenic is right Harness Racing will be next,but it doesn't have to be.We must remedy the problems of the breakdown in the paramutal betting system.The small pools growing smaller make many of the pools unbettable,yet we still persist with the minimun bet structure,that existed when we had big pools.This has to be changed we have to introduce 10 cent superfectas and triactors,20 cent exactors,daily doubles.and 50cent win place and show wagering,Horsemen, Track Operators,and the CPMA have to meet and implement this.Racing is not about Horses,Breeding,Trainers or Drivers its about betting,unless we attend to this horseracing is finished

I have been saying this for

I have been saying this for months and finally an article highlights the problem with allowing the industry to associate a drop in handle with a drop in interest in horse racing. This type of logic is wrong but if we as industry participants continue to allow this line of thinking it is just a matter of time before some racetrack owner will attempt the same ploy in ontario. Please start tracking ,number of owners, foals and attendance at racetracks so that we can highlight to those that ultimately decide on the future of the slots program that the interest on wagering on an antiqued betting model is not to be interpreted as lack of interest in horse racing. I bet 10% of what i bet 10 years ago but i spend 10 times as much on board and training bills, stud fees and other racing related expenses. If you listen to this argument about handle than my interest in harness racing has declined by a dramatic amount but in fact i spend more time , money and energy on harness racing than anytime in my life. I know this message will of sunk in when standardbred canada has a running total comparing number of foals on the home page instead of the decling handle statistics. I agree with Ted the declining handle section on the home page should be sponsored by the small race track operators who can one day will use it as evidence to suggest that keeping the slots and eliminating harness racing is a reasonable business model for them and the Ontario government. If you dont believe me that racetracks would take this approach, do yourself a favor and contact the orc and ask for a copy of the "sadinsky report" and spend a couple hours reading the suggestions that would dramatically change the future of harness racing in ontario. This report never gained traction in the horse racing industry because racetracks instantly threw out the "red herring" that no bank would lend them money using the new funding model and thus it would be bad for the industry. My point is this "If you dont believe racetracks will one day use declining handle to eliminate horse racing at their track than go back and read the racetracks response to the sadinsky report when it was first released". They discussed the negative impact to their business plans and not at one point did they discuss the benefits it would bring to the industry. Other than woodbine try to find one racetrack where their bottom line would be hurt by the elimination of live racing and it would take very little imagination that they would suggest that harness racing should be "put down" to not allow it to die a painful and inhumane death.

Pay attention who will do

Pay attention who will do similar with Harnes Racing!!

Harness racing is next.

Harness racing is next.

Takeout needs to be lowered while racing is on the last leg of it's casino subsidies. That is the only way it will ever become a sustainable business on it's own.

When the subsidies are gone, will racing for about 10%-20% of current purse levels keep racing alive? Of course not. That is why racetracks don't even attempt to lower takeout so handle will increase. They want it to drop, claim that harness racing is dead, and then get rid of it. They can do this because they know horsemen are so greedy and stupid that they will never understand that giving up a little of their "welfare" money now, would be returned tenfold in the future while also becoming independent without the subsidies. Independence equals power. Harness racing has no power to do anything presently and will soon become obsolete just like dog racing in the article above.