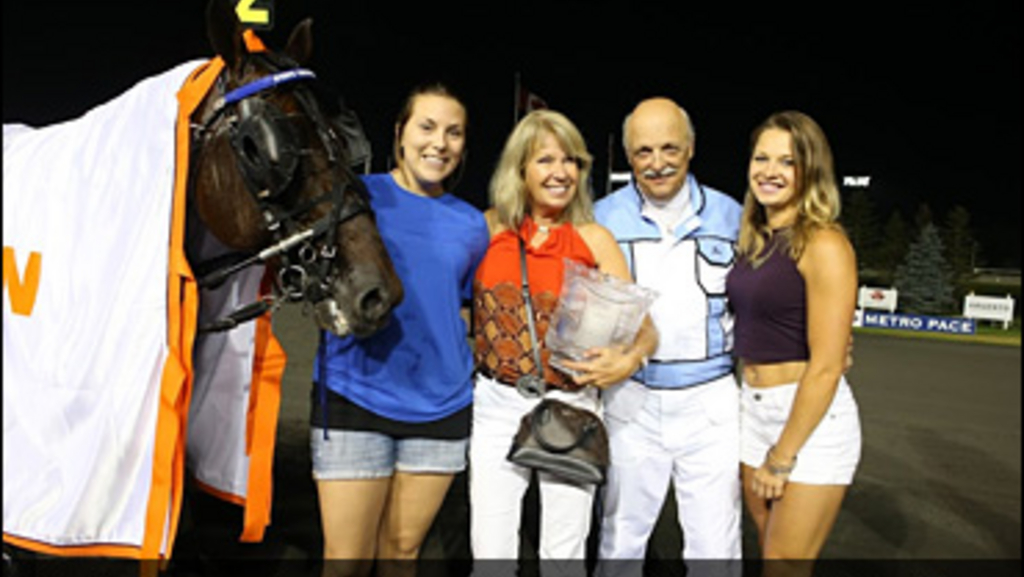 When Dr. Ian Moore heads to his stable in the morning, it will take him some time to adjust to the empty stall left by double-millionaire and Horse of the Year State Treasurer. 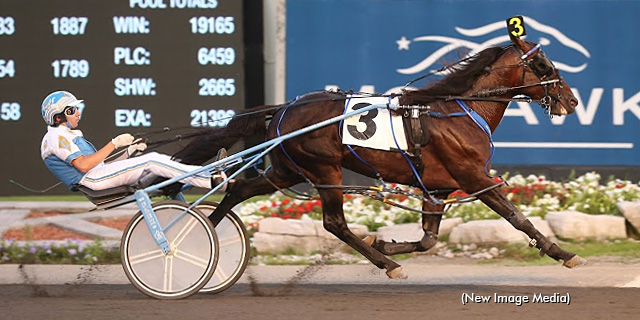 "It's going to be different not seeing him around the barn anymore," Moore told Trot Insider in the wake of his pupil's retirement. "It seems like a long time ago since July 26, 2011 when I qualified him. He came up from P.E.I., a good friend of mine, Kenny Arsenault broke and trained the colt until June of 2011.

"He had been trained in 2:04. I remember the night Kenny called me and said 'we've got one to send up to you, I think he's a real good horse'."

State Treasurer might not have been the biggest dog in the fight, but Moore was initially impressed with the colt's presence. He was even more impressed once he qualified the colt at Mohawk.

"I sat last in a field of seven, and I moved him going into the last turn and he was going so fast going by horses I stayed out a little further than I normally would because I was scared if somebody ever tipped in front of me I wouldn't get him stopped.

"He circled the field and I remember the girl who was grooming him at the time said 'I've never seen one move that fast in a qualifier before'."

State Treasurer tripped the timer in 1:57.1 in his first qualifier, then came back to Mohawk just over a week later to win his first pari-mutuel contest in 1:52.3.

"He was on his way from there...made it into all the big shows as a two-year-old. The same next year....he made a reasonable amount of money as a three-year-old and then as he turned four and got older he started to mature and become a real tough, endurance-type animal."

The final tally on State Treasurer reads 33-15-16 from 106 lifetime starts, a mark of 1:47 and $2.07 million in career earnings. Moore notes the pacer's soundness, toughness and desire were key factors in his on-track success. 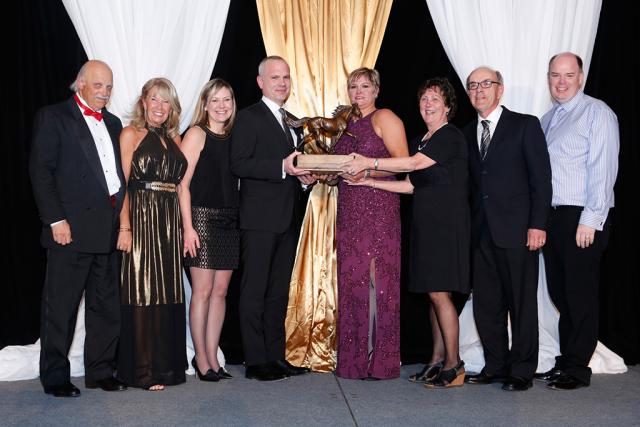 "Well, his desire was just tremendous. Right from that first qualifier, if you showed him a way to go, he'd just go and that's it...he just gritted his teeth and he's gone. He had so much desire and a will to win, which so many good horses seem to have. He didn't need a suck-along trip, he just wanted to fight and beat everything in front of him every time he raced, every time he trained, even when he jogged. It's been like a man stepping into his office. And there really wasn't a day he faltered from that.

"The other thing about him is his soundness; he's been such a sound horse all the way through. He's been sound of limb and of wind."

Moore also credited those that sat behind State Treasurer -- drivers the likes of Chris Christoforou, David Miller, Randy Waples and Paul MacDonell -- and his staff, especially caretaker Teesha Symes who has "travelled everywhere with him for the last four years" -- for contributing to the outstanding career of Canada's Horse of the Year for 2015.

But all good things must come to an end, so after State Treasurer was scratched from a Preferred event at Mohawk the decision was made to pull the shoes on the son of Real Desire and let him start his Standardbred stallion career. After discussions with owners Paul & Sally MacDonald, the decision was made to find a spot for State Treasurer in Ontario. Moore's first thought was Seelster Farms.

"They're tremendous people to deal with and they seem to manage them well and of course have done the industry and the world a whole lot of good with Camluck," noted Moore. "Hopefully 'Treasurer' might be one to replace him."

"He has every trait in him that I'd ever want in a racehorse. So if he can pass that onto his offspring, there should be a lot of good young 'Treasurers' around."

Before Moore can enjoy training progeny of State Treasurer, he can look back on the many highlights the pacer provided over six seasons of racing. The longtime horseman rewinds the calendar to August 2015, when State Treasurer took his mark of 1:47 at The Meadowlands and began a string of performances that bolstered and solidified his award-winning season.

"He's had so many good moments...I guess you'd have to say on Hambo Day when he took his record of 1:47 in the U.S. Pacing Championship," said Moore. "That would be one of the finest moments. Then he went on to win four in a row, the last of which was the Canadian Pacing Derby. That was also a big moment for me, being Canadian and right there at Mohawk."

In that four-week span, State Treasurer won all four of his starts, just missing the all-time fastest race mark (at the time) by one-fifth of a second.

Right up there for Moore among the highlights of State Treasurer's career are his three straight victories in the Molson Pace.

"I always enjoyed racing at the little tracks because that what I was brought up on in harness racing down on the east coast," confessed Moore. "Winning that once was a special treat, winning it twice was unbelievable...winning it three times, well, we were over the world."