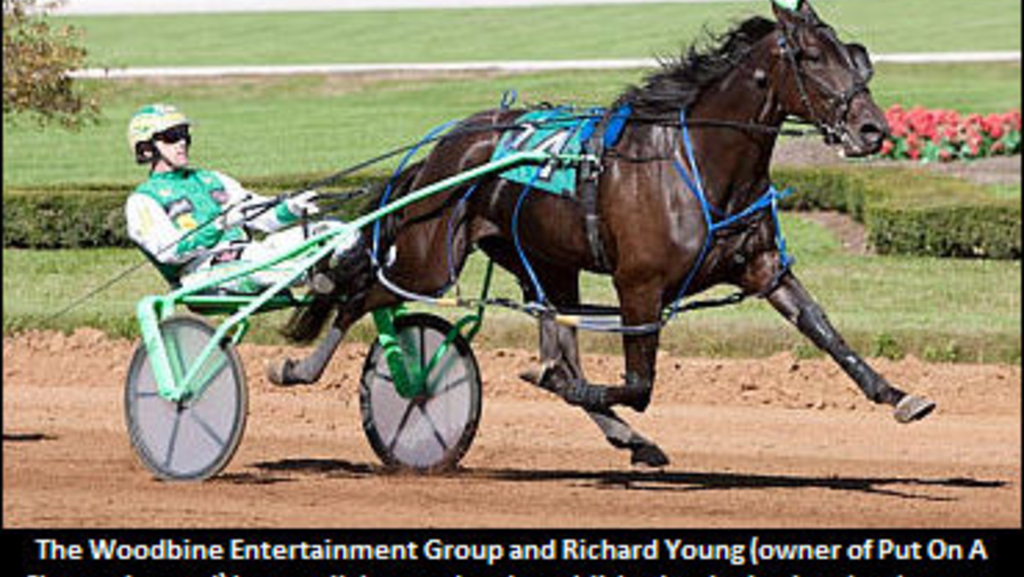 September 3 is already a prominent date on the 2011 harness racing calendar, as two Canadian classics, the Canadian Pacing Derby and Metro Pace, are both set for that Saturday evening at Mohawk Racetrack.

The date has taken on a greater importance, as a prominent

owner tries to raise awareness for a critical matter halfway around the world.

Richard Young and the Woodbine Entertainment Group have collaborated, and established an Invitational stakes race for September 3 in honour of the 'A Spring of Hope' charity.

A Spring of Hope is a foundation created by Young's daughter, Brittany, which builds wells for schools in impoverished areas in Africa.

Mr. Young approached WEG to inquire if he could help bring light to the charity and its endeavors by creating the Invitational, in which both he and WEG would co-sponsor and fund.

The $100,000 race for Pacing Mares will have WEG Standardbred Director of Racing Scott McKelvie extend invitations to horses for the event with no nomination or starting fees. In lieu of those traditional payments, the owners in the race will be asked if each would be willing to donate a minimum of $1,000 toward the cause.

An on-track promotional giveaway item is also in the plans to raise more awareness.

Mr. Young, best known recently as co-owner of the outstanding pacing filly Put On A Show, an O'Brien Award finalist this weekend and Dan Patch Award winner in the U.S., believes if he marries one of his passions, harness racing, to a chance of bringing more attention to the terrible poverty in Africa, it's the least he could do.

"I would like to thank WEG for their partnership in this cause," said Mr. Young. "A Spring of Hope has recently constructed four wells in Ugandan schools suffering from a terrible outbreak of cholera saving thousands of lives. We are grateful for this opportunity to bring awareness of the world water crisis. I am confident that owners will find it in their hearts to make a generous donation. I, myself, plan on giving 25 per cent of any earnings Put on a Show may earn should she be invited to race."

"WEG is very pleased to be part of such a unique request from gracious individuals like Richard Young, his wife Joanne and daughter Brittany," said Murray. "That such a race can help this worthy cause in a small way is the right thing to do. We also appreciate the Ontario Racing Commission's support and quick response in ensuring the concept met with its approval."

Invitees will include the finest pacing mares on the continent.

Fans seeking further details on the foundation can visit the charity's website for further information.

Well done Mr. Young and family not just for the race but even more so for the great charity thats does not chew up a huge percentage of contributions with "administration fees". How could Mr Hill not respond in the "correct" manner to this. Also I suspect many others would be glad to contribute to this cause as I will!!

Kudos to the Youngs and WEG

Kudos to the Youngs and WEG for establishing this stake. Let's hope for a full field and a great race.

I have to admit I had two

I have to admit I had two motivations for this race.First and foremost, I wanted a way for people to find out the kind of work my daughter ,family and volunteers do to help the less fortunate receive the most grievous of necessities "Water".Last month alone we estimate we saved thousands of people lives by building wells for clean water.We constantly need more funds to continue our efforts.Secondly ,I wanted an invitation race where the best mares would be invited to race to prove who really is the best mare :)A few thought a match race would be nice, but realistically that was not in the cards.Mr Hill stated he would put up money in one of his comments so it got me thinking. Ill put up money to draw attention to the charity {along with a very generous contribution from weg}and maybe just maybe we kill 2 birds with one stone.I would then hope others my be generous enough so that the charity doesnt lose money on the race.Now all we need is to get invited :) Goodluck Put on a show ,Western silk ,fancy Filly Dancinwiththestarz,Dreamfair eternal etal.