"We Don't Mind Being A Sleeper" 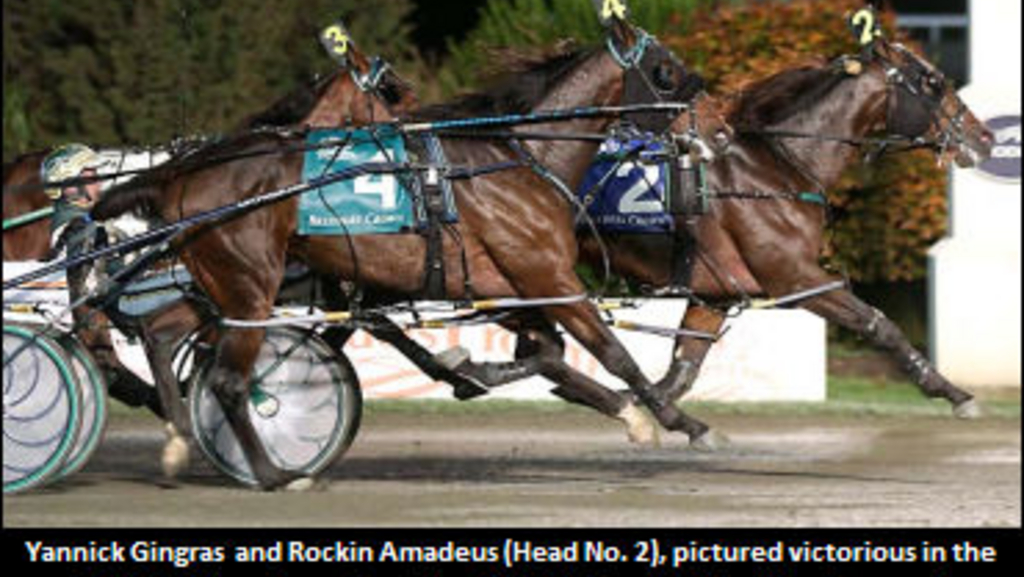 After having reigned supreme in his Breeders Crown division last year and having already recorded a sub-1:50 victory this season, it's hard to believe that Rockin Amadeus is being considered a bit of a "sleeper" in the Pepsi North America Cup hunt. Although, according to the colt's driver, the bay's connections don't mind playing the role of "sleeper."

In an interview with the Woodbine Entertainment Group's media department to plug the relaunch of its northamericacup.com website, Yannick Gingras discussed Rockin Amadeus and his optimism for the colt in the $1-million NA Cup. Eliminations will be contested June 8 over Mohawk Racetrack, while the final will spearhead a strong card of harness racing June 15

In addition to commenting on how the colt has come back this year and what he thinks of some of the top competition, Gingras took the time to discuss some of the colt's two-hole trips last year. He also stated that a change in racing strategy led to Rockin Amadeus' Breeders Crown win last fall.

"He sat in the two-hole probably five or six times last year and it never worked out for any kind of money," Gingras said. "He was a very unlucky horse. He sat the two-hole against very good horses, too. And, as I said, it just never worked out. In the Breeders Crown when we raced him a little bit differently, and, obviously, I wasn't planning on being first over, but we wanted to have clear sailing coming down the stretch and it worked out."

In listing his mount's top qualities, Gingras cited Rockin Amadeus' speed and ratability. "That's what makes him the horse that he is," Gingras said.

Gingras explained that the Jimmy Takter-trained son of NA Cup winner Rocknroll Hanover was a big horse as a two-year-old, but that he still grew quite a bit over the winter. "I don't think I've seen a horse that is as big as he was grow as much as he did," said Gingras, adding that Rockin Amadeus came back really well and powerful. "I'm looking forward to a lot of big things."

Gingras also discussed the colt's recent win in the New Jersey Sire Stakes. "He was very good. He was a little bit lazy once he cleared (to the lead), but I kicked (out) the earplugs and he gave me another gear. (After that) he waited a little bit. He likes to chase horses, there's no doubt about it, but he went in (1:) 49.4 and he was just playing out there."

Speaking of Captaintreacherous and Odds On Equuleus, Gingras admitted that he has been impressed with what he has seen so far this year. "Those two are the top two, there's no doubt about it, everybody would agree, but we don't mind being a sleeper out there. I think my horse has a chance. He's not going to go out and whack it out and win it, but hopefully we get lucky and we get it done this year."

Rockin Amadeus has been pegged as the 6-1 third choice behind Captaintreacherous (3-1) and Odds On Equuleus (9-2) in Trot Magazine's annual NA Cup Spring Book.

A joint production between WEG and Sportsnet will make the Cup the first ever standardbred race that will be shot and aired live in high-definition (HD) in Canada.