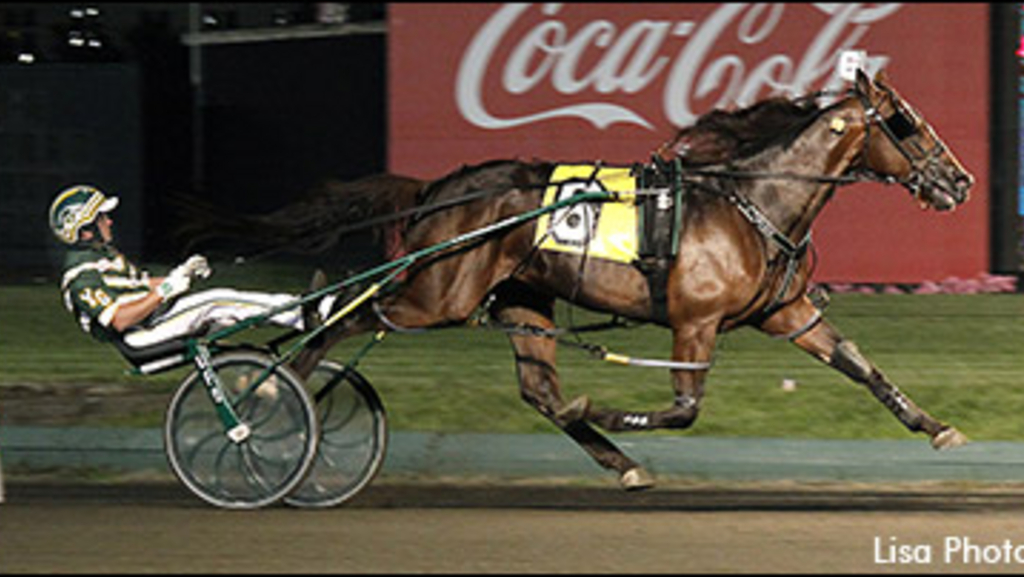 Trainer Jimmy Takter was less than a length away from winning one of the few races that has eluded him over his Hall Of Fame training career when Time To Roll finished second in the 2012 Pepsi North America Cup.

"I had him at my farm here in New Jersey."

"Basically, I just gave him a couple of weeks off after the Breeders Crown and got going with him."

"He's grown quite a bit. I mean, he was a big horse last year but he's even bigger now. He filled out quite a bit, he's a beautiful colt."

He's had three qualifiers now. When will he make his first start?

"I haven't decided yet. He might go to the Simpson on the 10th or go to the Sire Stakes the following week."

"I'm not sure yet. You have to plan week-by-week, and I'd like to stay away from the competition as long as possible. It's a long year, plus he's he's a New jersey-bred so we don't have to race against those top horses right away."

"Of course you're hoping he's going to be able to compete against the top horses so you can race him in the North America Cup, Meadowlands Pace, races like that. You cannot really set the goal right away, you have to see where the other horses go....It's a long year and you cannot be in every single dance with them."

OF NOTE: Takter could have two North America Cup hopefuls, as stablemate Source Of Pride is also being pointed for the June 15 million-dollar event. The full brother to American Jewel won his season's debut on April 20 in 1:52.1, with Takter stating that he and driver David Miller were both impressed with the colt's performance. Source Of Pride is in-to-go at The Meadowlands on Saturday, May 4.