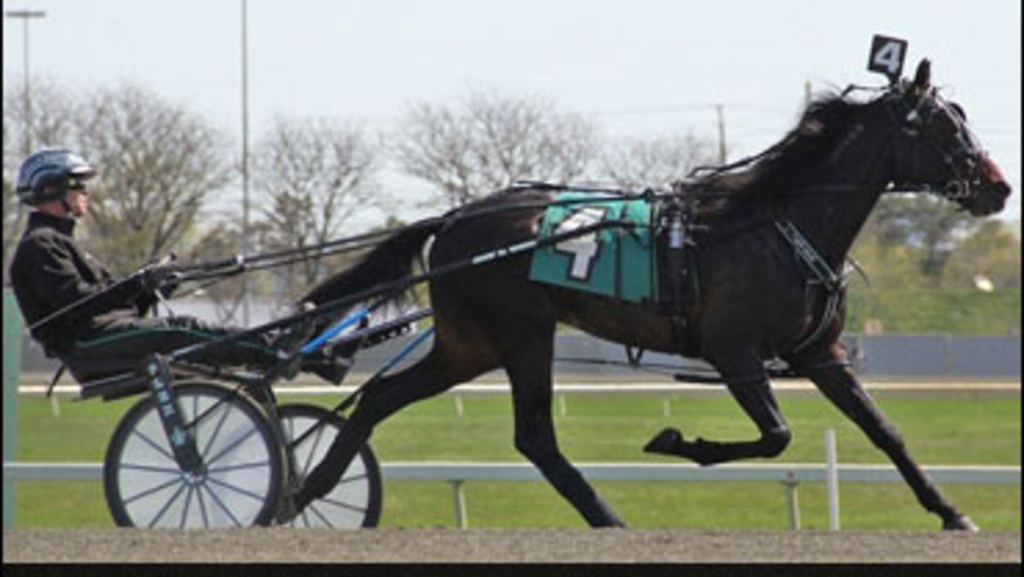 Dontyouforgetit is small in size, but races big.

A three-year-old colt who last season trotted the fastest mile ever by a two-year-old on a half-mile track, Dontyouforgetit begins his 2013 campaign in Saturday afternoon’s $139,600 Dexter Cup at Freehold Raceway. Dontyouforgetit faces six rivals and starts from post No. 7 with trainer Jimmy Takter handling the driving.

The Dexter Cup kicks off the road to August’s $1.2 million Hambletonian Stakes for three-year-old trotters at the Meadowlands. Last year’s Hambletonian winner, Market Share, began what turned into a divisional championship campaign in the Dexter Cup, but lost a shoe at the beginning of the race and finished seventh.

Among Saturday’s seven Dexter Cup participants, Dontyouforgetit and Celebrity Maserati are eligible to the Hambletonian.

Last year, Dontyouforgetit won six of 10 starts, including the Pennsylvania Sire Stakes Championship and the Standardbred Stakes at the Delaware County Fairgrounds in Ohio, where his time of 1:55.3 set the world record for two-year-olds on a half-mile oval. He won by nearly 18 lengths.

Given the colt’s size, Takter expects Dontyouforgetit to excel on the smaller tracks, such as Freehold, which is also a half-mile oval. Other than the Hambletonian Stakes, which is raced on the Meadowlands’ one-mile oval, most of Dontyouforgetit’s major stakes are on five-eighths-mile or half-mile tracks.

“I’m going to manage him more on the smaller tracks; I’m going to try to keep him there a little bit more,” Takter said. “I’m not going to rush him for the big tracks. I have some other horses I think are better on the big tracks. But who knows; size sometimes doesn’t matter. He’s got long legs; he doesn’t look that small on the track, actually.”

Takter is looking for his second win in the Dexter Cup as a driver; he won in 1994 with Mr Lavec, who went on to finish second in the Hambletonian. Takter also trained Dexter Cup champs Not Afraid (2012), Anders Bluestone (2009) and Holiday Credit (2008).

Dontyouforgetit will need to overcome a difficult post position to win the Dexter Cup. Horses win at only a 5 per cent clip from post No. 7 at Freehold. Post one is the best starting spot, producing winners at a rate of 25 per cent.

Takter hopes his colt has the intangibles to beat the odds.

“He’s got heart; he’s got it more than most horses,” Takter said. “I love his attitude. He’s got the best attitude in the barn. He’s definitely a player.”

The following is the Dexter Cup field in post position order, with listed drivers and trainers: