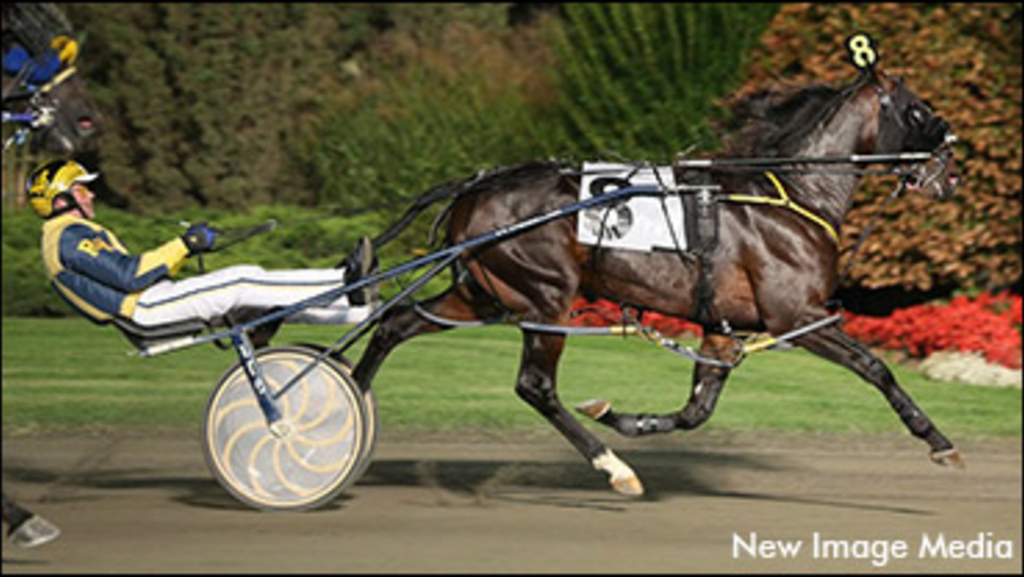 "He's definitely a horse that I think should get a lot better than he was last year. He was pretty good last year but he's improved."

"He was turned out at Ted Smith's farm in Rockwood, Ont. after the Breeders Crown until around the first of January and then he trained back in Quebec. He put quite a bit of weight on at Ted's and he came back to me in January in real, real good shape."

"He started back the first week of January."

"He's a lot taller, he's filled out quite a bit and he's certainly a lot more mature. I've been able to give him an extra inch in his hopples."

"After his qualifier his first major race would be the Somebeachsomewhere the first of June. He actually fits non-winners of three at Woodbine so I'd expect to fit him into a class like that."

"We're going to skip the Meadowlands Pace and stay a little conservative with him. Hopefully the Simcoe, Little Brown Jug, Breeders Crown. We decided to skip one of the big dances; you can't go to them all and last the whole year. Coming back at four, you don't want to over-race them at three, either."