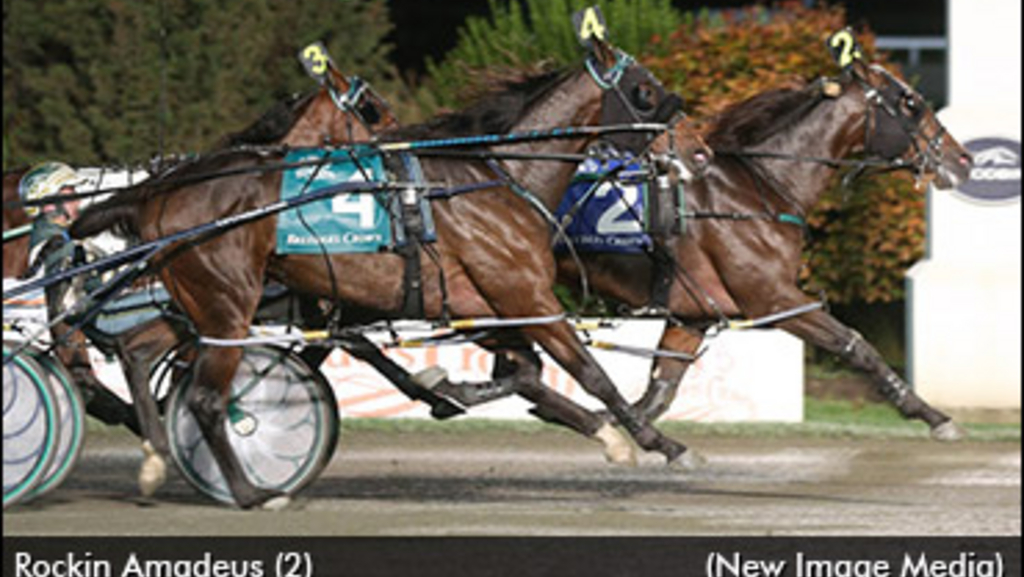 Two-year-old Breeders Crown winner Rockin Amadeus made his 2013 debut on Saturday morning at the Meadowlands along with a slew of talented stablemates from the Jimmy Takter Stable.

With Yannick Gingras at the controls, Rockin Amadeus sat the pocket for the first three-quarters of the mile and then exploded late to take his qualifier by more than six lengths in 1:54.1.

In his freshman season, Rockin Amadeus won three of ten starts and banked nearly $450,000. The homebred son of Rocknroll Hanover - Kikikatie is owned by Lothlorien of Cheltenham, Ontario and will be one of the likely favourites in the Trot 2013 North America Cup Spring Book.

Another North America Cup eligible from the Takter stable is Source Of Pride. That three-year-old full brother to standout American Jewel qualified in 1:53.4 on Saturday morning, finishing third in his split with Ron Pierce driving.