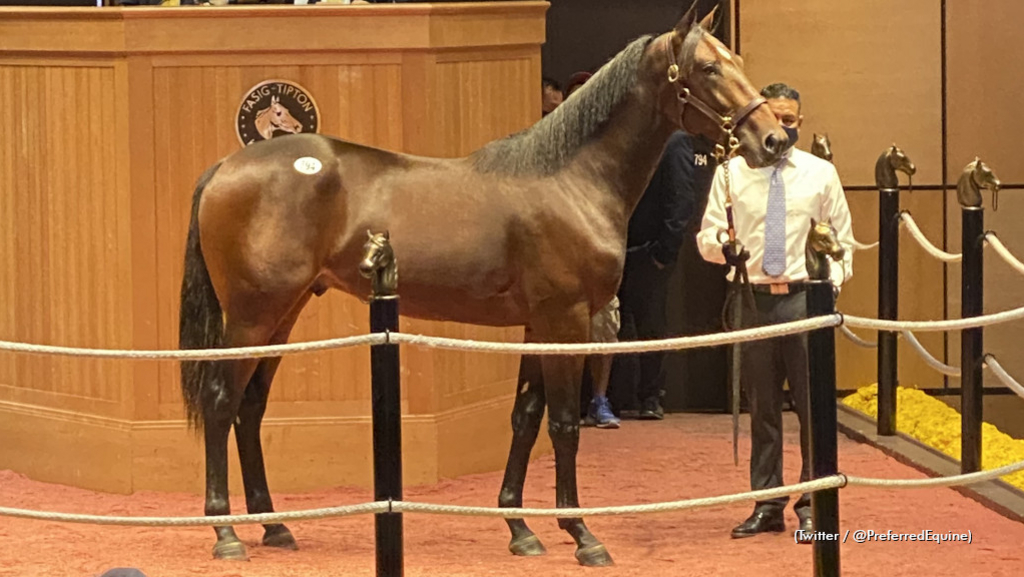 He’s won the first five starts of his career, but is Bythemissal ready to step up to elite company? Trainer Ron Burke thinks he is, so he’s sending the Downbytheseaside-Dismissal gelding into the eliminations of the $400,000 Delvin Miller Adios Pace for the Orchids on Saturday (July 23) at Hollywood Casino at The Meadows.

The $25,000 eliminations go as Races 8 and 9, with Bythemissal and driver Chris Page leaving from Post 5 in the second elim. The card also features a pair of stakes for three-year-old filly pacers: a $132,231 Pennsylvania Sires Stake and a $60,000 PA Stallion Series event. First post is 12:45 p.m.

Bythemissal hasn’t exactly been beating chopped liver, as he owns a pair of Ohio Sires Stakes victories this year and a mark of 1:50.1 on the half-mile track at Northfield. But he’ll be going head to head with Pepsi North America Cup champion Pebble Beach, a level of competition that will be new to him.

The original ownership group purchased Bythemissal as a yearling for $135,000 at Lexington. Then, after only a single start at two, they offered Burke and his partners a chance to kick the tires, so to speak, to see if they wanted in.

“They let me train him down before we bought into him,” Burke recalls. “No horse that we had could beat him.”

He noted that by the time his group signed on, Dismissal was valued at “significantly more” than $135,000. The ownership group now includes Burke Racing Stable, Eric Good, Rich Lombardo Racing LLC and Weaver Bruscemi LLC.

Bythemissal’s speed shouldn’t be regarded as freakish, as his dam-side pedigree is particularly sparkling. He’s out of a half sister to Her Mattjesty, who banked $331,889 and paced in 1:51f. Moreover, her dam, Lady Hathaway, was inducted into the Harness Hall of Fame on the strength of her broodmare credentials.

As for his current form, it's next level stuff.

“We trained him in 1:49, last quarter 26, with the cones out,” Burke says. “We had to train him by himself because no other horse could keep up with him.

“I hope he has enough starts in him, but he’s very professional. He has a decent amount of stakes left at the end of the year, and we may supplement him to other things. He was meant to be special, and I think he is.”

“He’s very talented but erratic as hell,” Burke says. “He can win or he can finish last, but he’s learning, he’s moving forward. His last few have been more consistent. The perfect trip for him would be to watch them battle and close late.

“Both of my horses are at least interesting.”

The first four from each elim, along with the fifth-place finisher with the higher career earnings, return for the $300,000 final on July 30, when the Adios anchors a blockbuster program featuring six Grand Circuit stakes. First post on Adios Day is 11:45 a.m.

Here are the eliminations fields in post position order with drivers and trainers: