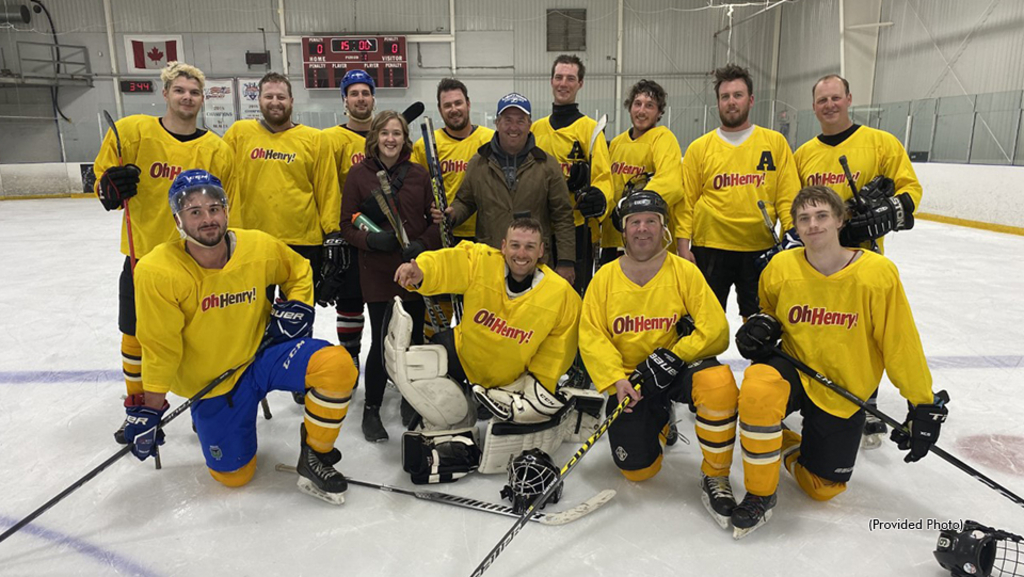 Following the lead of his beloved Tampa Bay Lightning, Trevor Henry was hoisting a trophy of his own at centre ice on Sunday (May 1) after managing/coaching his Oh Henry! squad to victory in the 2022 Horsemen’s Hockey Tournament.

Henry’s team ran through the competition with a perfect record of 4-0, including an 8-2 beating of Team Jody Jamieson in the championship game. Goaltender Louis-Philippe Roy was stellar between the pipes for the champs, while those playing in front of him found instant chemistry to back-up the drafting of their manager.

Although the name of Trevor Henry will be etched on the trophy, those around the team chalked up the victory to great managing from Henry's daughter, Tess.

The members of the winning team are listed below:

This year’s Horsemen’s Hockey Tournament was the first contested since 2019. A total of five teams competed in the tournament, with managers Henry, Jamieson, Doug McNair, Rob Fellows and Anthony Haughan drafting their respective teams from a pool of over 60 players.

The event was a success and organizers are planning to host another tournament in 2023.

The Horsemen’s Hockey Tournament was largely made possible thanks to the generosity of its sponsors. The organizers would like to thank the following groups and individuals for their support: