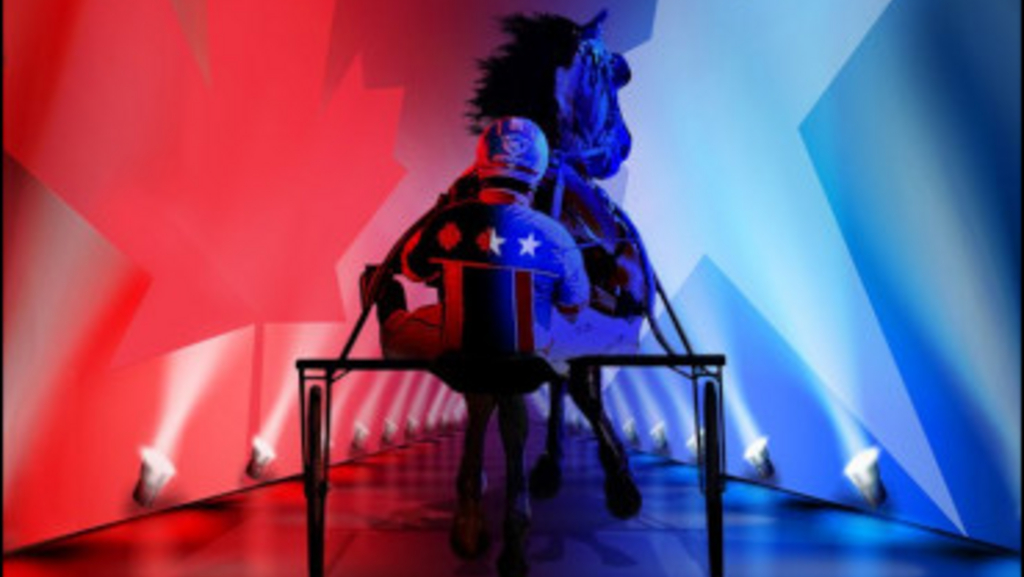 The stage is set for Canada's premier event for three-year-old male pacers, the Pepsi North America Cup. On Monday (Sept. 6), post positions were drawn for the 38th renewal of the million-dollar classic, which will take place Saturday (Sept. 11) at Woodbine Mohawk Park.

By virtue of their victories in last Saturday's elimination races, the connections of Bulldog Hanover and Perfect Sting won the right to select their post positions in the 10-horse field.

Bulldog Hanover, who mowed down pacesetter Rockyroad Hanover in the final eighth of a 1:49 mile to win the first elimination, will start from post 4. Jody Jamieson will again drive the Shadow Play colt for trainer Jack Darling.

Perfect Sting, who held his ground resolutely to win the second elimination in 1:49.4, will start from post 3. David Miller will drive the 14-time winner for trainer Joe Holloway.

The remaining eight horses who earned berths to the North America Cup took part in an open draw for the remaining posts, which aired on the Woodbine Mohawk Park broadcast in advance of Monday's races. The complete draw is as follows:

The North America Cup headlines a blockbuster card at Mohawk, which also features the Fan Hanover, for three-year-old pacing fillies; the Goodtimes, for three-year-old trotters; and the William Wellwood Memorial and the Peaceful Way for two-year-old trotters. First post is 6:30 p.m. Eastern; the North America Cup is slated to go off at 10:42 p.m. and will be broadcast nationwide on TSN.

When deciding who to wager on

When deciding who to wager on to win this race, consider this: Perfect Sting has not been the first horse to cross the finish line in any race this year which had a purse of $100,000 or more. His only victory in a >$100k event was in a sire stakes race, by DQ.