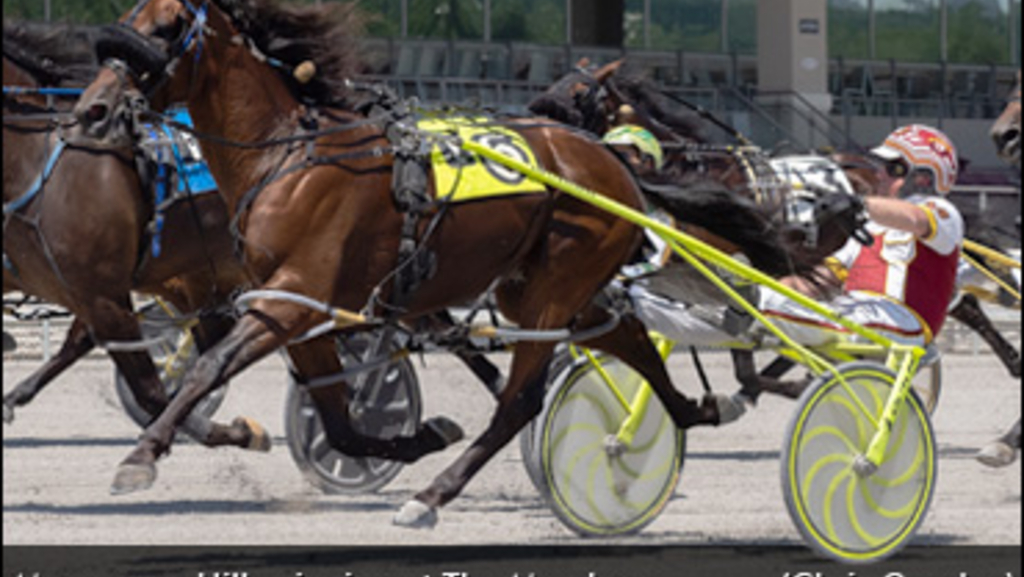 While trainer Carmen Auciello sends out eight horses on Saturday night at Woodbine Mohawk Park, the pupil he'll be most eager to watch this weekend will likely be the one racing stateside in the first leg of pacing's Triple Crown.

Auciello recently took over the training duties of sophomore pacing colt Moneyman Hill, one of eight three-year-olds set to head postward in the 2020 Cane Pace during the Hambletonian Day stakes-packed card of harness racing at the Meadowlands Racetrack.

Trained as a two-year-old by Brian Brown and then conditioned earlier this year by Chris Ryder, Moneyman Hill's former connections placed the horse for sale online where a group of owners --Percy Elkins of Milton, Aaron Waxman of Carlisle, Ont. and Fox Racing Inc. of New York, N.Y. -- paid $86,000 to secure the stakes-winning son of Somebeachsomewhere and Beyonce Blue Chip.

“We bought him on OnGait -- my client Aaron Waxman was the first to spot him, he liked him but he really only liked him for up to a price of $75,000,” Auciello told Trot Insider. “He was trying to find some partners to go in on him and then out of the blue one of my other clients -- Percy Elkins -- called me because he had also seen the horse for sale and asked me to get a group together to purchase the horse.

“Percy was willing to go up to $150,000 on him but I didn’t think he would sell for that much so it all kind of worked out perfectly. We also had some interest from Larry Fox as well and we all came to the conclusion that $100,000 for the horse seemed about right.”

Auciello is more than thrilled to obtain a stakes-sustained three-year-old with this amount of upside, and is quite enthusiastic about the colt’s future. 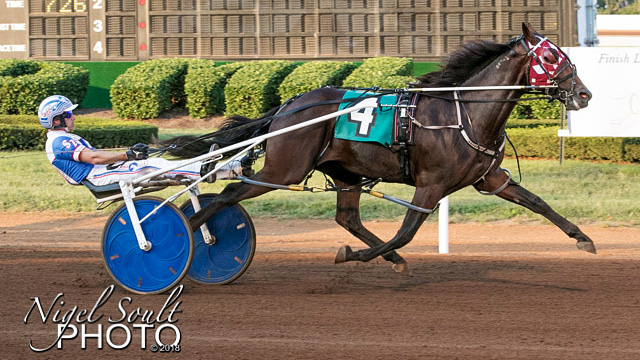 Moneyman Hill, winning at The Red Mile in 2019

“It’s not every day that you get an opportunity to buy a horse like that -- especially for me,” said Auciello. “If he shows that he is competitive in the Cane Pace, then we’ll bring him up to Canada for the North America Cup. The Messenger at Yonkers is also on my radar because he’s such a handy horse and has very good gate speed. We are also looking at the Little Brown Jug for him as well.”

Although Moneyman Hill will enter the Cane Pace at morning line odds of 12-1, his connections are fronting a positive attitude with a can’t-win-it-if-you’re-not-in-it outlook.

“It’s a little bit of a pipedream,” noted Auciello. “I’m sure that some people who saw him entered in the Cane Pace this week were probably surprised but if you don’t give them a chance to overachieve then they never will. Even if he can’t make money in the big races, I still think he is a really nice colt and has a very bright future. We don’t want to get his heart ripped out either but at the same time we want to give him a bit of a chance to show us what he can do and have a bit of fun with him.

“With Papi Rob Hanover having to be shut down and a few of the other good ones ineligible for the race we figured that the race would basically set up with Tall Dark Stranger as the favourite and then everyone else. With only eight horses in the race and getting 1% of the purse, there really wasn’t a lot of risk in entering him.”

Auciello also recognized that the current climate of racing in North America with the coronavirus pandemic creating a contracted stakes schedule may have played a role in a horse like Moneyman Hill being available.

“With this season being a bit more condensed with everything surrounding COVID-19, you have a little bit more opportunity to pick and choose which races to enter and you can somewhat gauge where all the other horses are going. Typically the North America Cup would never really conflict with any other stake races but this year it conflicts with the Messenger eliminations because so many stake races had to be condensed. We did in fact shell out a lot of money for him but he has so many opportunities.

“We know he’s not a home run but if you finish fifth in the Messenger which goes for half a million dollars, that's around $40,000 and that's half your purchase price. He’s not going to go out and win the N.A. Cup but you can’t win it if you’re not in it and that’s the way we looked at it.”

Moneyman Hill’s connections were also pleased with his first start under new management. The gelding finished fifth in an overnight race at The Meadowlands on August 1, pacing his own mile in 1:50.1.

“When we bought him, we purchased him on a Friday and by the time the wire payments and everything went through, we didn’t pick him up until Monday afternoon and we didn’t want to bring him home and train him a hard mile so he may have been a step short in his last race but Dexter really liked him.

“He is an aggressive horse, he doesn’t like to settle when he’s in a hole so we’re going to make a couple of changes on him to try and get him to relax a little more and respect the bit a little more because we don’t want him on the front every week. I wouldn’t say he’s green but I think his last few starts where he was sent down the road just had him wound up too much,” noted Auciello.

As much as Auciello would have loved to be in attendance on Hambletonian Day, he will have to cheer Moneyman Hill from north of the 49th parallel for the time being.

“It would have been nice to get to go down and watch him race but the quarantining rules and restrictions put a damper on that. If he does go to the Little Brown Jug...that’s a race that I don’t think I would ever want to miss so I think I would find a way to make that happen.”