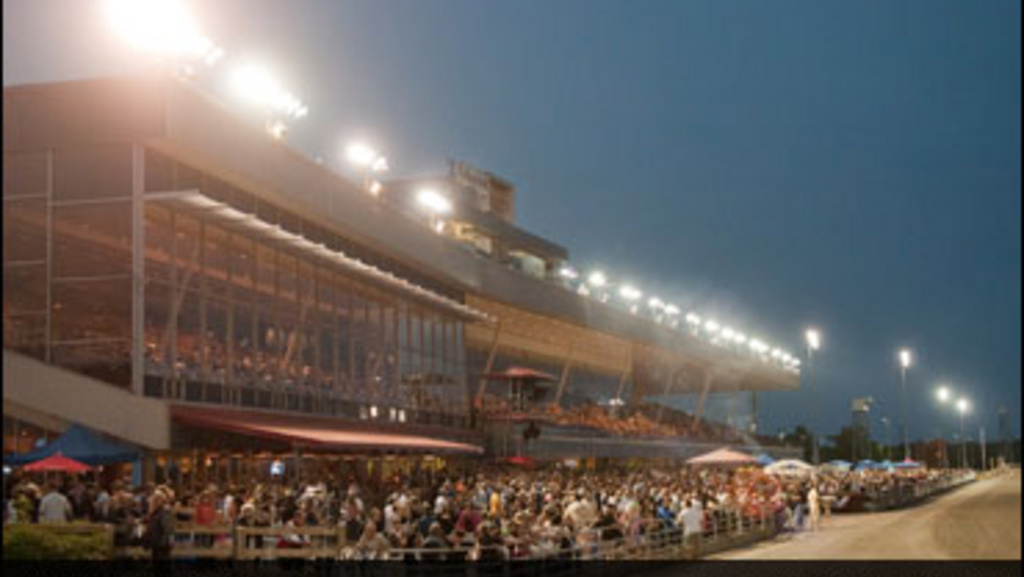 The pacing stars of today and tomorrow are set to clash at Mohawk Racetrack for the Canadian Pacing Derby, Metro Pace and Shes A Great Lady.

The entry box for all three major events closed Tuesday morning with no eliminations required for the Canadian Pacing Derby, as 10 of the sport’s finest older pacers were entered, sending them directly to the $616,000 final on Saturday, September 3.

The Metro Pace and Shes A Great Lady Stakes will need eliminations this Saturday (August 28) to determine the finalists for September 3.

A total of 25 two-year-old pacing colts and geldings were entered in the Metro for three $40,000 eliminations, while 15 rookie pacing fillies were dropped in the box for the Shes A Great Lady for two $35,000 eliminations.

The Canadian Pacing Derby is Canada’s oldest stakes race and the 2016 edition has attracted a field of superstars.

State Treasurer, the reigning Canadian Horse of the Year, is back to defend his ‘Pacing Derby’ crown against several of harness racing’s giants.

Always B Miki, last year’s Breeders Crown champion, will be returning to Mohawk for the first time since his track record 1:47.1 performance in the Mohawk Gold Cup. The Jimmy Takter trained five-year-old has won six of 10 starts this season, including the Ben Franklin and William Haughton Memorial. The world champion is approaching double-millionaire status and holds a mark of 1:47.

Wiggle It Jiggleit, the 2015 U.S. Horse of the Year, will look to become the third four-year-old to win the Canadian Pacing Derby in the last 10 years. Trained by Clyde Francis for George Teague, the son of Mr Wiggles has earned over $1 million this season to bring his career bankroll to over $3.3 million. Wiggle It Jiggleit has won 34 of 45 career starts and holds a career-mark of 1:47.2.

Shamballa will look to defend his home track for trainer Rick Zeron. The six-year-old son of Somebeachsomewhere captured the U.S. Pacing Championship earlier this month at the Meadowlands Racetrack in a career-best 1:47.1. A local fan-favourite for his outstanding closing speed, Shamballa is a three-time winner this season and has hit the board in eight of 10 starts. The Zeron trainee finished second in last year’s Pacing Derby.

Despite facing some stiff competition, State Treasurer has recently found his best stride of the season after having dealt with an injury. The Dr. Ian Moore trainee was scratched from an August 6 start after he stepped on a nail, but has since returned and won two consecutive starts, including a 1:48.3 effort last Saturday at Mohawk. A winner of over $2 million, State Treasurer will be competing in his third consecutive Canadian Pacing Derby.

The Metro Pace appears wide open heading into this Saturday’s three eliminations. The top three-finishers from each elimination, plus a fourth-place finisher drawn by lot, will advance to the $661,000 final.

The first elimination features Ben Baillargeon trainee Rock This Way (PP4, Mario Baillargeon), who pulled off a 65-1 upset in a division of the Nassagaweya last Saturday. The son of 2005 Metro Pace winner Rocknroll Hanover stopped the clock in a national season’s best 1:51.3.

Calvin K (PP5, Jody Jamieson) has the highest earnings of the 25 rookies in this year’s Metro Pace, with $114,220 earned through seven career starts. The Ontario Sires Stakes standout was second in his Nassagaweya division for trainer Tony O’Sullivan.

The second elimination features Macs Jackpot (PP7, Sylvain Filion), who won the other Nassagaweya division last Saturday. The son of Somebeachsomewhere recently joined the O’Sullivan barn after racing south of the border for Jim Campbell. The third foal out of $1.3 million winner Michelles Power, Macs Jackpot has won three of six starts for just under $80,000 in earnings.

The final elimination has a several intriguing competitors, including Southwind General (PP7, Jody Jamieson) who is jumping from the OSS Grassroots to Grand Circuit competition in just his second start. The Jack Darling-trained son of Sportswriter was a $110,000 yearling purchase and won his debut by more than eight lengths.

Bettors Dream (PP8, Tim Tetrick) will also compete in the final elimination. The son of Bettors Delight won the Dream Maker Series final in convincing fashion, but suffered his first loss last Saturday in the Nassagaweya. The Scott McEneny trainee finished second after hooking up in an opening-half battle of :53.4.

The Metro Pace eliminations have been carded as Races 3,4,8.

The Shes A Great Lady Stakes will have two eliminations with the top-five finishers from each split advancing to the $427,000 final.

Candlelight Dinner (PP6, David Miller) has been the talk of the town in recent weeks and the undefeated pacing filly will star in the first elimination. The Casie Coleman trained daughter of American Ideal has won four in a row to begin her career, including victories in the Eternal Camnation and Whenuwishuponastar. Candlelight Dinner was a $110,000 yearling purchase.

The second elimination will see the Mohawk debut of Somebeachsomewhere filly Idyllic Beach (PP8, Yannick Gingras). The first foal out of $1.3 million winner Idyllic, Idyllic Beach has won three of four starts to begin her career. The Takter trainee has made each of her starts in Pennsylvania.

The Shes A Great Lady eliminations have been carded as Races 2 and 6.

The post positions for the $661,000 Metro Pace and $427,000 Shes A Great Lady finals will be drawn following the eliminations on Saturday.

Below are the fields for the Metro Pace and Shes A Great Lady eliminations.