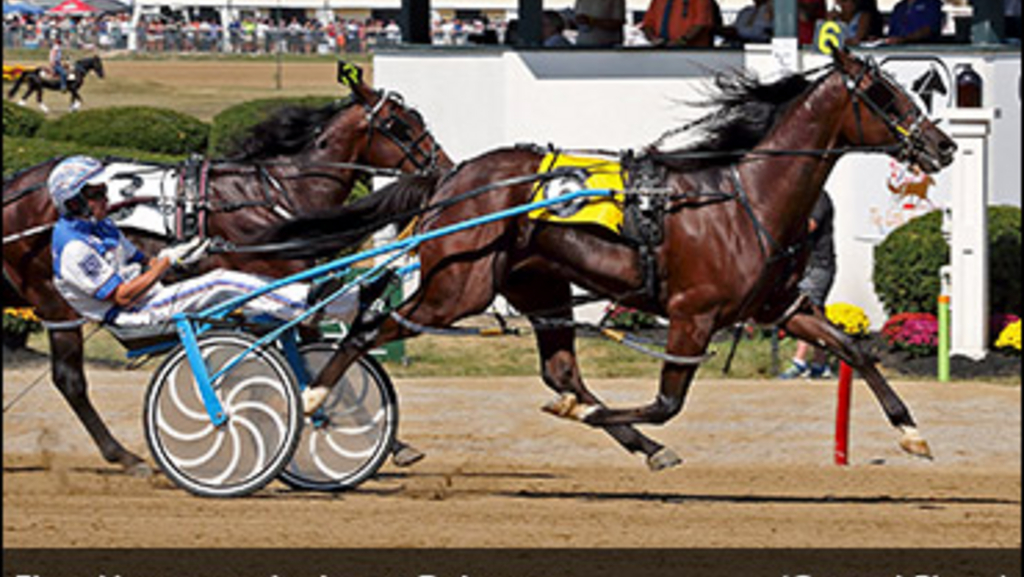 After winning his first 10 career starts, Elver Hanover has found himself on the other side of a streak, dropping three races in a row. He will look to halt the skid Saturday (Aug. 15) when he meets seven rivals in the $250,000 Carl Milstein Memorial at Northfield Park.

Ocean Rock, who set a world record at Northfield last season and handed Elver Hanover his first loss with a track-record performance at Scioto Downs in July, leaves from post eight and is 8-1.

“We’re in a good spot,” Page said. “There’s going to be plenty of action, and I’ve got a lot of options in the race. My horse can do it any way I want him to.

“It’s going to be a fun race to watch and a better race to drive.”

Elver Hanover, a son of Yankee Cruiser out of Edra Hanover, won all nine of his starts at age two. He captured the Ohio Sire Stakes championship at Northfield in 1:51.2 over a sloppy surface, missing Ocean Rock’s world record for a two-year-old gelding pacer on a half-mile track by one-fifth of a second. Two starts later, he became the fastest two-year-old male pacer in history with a 1:48.3 win in a Bluegrass Stakes division at Lexington’s Red Mile.

He battled sickness earlier this year, resulting in a nearly month-long gap between qualifiers, but won his seasonal debut in a division of the Ohio Sire Stakes at Scioto on June 26.

After suffering his loss to Ocean Rock in an Ohio Sire Stakes split three weeks later, he finished third in his elimination of the Adios and fifth, beaten one length from post nine, in the final.

“When you have a horse that went undefeated last year and set a world record, he’s got pretty big shoes to fill, high expectations,” Page said. “This year, he’s still racing very good, and just missing. He was fifth in the Adios and just as easily could have been second. It was a blanket finish.

“The horse is getting tighter each week, better every start. I look for him to race very good. He’s raced on that (Northfield) surface before, so he’s familiar with the track. He gets around a half good. I think it’s all system’s go this weekend. Hopefully all the stars align for us come Saturday.”

Elver Hanover is trained by Ron Burke and owned by Burke Racing, Bridgette Jablonsky, Jason Melillo, and J&T Silva-Purnel & Libby. He has earned $422,700 in his career.

Racing at Northfield begins at 6:00 p.m. Saturday. The Milstein Memorial is race 10, with an estimated 9:00 p.m. (EDT) post time. The event is named in memory of the former longtime owner of Northfield Park, Carl Milstein, who passed away in 1999.

In Elver's last appearance at

In Elver's last appearance at Northfield, on 9/1/19, the track was such a sloppy mess that they could have used a rowboat rather than a starting car.