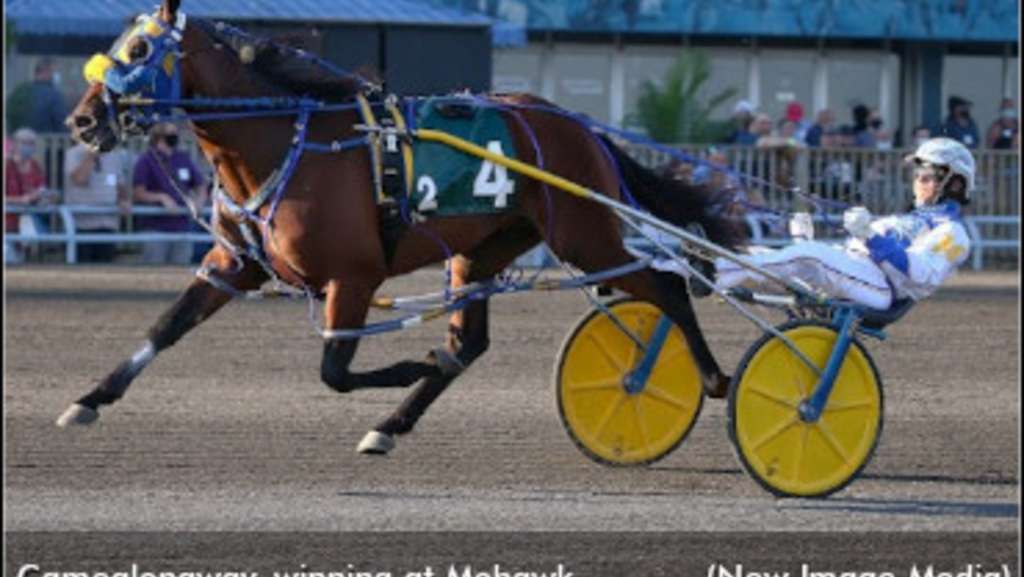 “I would rather be the favourite than the long-shot.” In the field of nine, Camealongway looks to fit in very well with his competition, but he drew an interesting position that he has never experienced before. “He looks good in there. He drew good although I would prefer to be on the gate. He drew the nine and he’s never trailed before because he’s just a baby.”

The young colt’s name is strangely accurate to the start of his journey. “The horse has been named very appropriately. Normally, I buy a horse at the yearling sale and then my partners would buy in but for some reason, no one wanted to buy in on this one,” Coleman Herlihy noted. “He didn’t look like he was going to be a superstar so there was no reason to keep him as a stud, so I gelded him. After gelding him, I never had a horse go so south so quick. He fell apart and he could barely walk let alone pace. We discovered that he had EPM (Equine Protozoal Myeloencephalitis) quite badly. I’ve never seen it react to a horse like the way it did to him.”

Camealongway (Sportswriter - Planet Ocean) has been able to bounce back from his early adversity and has put together a very notable start to his career. He started with getting a win in his first start at Harrah’s Philadelphia, easily handling his rivals over the five-eighths mile oval in 1:54.3. He then had two starts at Woodbine Mohawk Park where he finished first (winning in 1:52.2) and second (three-quarters of length back and timed in 1:52).

In his brief career, he has already accumulated $82,500 in winnings but this level of early success was not foreseen early on. “If you had asked me three months ago, he for sure has exceeded those expectations,” admitted the multiple award-winning trainer. “He’s kept getting faster miles and everyone who has sat behind him says he’s really got an engine in him. I’ve been expecting big things from him out of late.”

Coleman Herlihy has won her fair share of major stakes races but oddly enough the Battle of Waterloo has been one that has evaded her thus far.

“This race has been one of my nemeses. I don’t know why, but it would be really nice to win that race,” noting that she’s had her chances, but luck was not on her side. “There was one year (2014) I had four horses in the finals, and they were all favourites, but they ended up bumping into each other and running each other down [and finishing third through sixth].”

Coleman Herlihy is inching closer to 10,000 lifetime starts as a trainer and could easily hit that mark in the coming weeks. “It’s been a lot of fun. Starting out, I would have never thought I would have ended up with that many starts.” Her start on Monday evening’s Battle of Waterloo elimination is set to be her 9,995th start and if her morning line favourite gets the job done from post nine it would lifetime win #2,377 — or #2,378 if Captainofrocknroll wins on Sunday at Harrah’s Philadelphia. She has nearly $64 million in earnings as a trainer, ranking her among the top 10 in harness racing history, and looks to add another $127,500 with a maiden-breaking Battle of Waterloo title.