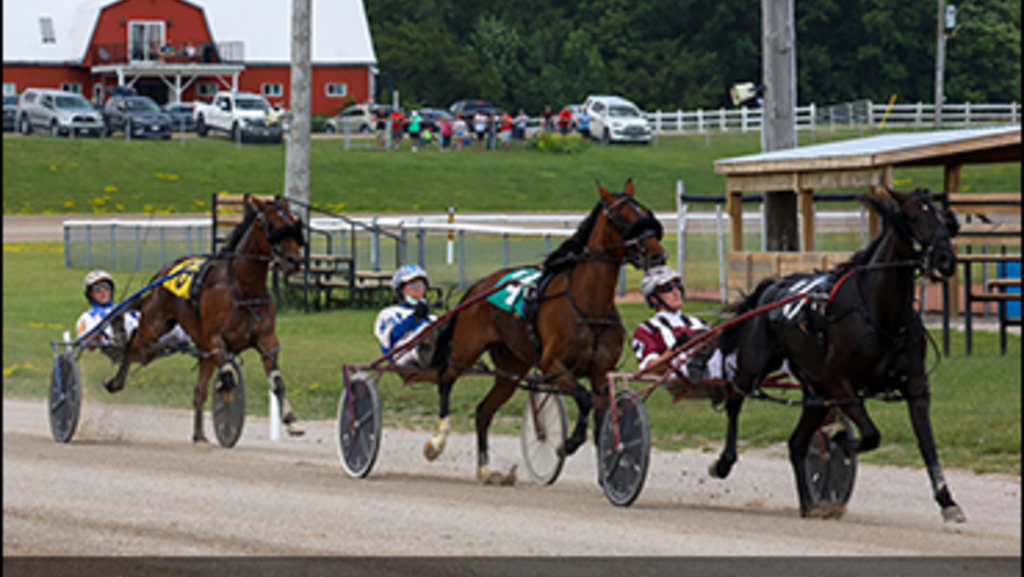 After three eliminations for the 2021 Kin Pace, a stellar field of eight Ontario-sired three-year-old fillies have emerged to battle for the lion’s share of $58,300 on Sunday (July 4) at Clinton Raceway.

The Kin Pace pays homage to the early days of Clinton Raceway, when the Kinsmen and Kinette Club introduced pari-mutuel wagering to the grassroots track in 1970. The Kin Pace plays host to Ontario-sired three-year-old pacing fillies, and has proved to be a key stepping stone for many top mares in the sport.

A deeper look at each of the Kin Pace finalists follows.

1. Jackieofalltrades (R. Shepherd, A. Beaton, 9-5)
This three-year-old Betterthancheddar filly lived up to her heavy favourite status in the final of three eliminations, stepping away from competitors with a strong :28.2 closing kick. Jackieofalltrades will be tested in this Sunday’s final, but with a favourable post position, she should be a major contender.

2. Bet Light (J. MacDonald, C. Auciello, 12-1)
Bet Light raced well in her Kin Pace elimination: She was forced to move three wide to get around tiring outside flow while closing into soft fractions. This Bettors Delight filly will be in tough for the Kin Pace Final, but with the right trip, she could pick up a top-five finish.

3. Sports Duchess (J. Jamieson, B. MacIntosh, 6-1)
Sports Duchess rode the pocket trip to a second-place finish behind Jackieofalltrades; she closed the distance but was unable to pose a threat to the elim winner. The Blake MacIntosh trainee picks driver Jody Jamieson, who looks for back to back wins in the Kin Pace. With hot early fractions, Sports Duchess could be a win factor if Jamieson can work out the right trip.

4. Saulsbrook Olympia (B. MacDonald, B. Lee, 5-2)
Saulsbrook Olympia was quite impressive in her elimination and proved why she is undefeated in 2021. This Big Jim filly earned her spot in the final with a four-length victory. With a speed badge of 1:55.3 over a half, she will be a serious win threat.

5. A Better Game (D. McNair, B. MacIntosh, 6-5)
A Better Game was the fastest elimination winner this past Sunday with a mile time of 1:56.4. After a less than stellar start, driver Doug McNair utilized her high-end speed to roll three-wide and grab the lead turning for home. This performance has earned her 6-5 morning line favourite status, and driver Doug McNair will look to take home his fourth Kin Pace title.

6. Havartiwon (N. Steward, R. Steward, 15-1)
Local favourite Havartiwon has made every start at Clinton Raceway this season and showed her comfort level on the Huron County oval, cruising to a third-place finish. She may be the longest shot on the morning line, but there won’t be any lack of fan support for this Betterthancheddar filly.

7. Sweet Pink (J. Drury, N. Gallucci, 4-1)
Sweet Pink is at the mercy of post position 7 for this week’s final, but if last week's performance was any indication of her ability to go with the best, she will be a major upset factor.

8. Divine Deo (S. Filion, M. Barrieau, 8-1)
Divine Deo was a strong closer in her elimination, pacing a final quarter of :28.2. She will be in tough for this week’s final, but picks up driver Sylvain Filion, whose career statistics speak to his ability to get the job done in big races.

The 2021 Kin Pace certainly offers a sneak peak to the future top mares in the sport. These eight fillies will look to follow in the footsteps of O’Brien Award-winning mare, So Much More, who finished second to Significance in the 2019 edition.

To make a reservation to attend Sunday’s race card at Clinton Raceway, please visit this link.