See You At Peelers Ready For Rooney 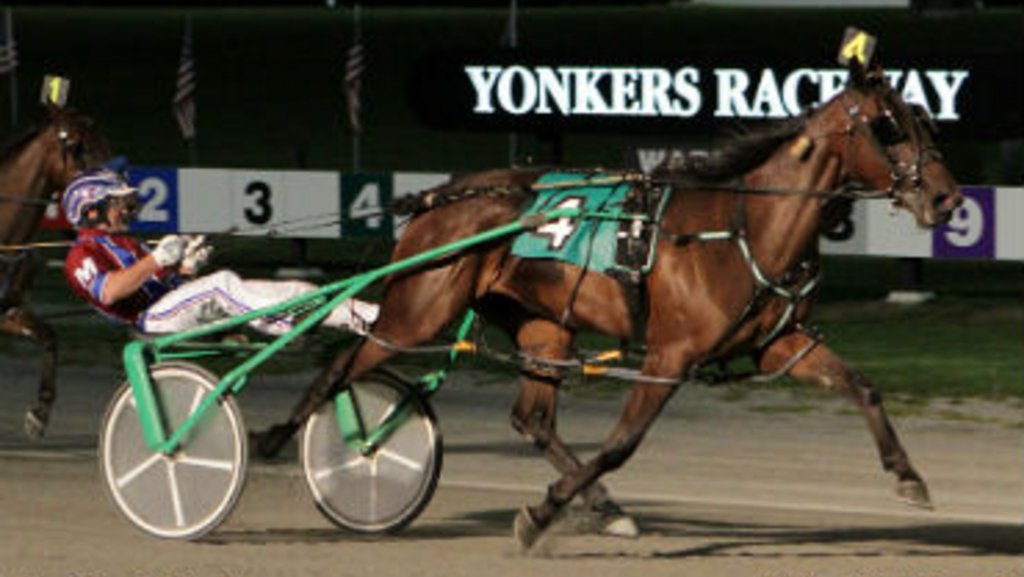 It is the presence of See You At Peelers, competing against the colts (and one gelding) for the first time, which makes this re-enactment of the Rooney unlike any other. Not only is she the first girl to race in the Rooney since the event's inception in 1989, she's also the first "perfect" entrant in the race's history.

With 15 wins in as many career starts (13-for-13 and a divisional champion at two) and earnings of $727,486, the New York-bred daughter of Bettors Delight also brings a 3-for-3 local record into her Westchester return. She hits town fresh from a life-best 1:49.2 effort in Sunday's $279,175 final of the Empire Breeders’ Classic at Tioga Downs. That mile also matched the world record for her age and gender on a five-eighths oval.

As a frosh, See You at Peelers won both of her New York Sire Stakes legs at Yonkers Raceway, then rolled in the $200,000 finale. Her 1:54.2 mile that night equaled the track record for rookie pacing lasses. She went on to win the $600,000 final of the Breeders Crown at Pocono Downs.

Jimmy Takter trains for his wife, Christina, along with Jim and John Fielding. Marcus Johansson, the trainer's son-in-law, has the assignment.

"She's never been totally extended," Johansson said. "I did have to go faster than I would have liked with her (at Tioga), but she came out of race in good shape and we're all looking forward to Saturday.

"What makes her so good on the small tracks, I think, is her athleticism and her fantastic balance," Johansson added. "As far as facing the boys, it's not something I've thought about, but Jimmy had said all along that it was the plan, and the Rooney just happened to be at the right point in her schedule to try it now."

Here are the fields for the finals:

(note that Line Officer, Rollwithitharry and See You at Peelers shall race as a common-ownership entry, while Avenue Hanover and Vincent Fra, both trained by Steve Elliott, are uncoupled due to bona fide separate ownership)