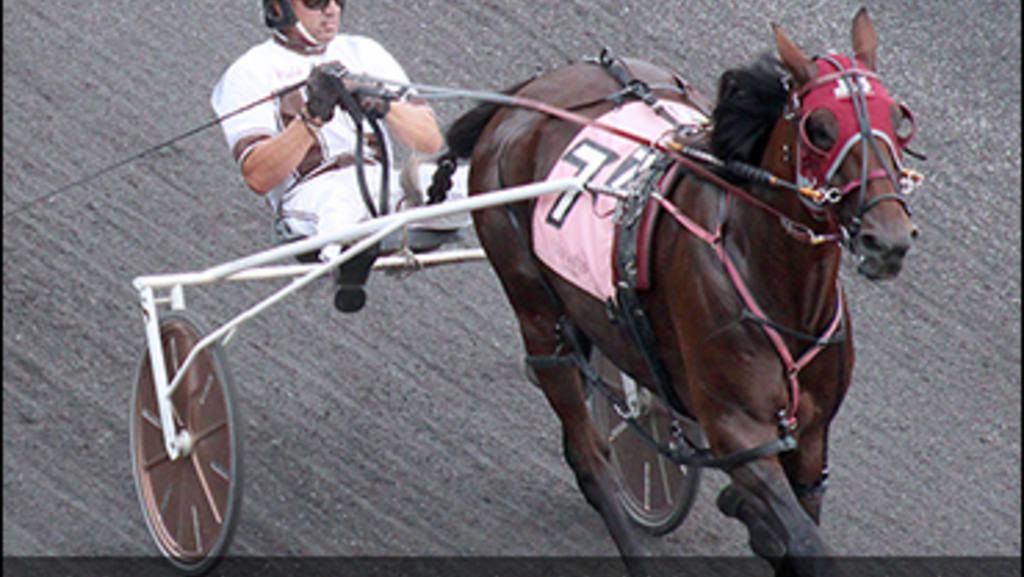 Nicholas Beach, This Is The Plan and American History put on a show last weekend and are set to reunite Sunday (May 30) for an encore in the $100,000 Commodore Barry Invitational for older male pacers at Harrah’s Philadelphia.

Last Saturday at The Meadowlands, Nicholas Beach overtook American History in deep stretch and held off a charging This Is The Plan to win the Open Preferred Handicap in 1:47.2. The time equaled the season’s fastest mile, which had been established on May 15 by American History at The Big M.

Each of the three horses held the lead at some point in the opening half mile and were separated by only a half-length when they hit the wire, with Nicholas Beach winning by a nose over This Is The Plan.

More fireworks could be on tap at Harrah’s Philadelphia, where Nicholas Beach will start from post five and is the 5-2 morning line favourite. This Is The Plan, leaving from post eight in the eight-horse field, is the 4-1 second choice and American History, starting from post seven, is 9-2.

“I’m sure it’s going to be a good race,” said Andy McCarthy, the driver of Tony Alagna-trained American History. “I drew outside some of the speed, but I’ll try to get him into the race somehow. I’m sure there will be some action and we’ll see how it shakes out.”

Nicholas Beach, a five-year-old gelding, has won 14 of 18 career races and never finished worse than second. Sixteen of those starts have come since turning four. He joined the sister-brother team of trainer Jenn Bongiorno and driver Joe Bongiorno in March 2020.

“When Jenn got the horse to train, he had some issues and we had to work out some kinks, but we knew he had a lot of talent,” Joe Bongiorno said. “It took us three or four months to get him qualified, but I think the patience paid off. Once we got him over the hump, it’s been pretty easy from there.”

Nicholas Beach, by Somebeachsomewhere out of Michelle My Gal, was a $110,000 yearling purchase at the 2017 Standardbred Horse Sale. His full sister Beach Gal won on the Grand Circuit and his family also includes multiple Dan Patch Award winner Jennas Beach Boy and millionaire Atochia.

“Obviously, he’s got some breeding and he’s definitely got the looks,” Bongiorno said. “He’s a big, long-legged horse with a gait that no other horse has, just an extremely long stride. He’s got a really good attitude. He’s just a happy horse, and when you sit behind him you can tell he has a lot of class.”

The Commodore Barry will be Nicholas Beach’s first Grand Circuit start, but he has faced Grand Circuit-level horses in recent weeks.

“He’s held his own with every horse he’s faced, and I think that will continue on Sunday,” Bongiorno said. “He’s really done nothing wrong to this point.”

American History, a Breeders Crown champion in 2019, has won 23 of 67 career races and $1.21 million. This season, the six-year-old American Ideal-Perfect Touch stallion has started eight times and hit the board in each of his past five races, winning twice.

“He never has a good start to the year,” McCarthy said. “It takes him four or five starts to find his groove. He’s been racing really well, pretty much cutting the miles himself and going some big numbers. He’s always been a very fast horse. He’s still quite aggressive, and he wants to go to work.”

This Is The Plan has won 16 of 76 lifetime races and $2.08 million. He has finished no worse than second in seven starts this season, with the MGM Borgata Pacing Series championship among his two victories. The six-year-old Somebeachsomewhere-Thats The Plan gelding will have Yannick Gingras in the sulky for trainer Ron Burke.