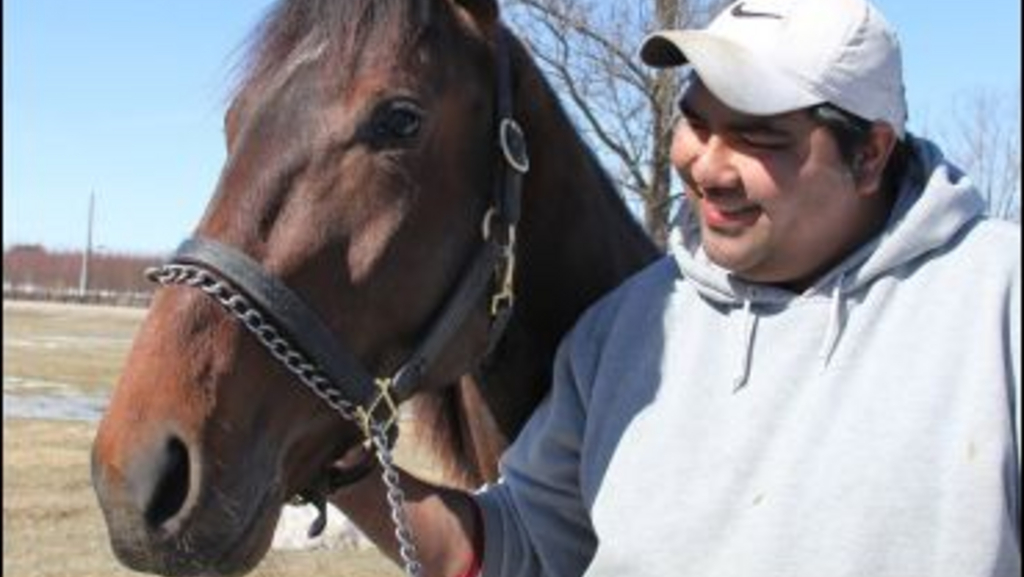 Jimmy Takter is so confident in Father Patrick heading into his 2014 pari-mutuel debut on Wednesday that the trainer believes only Father Patrick himself can get him beat.

The 8-5 morning line favourite, Father Patrick will have regular driver Yannick Gingras in the sulky for trainer Jimmy Takter. Father Patrick, who finished last season with a nine-race win streak and captured 10 of 11 starts overall, trotted a world-record 1:52.1 mile at Pocono Downs in October.

Father Patrick, who starts Wednesday from Post 3 in a six-horse field, prepped for his first race by competing in two qualifiers at the Meadowlands, winning the second in 1:53.

“He’s good,” Takter said. “He’s coming into this race perfect. I’m really, really happy with how he looks. He’s good mentally and physically. He just looks really good. I think the only thing (that can stop him) is himself in that race. It’s a good start from him.”

In addition to his world-record effort in his Breeders Crown elimination at Pocono Downs last year, Father Patrick won his division of the Champlain Stakes at Mohawk Racetrack in a Canadian-record 1:54. Two weeks later, he lowered the mark when he won the $354,050 William Wellwood Memorial in 1:53.4.

He also won the $280,500 Peter Haughton Memorial at the Meadowlands – by 10 lengths – finishing in 1:54.1 over a track labeled ‘good’ and missing the stakes record by one-fifth of a second.

Father Patrick is a son of Cantab Hall out of the mare Gala Dream. His full brother, Pastor Stephen, was the Dan Patch Award winner for best two-year-old male trotter in 2010 and won 10 of 22 lifetime races, earning $1.04 million, before seeing his career cut short by injury at age three.

The colt is not the only standout three-year-old trotter in Takter’s stable. Nuncio, who finished second to Father Patrick four times last season, started his 2014 campaign with a win in a Pennsylvania Sire Stakes division at Harrah’s Philadelphia on May 15.

Lightly raced Trixton has opened eyes this season with two wins in three starts, including a 10 and three-quarter-length triumph in 1:51.2 to win the Simpson Memorial on May 9 at the Meadowlands.

Takter will keep the three away from each other for as long as possible on the road to August’s Hambletonian.

“You’ve got to,” Takter said. “Nuncio and Patrick are Pennsylvania-bred and I only have the two of them and most likely there will be two divisions (of sire stakes) wherever they go, so they don’t have to face each other. The first time they’re going to meet is in the Earl Beal (Memorial at Pocono Downs on June 28).

“Trixton isn’t staked to the Beal because he’s not ready for the shorter tracks yet. He’ll go to Canada for the Goodtimes up there (on June 14). That will be after the New Jersey Sire Stakes. He’ll get a couple weeks off and then the Stanley Dancer is coming up for all of them.”

Joining Father Patrick in the second division of the Dickerson Cup are Marathon Man, Amped Up Hanover, Explosive Cash, Master Bedroom, and Shift Into Glide.