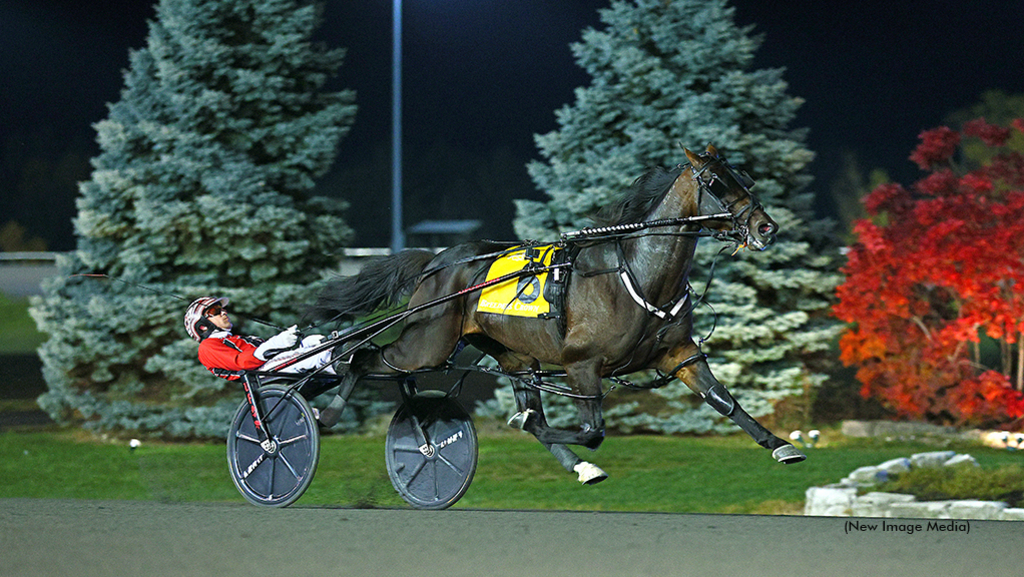 Woodbine Entertainment and Ontario Racing have announced that a retirement ceremony for Bulldog Hanover, the world’s fastest Standardbred, will be held this Saturday, Dec. 3 at Woodbine Mohawk Park.

As part of Saturday’s festivities, racing fans will have the great opportunity to take a photo with Bulldog Hanover starting at 6 p.m. Fans will also receive their photo with a magnetic frame.

Later in the evening, the locally-based Bulldog Hanover will take to the Woodbine Mohawk Park racing surface one last time, parading for the fans then returning to the winner’s circle for a special retirement ceremony.

The retirement ceremony will include a special winner’s circle presentation and interviews with the team behind Bulldog Hanover. Woodbine has also prepared a highlight video of Bulldog Hanover’s accomplishments that will be shown during the ceremony.

Fans on-track Saturday will be able to enjoy a one-night return of the “Bulldog Bulleit,” the signature cocktail of this year’s Breeders Crown. The special cocktail named for Bulldog Hanover consists of bulleit bourbon, fall spice syrup, apple cider and is garnished with a cinnamon stick and orange zest.

Owned by trainer Jack Darling and Brad Grant, Bulldog Hanover closed out his racing career with a victory in the $345,000 TVG Open Pace on Saturday, Nov. 26 at The Meadowlands, winning in a stakes record 1:47.3.

(With files from Woodbine)

As a race fan, my first big race I got to watch was at Windsor Raceway, and it was exciting to watch On The Road Again win the Provencal Cup. Up to now it has truly been "On The Road Again" for me, literally, travelling from track to track at age 60 today, I'm very honored and happy to go on the road again to Mohawk Raceway to have an opportunity to have a photo with Bulldog Hanover. Perhaps the greatest horse I've had the chance to watch race.

I'll have another, Ontario needs racing.

I wish that I lived in Canada, near Mohawk, so I could watch this amazing horse one final time. This reminds me of the reception that the thoroughbred American Pharoah received in 2015 when he returned to Churchill Downs after winning The Triple Crown. He didn't race that night, but 30,000 fans showed up just to watch him paraded before the grandstand.