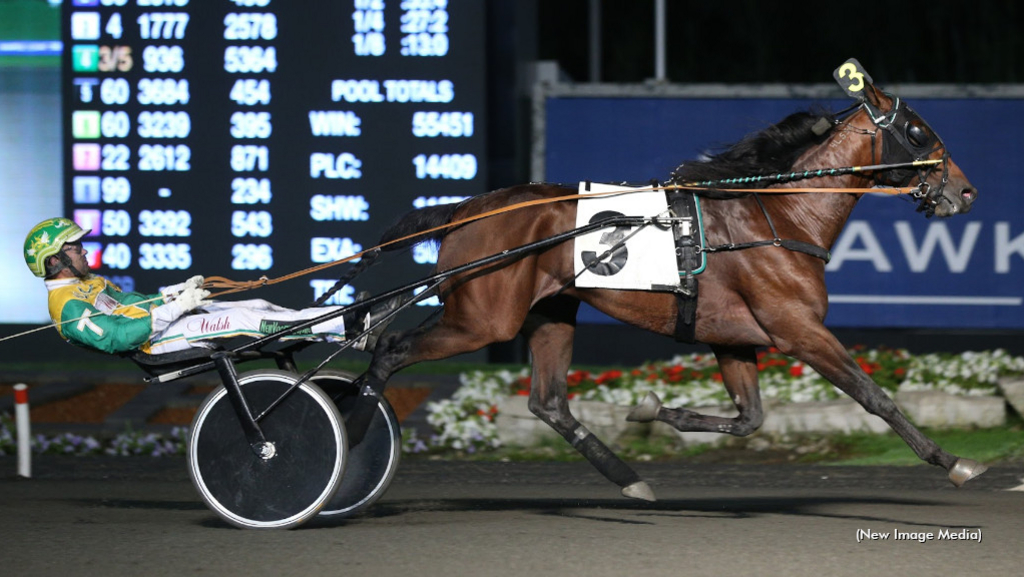 Trotting stallion Bar Hopping, the sire of 2021 Dan Patch Award-winner and Hambletonian Oaks champion Bella Bellini among others, passed away unexpectedly Monday at Hanover Shoe Farms, where he stood since retiring from racing in 2016. He was nine.

“There is no indication of what it was,” Hanover Shoe Farms President and CEO Russell Williams said, adding an autopsy would be performed to try to determine the cause of death. “Whatever it was, it was unbelievably sudden. He had just been in his paddock a few hours before, and everything was normal.

“It’s sad. We really loved him. He didn’t have a mean bone in his body. He was as nice as could be.”

Bar Hopping, a son of Muscle Hill out of Cocktail Hour, hit the board in 21 of 28 career starts, winning 10. His victories included the Breeders Crown for three-year-old male trotters and Canadian Trotting Classic, both in 2016. He was trained by Jimmy Takter and earned $1.3 million lifetime.

As a sire, Bar Hopping's first crop hit the racetrack in 2020, and included Bella Bellini, who this year captured the Breeders Crown Mare Trot and Hambletonian Maturity and recently surpassed $2 million in career earnings, as well as 2021 Yonkers Trot champ Johan Palema and Grand Circuit winners In Range and Pub Crawl.

Last season, Bar Hopping's three-year-olds ranked No. 1 for average earnings and No. 2 in total purses.

“He was a very promising stallion, and very sought after,” Williams said. “There is no telling how great he would have become."

Please join Standardbred Canada in offering condolences to the connections of Bar Hopping.