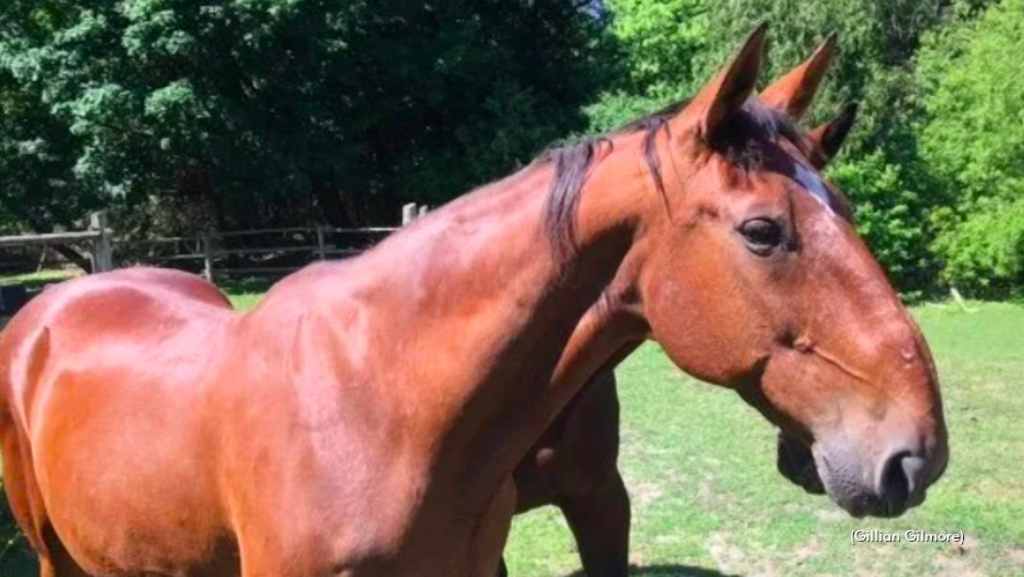 After 22 wonderful years at his forever home near Oshawa, Ont., 32-year-old trotter Roman Knows has passed away at the farm of Gillian and Ron Gilmore, who adopted him from OSAS as a 10-year-old.

“Roman brought us all a huge amount of pleasure, from us seniors to the granddaughters, he was a great guy to have around.  He has left a huge hole in our lives,” said Gillianm who added that Roman’s buddy, Coach (a 22-year-old Standardbred) is a little lost now without his long time companion.

“We are so lucky to have had him in our lives,” she added. “OSAS is doing a good service for these horses, who have worked hard in their early years.”

A son of Meadow Road, Roman Knows won more than $157,000 during his racing career under the care of trainers Jack Darling, and then Ron Waples Jr., who claimed him at Mohawk in September of 1995.

The photo with this story was provided to OSAS on the occasion of Roman’s 30th birthday two years ago. He was in remarkable condition for his age and also shows how he acquired his name.

Please join Standardbred Canada in offering condolences to the connections of Roman Knows.

(with files from OSAS)

Oh was he a Beautiful boy. …

Oh was he a Beautiful boy. RIP to this sweet horse

This is sad to hear but it…

This is sad to hear but it is a feel good story as well. I will never forget that face !! I bought Roman Nose at Pompano Park,Fla from trainer Gary Lewis many years ago. He had just started racing,coming back from a broken coffin bone. I took a chance on him and luckily he stayed sound and turned into a real nice ffa trotter. When I asked Gary about his name he explained that his owner,breeders name was Roman so Roman Knows was an interesting play on words based on the horses roman nose. Stories like this are what keep us all such enthusiastic supporters of OSAS and we thank this wonderful couple,the Gilmores for giving Roman Knows a great life in retirement.