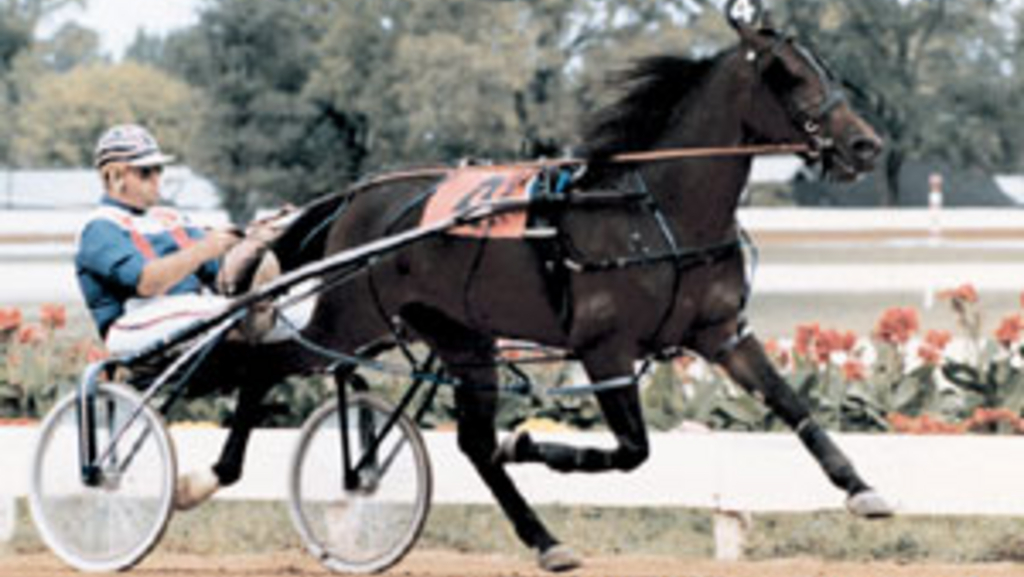 Trot Insider has learned that 28-year-old champion Meadow Skipper horse Ralph Hanover had to be euthanized the morning of Saturday, October 18 at Mac Lilley Farms in Dutton, ON.

"He was getting old and had been losing some weight over the past couple of months," Jeff Lilley, manager at Mac Lilley Farms, said this morning. "Some of the owners had come by some while ago to take a look at him. It was decided that we were going to let nature take its course with him.

"On Saturday, we came out in the morning to see him. He was in his stall and couldn't get up. He was in pain, so the decision was made to put him down."

Trot Insider has learned Ralph Hanover has been buried at Mac Lilley Farms, where he has been since the Grand Royal Farms shut down some years ago.

In 1983, the Canadian-owned colt became only the seventh standardbred in history to win the Pacing Triple Crown during a season in which he became a World Champion and earned Three-Year-Old Pacing Colt of the Year honours in both Canada and the United States.

The son of Meadow Skipper was purchased as a yearling by two Hall of Fame members, trainer Stew Firlotte and trainer-driver Ron Waples, and campaigned under their ownership, along with members of the Pointsetta Stable and Grants Direct Stable.

As a two-year-old, Ralph Hanover won seven of 15 starts, including the Bluegrass Stakes in Lexington, Kentucky, where he took a record of 1:54.1. He also won the Canadian Juvenile Circuit Stakes at Greenwood Raceway and Blue Bonnets and an elimination of the Peter Haughton Memorial at the Meadowlands; was second in the Champlain Stakes, Hanover-Hempt Farms Stakes and a Canadian Juvenile Circuit Stakes at Greenwood Raceway. He was voted CTA Two-Year-Old Pacing Colt of the Year in 1982.

Ralph Hanover established a new single-season earnings record for a standardbred in 1983 when he banked $1,711,990 while winning 20 races and finishing second four times in 25 starts.

In addition to the Triple Crown events -- the Little Brown Jug, Cane Pace and Messenger Stakes -- Ralph Hanover won the Queen City Stakes (later renamed the North America Cup), Geers Stakes, Burlington Stakes, Meadowlands Pace, Adios Stakes, Prix d'Ete, Simcoe and Tattersalls Stakes. During his three-year-old season, Ralph Hanover set World Records for a three-year-old for the fastest mile (1:54) by a three-year-old pacer on a five-eighths mile track and the fastest ever (1:55.3) over a half-mile track.

Ralph Hanover retired with career earnings of $1,815,395 and was syndicated by Almahurst Farms of Lexington, Kentucky for approximately $7 million.

Please join Standardbred Canada in offering condolences to the connections of Ralph Hanover.

It is always sad to here

It is always sad to here that a great equine athelete is no longer with us.I remember when Ralph won the triple crown it was big news in the industry and that much more satisfying to all his Canadian fans,Ronnie drove two great Skipper sons Ralph and the Senor,will always remember those two great horses and the excitement they brought to us racing fans across North American,Ralph you'll go down as one of the greats,thanks Ralph.