With the continued strength of the Ontario Sires Stakes program and the $2 million Owners’ Bonus beginning in 2017, Ontario Sired colts and fillies will once again be hot commodities at the fall yearling sales.

Between the Grassroots Series and Gold Series, the Ontario Sires Stakes (OSS) program will pay out an estimated $13 million in 2017. In 2016 horses in each Grassroots division raced for $18,000, while Gold Series competitors in each leg split $210,000 between divisions. Post-season action will see the Grassroots contenders compete in $20,000 Semi-finals and a $50,000 Championship for each age-sex-gait category, while the Gold Series Super Finals go postward for $250,000.

“The OSS program continues to offer owners a great avenue to maximize the earning potential of their OSS eligible two and three-year-olds,” said Walter Parkinson, president of the Standardbred Breeders of Ontario Association.

“The incentive to buy Ontario Sired and/or Ontario Bred yearlings has never been better,” Parkinson continued. “Without leaving the province to race, owners will be eligible to earn a pro rata portion of a $2 million Owners’ Bonus, based on their earnings in overnight races.” 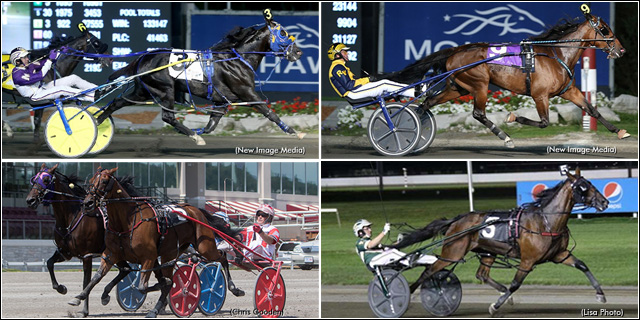 The 2016 aged pacing mare division has been dominated by Ontario Sires Stakes graduates Lady Shadow and Solar Sister. Lady Shadow claimed victory in the Golden Girls and Lady Liberty, while Solar Sister captured the Sam ‘Chip’ Noble III Memorial Pace and the Artiscape. Both mares, in addition to Betting Line, Caprice Hill and L A Delight, surpassed the million-dollar mark in earnings in 2016.

“Ontario Sired horses continue to excel in Grand Circuit action on both sides of the border, continually proving the quality of the Ontario Sired product,” said Parkinson.

Buyers hoping to acquire one of next season’s Ontario Sired superstars can find them at the following yearling sales:

All those interested in helping the SBOA work toward a healthy and sustainable Standardbred breeding industry are invited to submit a nomination for the position of director.

The SBOA Board is comprised of 12 members, with four directors elected each year for a term of three years. All voting members are eligible for nomination as a director, with elections taking place at the Annual Meeting in January 2017.

Complete details and nomination forms are available at standardbredbreeders.com or from any current director and must be received at Box 371, Rockwood, ON N0B 2K0 no later than 5:00 pm on December 1, 2016.