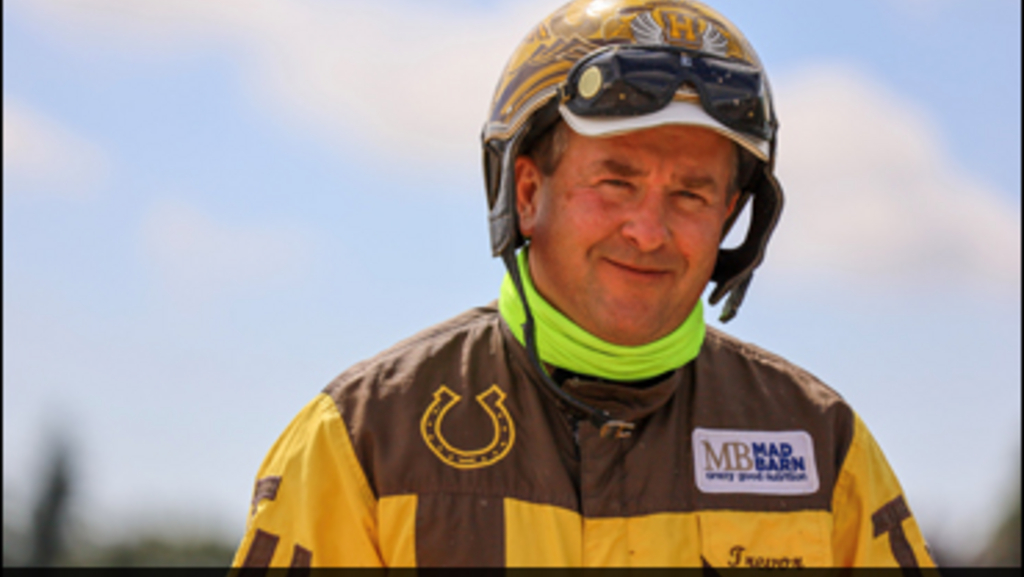 Clinton Raceway wrapped up its 2021 season with a record-setting afternoon of harness racing on Sunday, Sept. 5.

Henry captured three of the eight challenge races and finished with 200 points, well ahead of Bob McClure and Clinton Raceway’s leading driver Natasha Day, who had 114 and 110 points, respectively.

James MacDonald piloted Sports Fan to the 1:56.3 record-setting mile for two-year-old pacers, helping to ease the sting of his last-place result in the driver’s challenge, which raised just over $10,000 for Branch 140 of the Royal Canadian Legion.

“A couple times I got to really hear the roar from the fans down the lane, because I was so far back. They were kind of done cheering when I got there,” said MacDonald, with a wry chuckle. “It was a great day; I would have liked to have done better, but at the same time, I am happy for Trevor (Henry) and happy to see everything go so well.”

Starting from post one, Sports Fan got away third as fan favourite Icey Shadow led the field to a :27.4 quarter. Heading for the :57.2 half, MacDonald tipped Sports Fan into the outer lane, but was able to duck into the pocket before the 1:26.1 three-quarters. Sliding out late in the stretch, Sports Fan matched strides with Icey Shadow through the wire and was revealed the winner when the photograph was printed. Juju Hanover finished two and three-quarter lengths behind the duelling leaders in third.

The 1:56.3 mile took two-fifths of a second off the former freshman track record of 1:57 first set by Thinkofagameplan in 2014, matched by filly Sports Flix is 2018 and Century Grizzly in 2019, and equalled earlier this summer by Icey Shadow in an August 15 Prospect Series division. 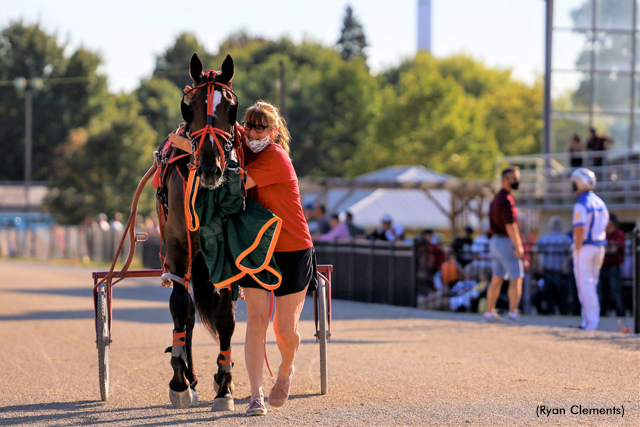 “He’s a homebred that my wife owns. He’s been a nice little colt and is learning every start,” said trainer Blake MacIntosh of the Sportswriter son owned by his wife Leanne Murphy of St. George, Ont., and Stuart McIntosh of Essex, Ont. “He could be a little excitable at times, but he’s starting to get it.”

MacDonald, who is currently Canada’s leading driver, also won the third Grassroots division with Sports Advisor. Sent off as the fan’s top choice from post two, MacDonald tucked Sports Advisor in third behind Highborn through a :29 quarter and :59.3 half. Heading for the 1:29.3 three-quarters, MacDonald sent the Sportswriter son after the leader and the gelding battled to the lead on the final turn and then cruised home a 3-3/4-length winner in 1:58.2. Highborn settled for second and TJ Spitfire was third.

“He raced really good as well. He’s another big horse and they said he made a break warming up so I had to be a little careful with him,” said MacDonald. “I had to come first-up, but as soon as he got out there, he was terrific. Up the backside, he felt like he could have cleared Doug (McNair and Highborn), but we slugged it out in the turn and when I called on him at the top of the stretch he just opened up.”

“Training down, he was very unimpressive. I really didn’t think he would amount to too much,” said Darling. “He didn’t really show me anything special, but when we got closer to racing, I put him in the race bike and boom he was much better, and then I put him behind the gate and he’s kind of surprised me every time. He’s just a really nice colt, very honest.”

A native of Exeter, Ont., Darling also enjoyed the rest of Clinton Raceway’s season finale, both watching the races and visiting with old friends.

“They had a heck of a crowd here today, it was nice to see,” said Darling. “I like walking up to the stands, I just run into all kinds of people, old friends, people I haven’t seen for years.”

The other two Grassroots divisions were captured by Stews Watching and Chikaboom.

Fan favourite Chikaboom reeled in Ron for a 1:57.4 victory in the second division, with Messiah rounding out the top three. Bob McClure of Rockwood, Ont. drove the Betterthancheddar son to his first Grassroots win for trainer Julie Walker of Carlisle, Ont., and owner/breeder Harold Duguay of Pabos, Que. Chikaboom has won four of his five career starts, his only loss coming in his Grassroots debut at Woodbine Mohawk Park on August 16.

The two-year-old pacing colts will wrap up their regular season at Woodbine Mohawk Park on September 16. The top 20 point-earners will then advance to the September 30 Semi-Finals and the top five finishers from each Semi-Final will compete in the Grassroots Championships on October 9.

The point standings from the Charity Driver's Challenge follows.