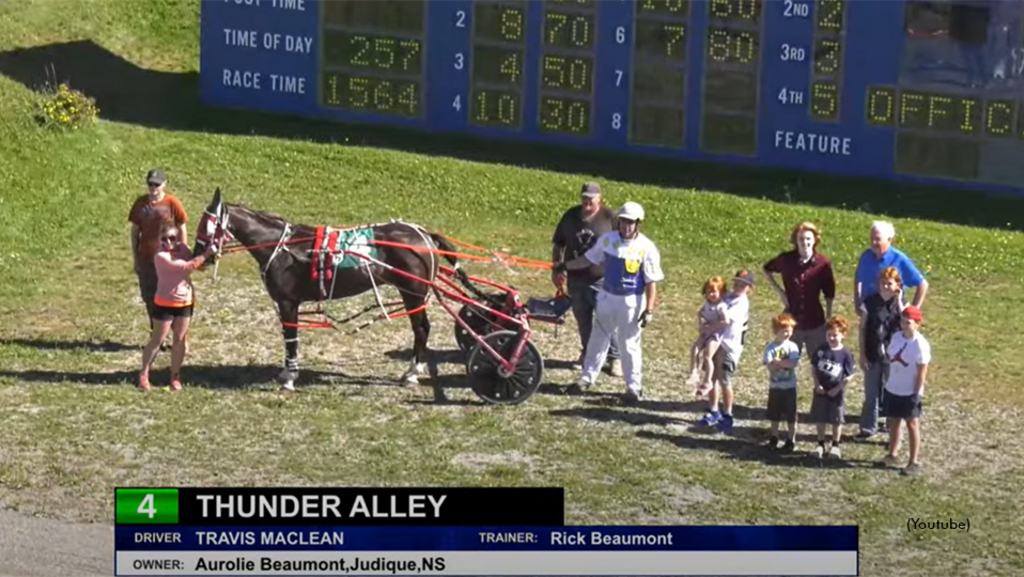 Thunder Alley shrugged off a challenge from Solid Silver at the top of the stretch and drew off by nearly three lengths to win the Sunday afternoon feature at Inverness Raceway.

A winner from off the pace two starts back in the top class at Inverness, Thunder Alley fashioned a 1:56.4 front-end score this time out with Travis MacLean catch-driving.

MacLean and the six-year-old son of Mystery Chase took control of the field from post four through a :28.4 opening quarter in the $1,950 featured finale while outside leaver Betterthanbutter found himself parked out and retreated to find a spot along the pylons for Zachary Mullins as the pacers made their way in front of the grandstand the first time. Thunder Alley continued to cruise along on top through middle splits of :57.1 and 1:27.1 while Solid Silver and driver Rodney Gillis, who scored a natural hat trick earlier on the card, progressed from mid-pack and took their shot turning for home, but couldn't catch the front-stepping 4-1 shot and settled for second. Hippyjohn, the 6-5 favourite driven by Campbell MacIsaac, tracked the runner-up's cover down the backstretch under urging and finished third.

Thunder Alley earned his third win of the season from 12 starts to go along with seven other top three finishes for trainer Rick Beaumont and owner Aurolie Beaumont of Judique, N.S. The bay gelding is now a winner of 16 races lifetime and more than $70,000.

Thunder Alley returned $10.30 to his backers at the betting windows.