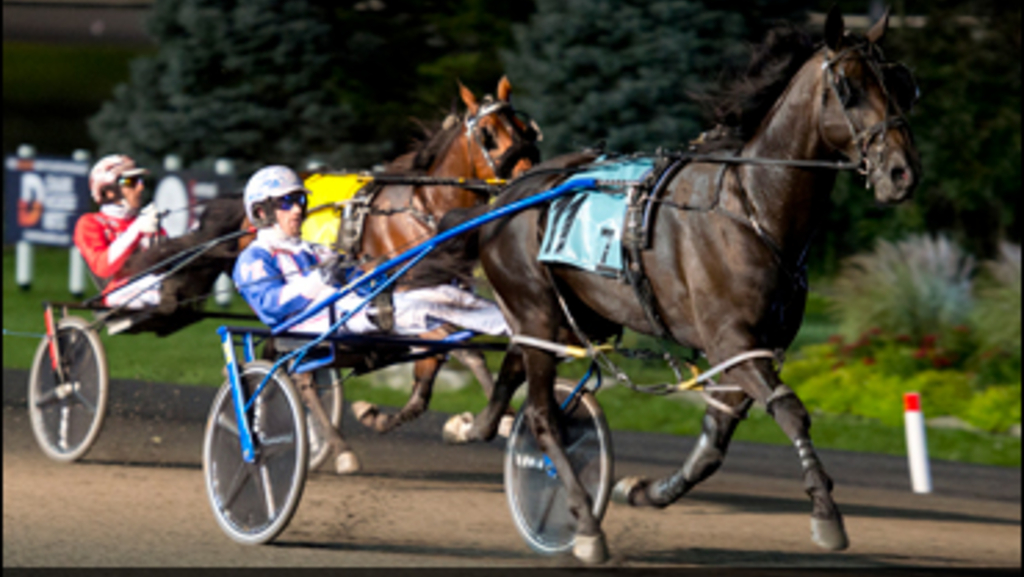 The full Monte Miki story starts with his dam Montenegro, a broodmare Evers sought out at the 2016 Harrisburg Sale after competing against her in Indiana and purchased for $57,000.

“We'd been waiting for her to become available; I had always wanted her as a broodmare,” Evers told Roger Huston in the latest edition of the Ohio Harness Horsemen's Association’s podcast Top Of The Stretch. “I had a healthy respect for her when we raced against her at Hoosier Park. I had set the track record with Sugar Nips over there and always had to butt heads with her. And then later, she broke the track record that Sugar Nips had set. I think [Jeff] Cullipher had her at the time and when they finished racing her, they sent her through Harrisburg and that's when we saw she was available and we went out there and purchased her."

Sired by world champion Always B Miki, Monte Miki is the first foal out of Montenegro, who won 40 races and $700,000 throughout her career.

“He really stood out amongst the other yearlings,” said Evers. “He was really good looking and he was almost black -- he looked a lot like his mother, but of course, him being a stallion, he had a bigger chest and everything. We always thought he’d be something special, especially once we broke him then we really had a good idea.”

Evers was pleased when the Velocity Standardbreds homebred qualified on the seven-eighths-mile track at Hoosier Park, winning in 1:58.1 on June 23 and attracting the attention of onlookers.

“I try not to rush them if I don’t have to. We own all of our horses so we kind of do our own thing,” said Evers of the colt’s early schedule. "A few of the people that had taken care of Montenegro and had been around her came and saw him [when he qualified] and were looking at him because they were all anticipating seeing him go to the races.”

From there, Monte Miki reeled off three straight wins at Scioto Downs with Josh Sutton in the sulky leading up to the targeted $824,000 Metro Pace at Woodbine Mohawk Park. After winning his debut on July 8 in 1:55 flat, he went right back out two weeks later to score in 1:54.1 with a :27.1 final frame before lowering his mark to 1:52 in his return from a bout of sickness on September 2.

"Both of those wins, Josh said he had plenty of pace left and the horse was just playing so we were real happy with that and that's when we felt he was ready to go his next race around [1]:52. Well, then he came down sick and he was coughing and it took forever before he scoped clean. It took probably three to four weeks and once he scoped clean, we trained him up pretty good and put him back in and that’s when he went his mile in [1]:52 at Scioto out of the eight-hole.”

While the Metro was the target all along when Monte Miki was training down, the bay colt’s impressive performance sealed his trip to Canada, with Evers lining up arrangements to ship him north with O’Brien Award-winning caretaker-turned-trainer Teesha Symes, who had stabled in Ohio during the COVID-19 shutdowns in Ontario.

“Once I got a hold of Teesha, it made things work out a lot easier for the logistics of getting there and not having to worry because she would take really good care of him, and Beau Brown is there with her, and they’re a nice couple. They really did a good job. I didn't have to worry about anything.” 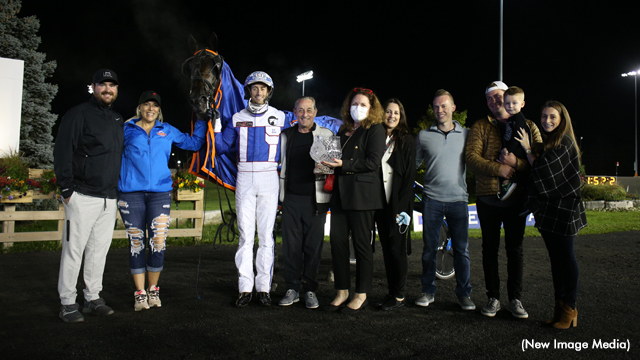 Evers also firmed up the driving services of Scott Zeron, who played a key role in navigating the eventful trip Monte Miki faced leaving from the trailing tier in a field of a dozen young pacers.

“I used to race against his dad all the time at Mohawk and Woodbine and he was always a factor. And Scotty just grew up at those tracks and, you know, you've seen him around in big races. He’s very articulate and does some really smart drives. He drove my wife’s horse, Sugar Island, at Lexington about three weeks prior to that and he won with him in [1]:50.1 and I knew he was going to be in Canada so we asked him if he’d drive him. I think he was a little reluctant, like he didn't know if the horse was good enough or something,” laughed Evers. “So, I told Teesha, ‘Tell him, do not underestimate this horse,’ and he didn’t. He did everything great.”

Evers described watching the race unfold as “an emotional rollercoaster” but the ride ultimately ended with a thrill of a lifetime for the horseman who always wanted to win one of the big races in Canada after losing a photo finish with Arts Chip to 2005 Canadian Pacing Derby champion Ponder.

"Watching that race going down the backside I’m thinking we're not getting anything and then it just completely turned around.

“If you've driven in a lot of races, you just know when things aren't going right when you’re watching and things weren't going right that first half,” recalled the 64-year-old horseman, who has driven 830 winners in the past. “But Scott worked it out and everything worked out great. We’re really happy with him.”

Evers indicated Monte Miki will have a week’s rest before competing in the International Stallion Stakes at The Red Mile’s Grand Circuit meet and then target the Breeders Crown at The Meadowlands.

As for Montenegro, she’s back in foal to Always B Miki with a pair of future prospects in a Rockin Image yearling colt and an Always A Virgin weanling colt.