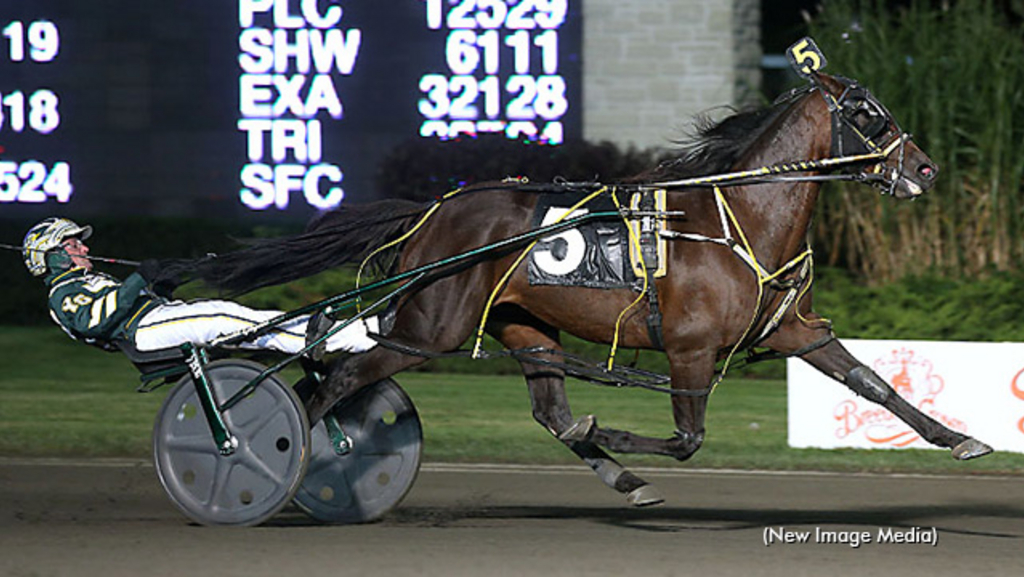 Shenandoah Downs will introduce a pair of new $25,000 Open races on Saturday, Oct. 8 in celebration of the two mountain ranges that surround the charming half-mile oval nestled in the heart of Virginia's Shenandoah Valley. Aside from Virginia Breeder's championship races that feature $80,000 purses and will be conducted on Nov. 6, the two Opens are the richest overnight events ever offered at Shenandoah Downs since racing started there in 2016.

The $25,000 Blue Ridge Pace and $25,000 Alleghany Trot will highlight a "Country Days" program that includes a special appearance by popular retired pacer Foiled Again. The leading money-earning Standardbred ever will be available all afternoon for a meet and greet with fans and photo opportunities.

A winner of $7.6 million in purse monies, the now 18-year-old Dragon Again gelding earned win No. 104 at Shenandoah Downs as a 14-year-old in 2018 and finished his career with 109 victories. Foiled Again visited the Woodstock, Virginia oval as a retiree in 2019 and the fan response was so positive it was a natural to bring him back for an encore appearance.

Popular regional country artist Spencer Hatcher and his band will perform in conjunction with the Saturday races while the Skill Billy's will be in concert the day prior, Friday, Oct. 7.

Last weekend's action saw a track record performance by a two-year-old pacer, a 1:53.2 winning mile and a five-win weekend by a "new" driver to the Woodstock faithful.

Saturday's card kicked off with Chuck Perry and Jason Fitzgerald's two-year-old Heston Blue Chip colt Antaeus authoring a dominant wire-to-wire trip in a $6,750 non-winners of four pace. Perry, who also trains and drives, triggered fractions of :28.4, :58.3 and 1:27 before crossing in 1:55.3, 5-1/4 lengths the best in freshman track record time. Antaeus won for the sixth time in seven career starts. He has wired the field in all but one outing.

The fastest mile of the weekend was by Cole Olsen's Volley Ball Beach, a six-year-old Somebeachsomewhere pacer who wired the field in 1:53.2 in the $9,000 feature. Nineteen-year-old Olsen drove the winner, trained by his father Darren, and cut initial quarter panels in :28.1, :56.4 and 1:24.4. Volley Ball Beach won for the eighth time this year.

Fern Paquet Jr., aiming for his third straight driving championship at Shenandoah Downs, had three trips to the winners circle Saturday while established newcomer Tom Warren --- who has 5,241 career wins and $28 million in purse earnings -- won five races over the two-day weekend including three on Saturday that wired the field.