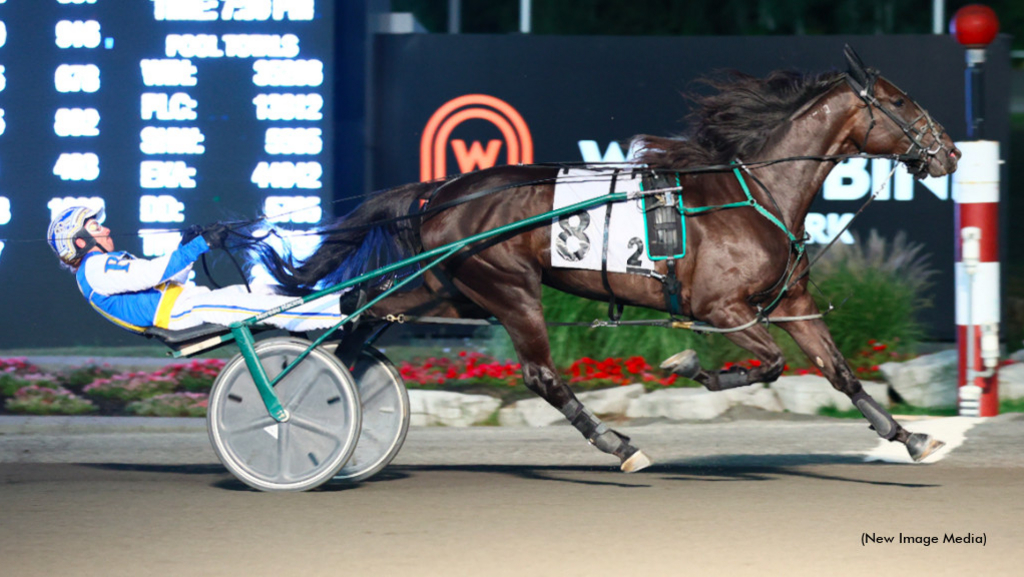 Several of the top competitors at Woodbine Mohawk Park found their way to the winner's circle in the three top-class conditioned events on the Mohawk Million undercard Saturday (Sept. 24).

Fashion Frenzie rebounded from a fourth-place finish in the Maple Leaf Trot to return to the Woodbine Mohawk Park winner’s circle in the $52,000 Open Handicap Trot.

Off the odds-on choice, Fashion Frenzie floated towards the front to a :26.4 first quarter and cleared control from Combs Hanover moving to the backstretch. Fashion Frenzie snagged a breather to a :55.4 half and gradually upped the tempo through three-quarters in 1:24.3 before kicking for home and keeping Combs Hanover 2-1/4 lengths at bay to win in 1:52. Dream Nation finished third and HP Royal Theo rallied for fourth.

Dabarndawgswatchin also returned to the winner’s circle following a foiled attempt in the Milton Stakes, winning the $49,500 Fillies & Mares Open Handicap Pace in 1:49.3.

Driver Dexter Dunn settled sixth with Dabarndawgswatchin to a :26.2 first quarter while Western Wish pushed for a contested lead and found herself soon shuffled to third to a :54.1 half. Watch Me Now N led the field to the far turn with Voelz Delight placed in the pocket, and Dunn got underway with Dabarndawgswatchin moving to three-quarters in 1:22.2. Spinning for home, the four-year-old Hes Watching mare edged clear of her rivals to cross the beam 2-3/4 lengths better than Shes Got It All splitting horses for second, with Western Wish following second over for third.

Dabarndawgswatchin, a now 12-time winner and earner of $375,584, is a homebred for Julie Ferguson and Lloyd Stone. Dave Menary trains the $6.60 winner.

Brad Grant owns American History, a seven-year-old stallion by American Ideal. The Richard Moreau trainee won his 33 race from 100 starts and has now earned $1,515,965. He paid $5.60 to win.

Pipewrench Charlie pushed through a seam at the pylons off a pocket trip to win the $25,000 Pop-Up Series Final on the stakes undercard.

Driver Travis Cullen placed Pipewrench Charlie second to Bayfield Beach before a :26.4 first quarter, but then circled to the top and then yielded control to Forefather approaching a :54.4 half. Going Fast ventured first over to challenge the leader to three-quarters in 1:23.1 and took a narrow lead straightening for home. As Forefather drifted from the pegs, room opened for Pipewrench Charlie to charge through and to the lead. The five-year-old Trust The Artist gelding held firm to the finish to keep Going Fast at bay by a half length with Illgetmyown Thanks levelled off in third.