Making his stakes debut, Monte Miki turned in a mighty stretch rally to pull off a 15-1 upset in the $824,000 Metro Pace, Canada's biggest race for rookie pacers, on Saturday night (Sept. 25) at Woodbine Mohawk Park. 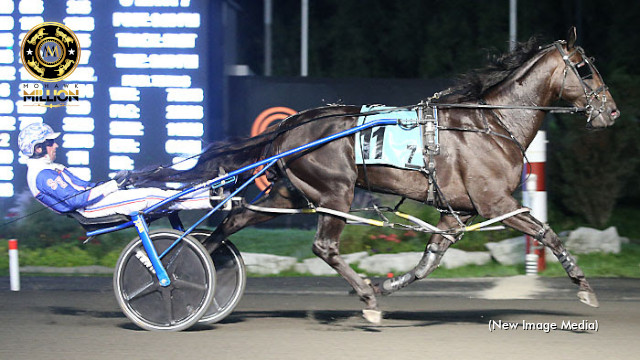 Picking up the catch-drive for Ohio-based trainer Mark Evers, Scott Zeron worked out the winning trip, overcoming a trailing tier start and traffic trouble in an oversized field of a dozen to earn his third Metro Pace trophy.

Battle of Waterloo champion Betterhavemymoney (James MacDonald) left quickly from post five with Wearinmysixshooter (Dexter Dunn) to his outside firing to the front and Fourever Boy (Mike Wilder) hot on his heels to land the lead after a 27-second opening quarter.

Dunn pulled Wearinmysixshooter from the pocket and looped back to the lead down the backside with the favourites on the move — his Pennsylvania Sires Stakes rival True Blue Lindy (Tim Tetrick) advanced first-up and world record holder Caviart Camden (Yannick Gingras) was three-wide.

Wearinmysixshooter reached the half in :55.3 and began to pull away from the field on the way to three-quarters in 1:23.2 with Fourever Boy chasing nearly four lengths behind from the two-hole.

Meanwhile, Bob Loblaw (Sylvain Filion) broke stride in the final turn when racing second-over and that cleared a path for the eventual winner.

Trailing tier starter Monte Miki got away near the back and was inside behind a wall of horses before getting open road and angling out widest of all turning for home. He came charging after Wearinmysixshooter with a mighty stretch rally to win by 2-3/4 lengths in 1:52.2. Wearinmysixshooter settled for second with Fourever Boy following in third. True Blue Lindy and Betterhavemymoney completed the top five finish order.

"It did work out [from the trailing tier]," said Zeron after the victory, "but we should never have 12 horses in a final like that with for two-year-olds because there was a lot of banging and clanging going on and a bad breaker in the last turn. I was very fortunate to avoid all that stuff, but it's very hard to have a tactical edge in those races — you just have to go with the flow."

"I knew heading into it that the two horse [Bob Loblaw] had made a few breaks, mostly in the turns, so I was going to go whichever way he didn't go. You might not have noticed, but I probably moved my horse three times before the half just because there was so much action going on. Yannick wasn't able to get into the second tier path there when he was trying to so there was a lot in the middle portions of that race and then obviously when Sylvain['s horse] made his break, it kind of opened the flood gates for me."

Despite having a lot of ground to make up on the leader turning for home, Zeron was confident in his colt's abilities to finish strong.

"I thought for sure I was going to be second the second I three-deeped him because he really responded well and he's a very big horse and gets over the ground so well," said Zeron. "I knew he'd carry his speed all the way up to to second, but Dexter had a cushion up front and probably just the last eighth of a mile to go I thought I was going to catch him." 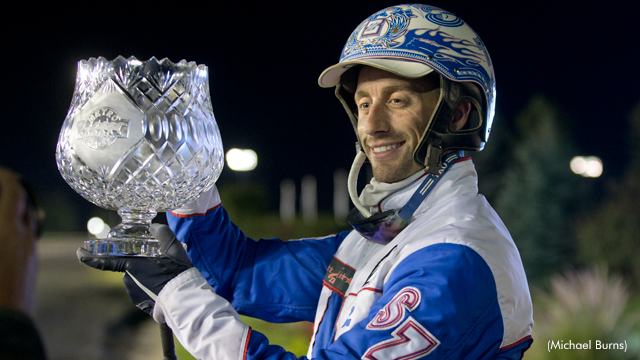 A homebred colt by Always B Miki out of Montenegro, the undefeated Monte Miki entered the Metro following three wins at Scioto Downs for Velocity Standardbreds of Lebanon, Ohio. 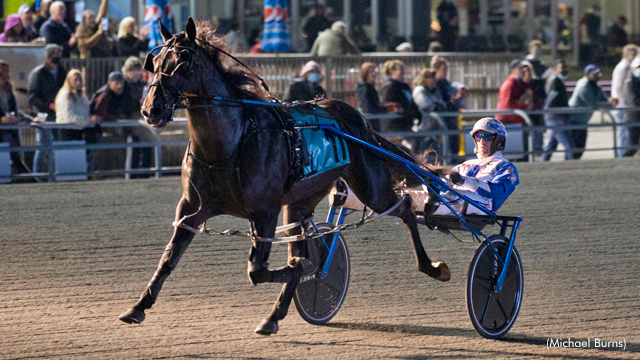 The Metro Pace is part of Canada's richest card of harness racing, headlined by the 2021 Mohawk Million. Read about all the stakes from the card in the Mohawk Million News Centre.