We Will See Matches World Record 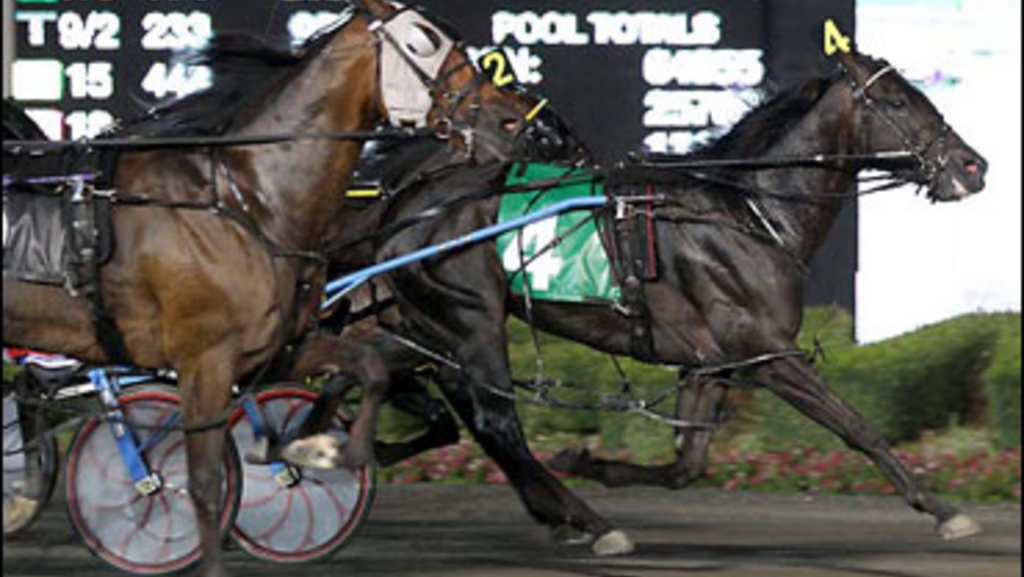 For all his accomplishments, pacing superstar We Will See had failed to get a win in his previous four tries at Mohegan Sun at Pocono Downs. But on Saturday night, he made amends for that in the biggest way possible

We Will See paced the fastest mile ever in the history of the Pocono oval, matching a world record in the process, in a victory in the featured Open Pace. The race carried the night’s top purse of $50,000.

We Will See, fresh off a win in the Canadian Pacing Derby and already over $1 million in earnings for the year, left from post position No. 3 in the field of eight as the 1-2 favourite. He sat third early, allowing Bettor Sweet to click off the opening fractions of :26.1 and :54.3.

Driver Ron Pierce sent the four-year-old stallion from the barn of trainer Sam DePinto first over on the back stretch, and he was nearly on even terms with Bettor Sweet as they hit the quarter in 1:21.2.

The fireworks began in earnest in the stretch, as We Will See took over the lead but had to go all out to hold off the charge of Dial Or Nodial, who had been resting in the pocket. The stallion closed in :26.3, coming out on top by three-quarters of a length over Dial Or Nodial in a time of 1:48. Bettor Sweet faded to third.

The winning time was the fastest in Pocono history, breaking the mark of 1:48.2 shared by Shadow Play, Pilgrims Toner, and Vlos. In addition, that time matches the all-age world record for pacing on a five-eighths mile oval. Artistic Fella first achieved it at Chester in 2008 and Mister Big, also at Chester, matched it in 2009.

We Will See won for the 10th time in 20 tries in 2011. Owned by Shannon DePinto, Earl Smith, and Jerry Silva, the son of Western Hanover has 18 lifetime victories and career earnings approaching the $2 million mark.

There were also two condition paces for winners of over $25,000 lifetime on the Saturday night program at Pocono. In the first of these contests, Trade Editor, a Yonkers shipper trained by Rene Allard, went gate-to-wire for a victory in a career-best time of 1:50. Dan Dube did the driving. Later on, Ideal Matters rallied in the final strides on the outside to win the second of these top-notch paces. Andrew McCarthy drove the stallion for trainer Noel Daley.

(With files from Pocono Downs)