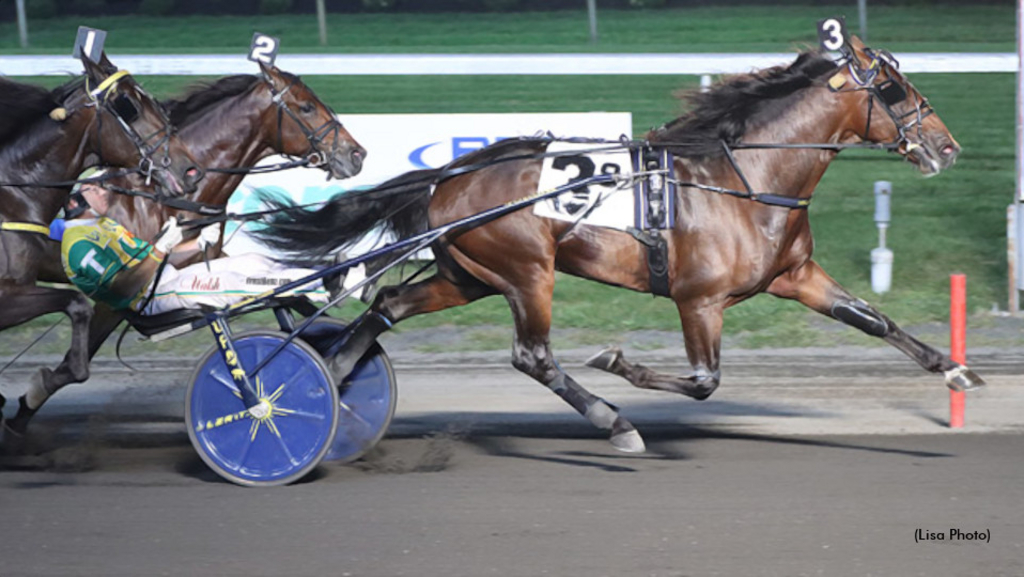 As one of Standardbred racing’s most successful and respected breeding operations, Hunterton Farm, owned by Steve and Cindy Stewart, remains at the top of its game.

Established in 1981 on an 80-acre, leased family farm in Lexington, Ky., the farm moved operations within the state to Paris in 1996 and has grown to over 900 acres on land that consisted of the famed Stoner Creek Stud and historic Woodlawn Farm.

The largest Standardbred farm in the world that does not stand stallions, Hunterton’s primary focus is matching and breeding each mare to the best stallion possible.

Breeding accomplishments eventually led to the creation of Hunterton Sales Agency. The agency, one of harness racing’s leading yearling consignors, is the sales outlet for yearlings bred and raised by the farm for itself, its partners, and its clients.

Hunterton now breeds more than 200 mares each year and sells approximately 150 yearlings each fall at the auctions that take place in Lexington, and Harrisburg, Pennsylvania.

That winning reputation has also carried over into one of the most prestigious and unique events on the North American harness racing calendar, namely, the Mohawk Million.

First raced in 2020, Venerate took the inaugural edition of the Million. One year later, it was Venerable’s time to step into the limelight after a head triumph.

For Hunterton Farm, the victories were twice as nice, considering they co-bred both winners.

“Those were very memorable wins, and to know that we bred the horses, is a real source of pride," noted Steve Stewart. "Aside from that, it’s also very good for business. The two mares, Jolene Jolene, with Venerable, and Peaceful Kemp, with Venerate, are young mares. They are going to have offspring who will continue to sell. We were fortunate to breed those two, Venerable and Venerate. If there was not a Mohawk Million the past two years, there’s a good chance they would not have been two-year-olds of the year in their respective divisions. Venerable [a daughter of Walner] beat the boys, and had that in her quiver, which likely gave her the edge in voting. Venerate [a son of Love You], it was the same thing. When you have that title, two-year-old of the year, that’s a pretty big statement when it comes to selling their siblings.”

The obvious question, in relation to this year’s race, is no doubt, ‘What will Hunterton do for an encore?’

That answer is as interesting as the Million itself.

While they didn’t breed a starter for the 2022 edition, Hunterton did purchase one of nine slots (the final slot goes to the winner of the William Wellwood Memorial) for $100,000.

“The only way we can have an encore next year is that we have do well this year, so we can be the breeder and the slot holder,” said Stewart. “People have asked why we’ve done this because we don’t race horses, we breed them. Obviously, we bred the first two winners, but a lot of our partners are game as hell. They have more money than they have questions. There are no guarantees to win this race, any race for that matter, but we were happy to do this. It’s good for the game.”

After two qualifiers, both wins, Oh Well took to the track for his first pari-mutuel dash, finishing second, a nose behind, in a June 30 New Jersey Sires Stakes race at The Meadowlands that went in 1:53.4.

A maiden-breaking score on July 8 was followed by a three-quarter length triumph in his $240,000 New Jersey Sires Stakes division final two weeks later.

Finishing second in the Peter Haughton on August 6, Oh Well returned to the winner’s circle on September 16.

Oh Well was at the top of his game in the $275,000 New Jersey Classic for New Jersey-sired horse. In rein to Tim Tetrick, the rookie was put on the lead, and after a quarter in :27.4, posted a second fraction in :30, culminating with a confident one-length score.

“He’s a great horse,” said Melander after the race. “We gave him a little break after the Haughton. He needed the break because there are a lot of races to go.”

For now, the focus of the connections is on Saturday night under the Woodbine Mohawk Park lights on a stakes-laden card with purses totalling north of $3.5 million.

The Stewarts, who will be at Woodbine Mohawk Park to watch the race, have a chance to hit a unique Mohawk Million trifecta.

They’ll also get to see other horses they bred in action, specifically, Tip Top Cat, in the Metro Pace.

“We’re excited to be there. We’ve had a lot of success in the Metro, including recently with Tall Dark Stranger, and Exploit. And for the Million, to be able to call up Lennart Agren, the person behind S R F, and see if we could come up with a partnership for the race, and then have it become a reality is really special. We’ve done well in this business, and I thought [buying a slot] this was the right thing to do. It was a good opportunity and I’m glad we’ve done it.”

Not that being in the race is stress-free.

“Being part of this is definitely not for the faint of heart,” quipped Stewart. “There are a lot of intricacies to this race, but that’s what makes it exciting. With two-year-olds, just because you raced well a month or two weeks ago doesn’t mean the horse will be up to snuff for the Million. So, we did a lot of watching and not a lot of calling.

“We waited until Friday and as it turned out, Oh Well raced that night and raced well, showing all those credentials you look for. You can’t ask for more of a resume going into the race. One of the partners knows Marcus Melander and texted him that night. The good news is that there is one owner, so you don’t have to have a committee meeting. The next morning, I talked to the partner and said let me know if Lennart is up for the race because if that doesn’t happen, we have to find another horse. Luckily, it all worked out.”

If past history happens to be an indication of how the Mohawk Million will play out, odds are Hunterton Farm will have another reason – and treasured victory – to celebrate.