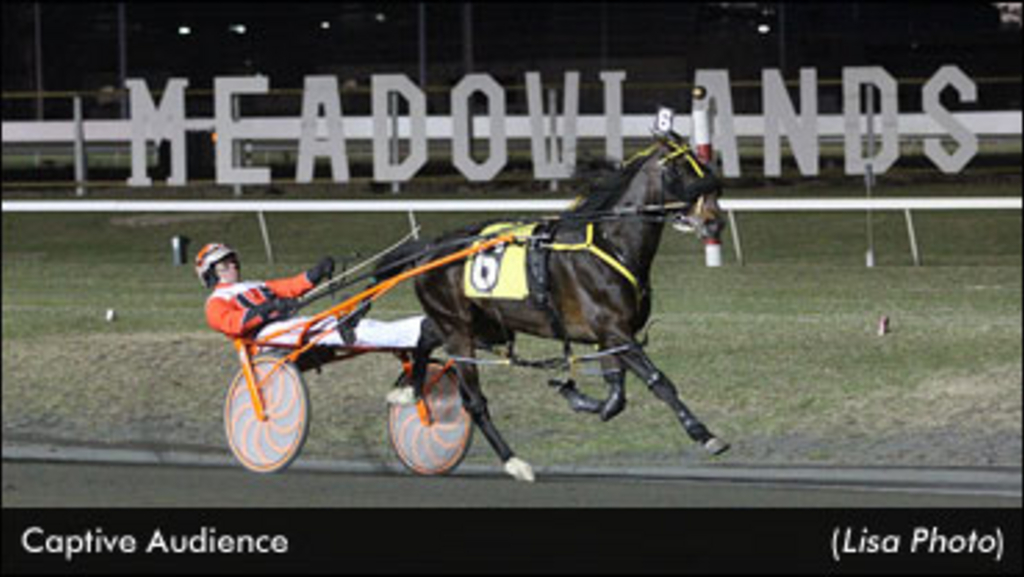 If omens mean anything, then Corey Johnson is the trainer to watch Sunday in the Prix D’Ete.

Saturday night at Mohawk Racetrack his top mare, Voelz Hanover, pulled off a stunning upset in the $286,000 Milton Final at odds of 33-1.

Corey is the trainer of Captive Audience, who drew post seven in the Prix D’Ete, is a four-year-old son of Art Major who has won on a half-mile in the past and figures to be a long shot in the race, just like Voelz Hanover.

Sunshine Beach is, in fact, the only horse in the Prix D’Ete field that has never raced on a half-mile track. He is also the richest money earner in the field and can surpass the million dollar mark in career earnings with a victory.

Duc D’Orleans, in post five for local owners Geston Levesque, Les Euries D’Orleans, Inc. and Helen Dupont, holds the all-age track record at the Hippodrome 3R of 1:52.4 that he set in 2013.

Meet and Greet with the drivers, trainers and owners of the Prix D”Ete horses will take place in the big tent by the first turn at 11:00 a.m. Sunday morning until 11:45 a.m. The Prix D’Ete will go off at approximately 4:00 pm.

This is the first time that David Miller, Jody Jamieson, James MacDonald, Scott Zeron and Doug McNair have ever driven at the Hippodrome 3R.

(with files from the QJC)