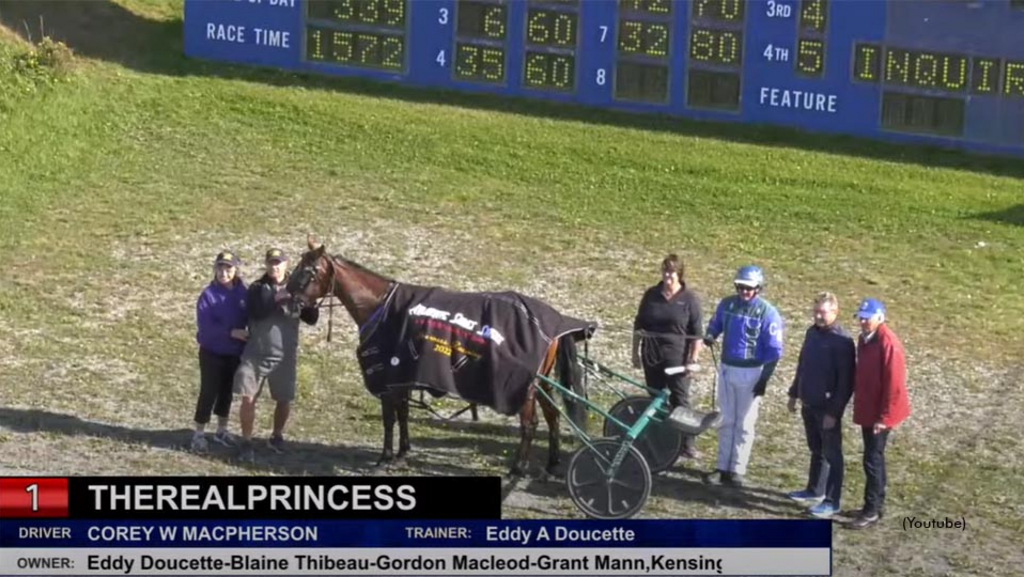 Her latest conquest was a $10,220 Atlantic Sires Stakes 'A' division at Inverness as she took control of the field easily from the inside post for driver Corey MacPherson and carved out panels of: 29.4, 1:00.2 and 1:29.3 en route to the 2-1/2-length victory in 1:57.2. JJ Scarlett (Redmond Doucet) launched from the pocket turning for home but had to settle for the runner-up honours behind the 1-4 favourite while Tobins Diva (Gerard Kennedy) finished third after a first-over journey through the final lap.

Therealprincess has amassed $85,981 this season, pushing her lifetime bankroll to $121,729. The Source Of Pride-Deviliciously Good filly is owned by her Kensington, P.E.I. crew consisting of trainer Eddy Doucette, breeder Blaine Thibeau, Gordon MacLeod and Grant Mann.

There was a dead-heat in the other fifth leg 'A' division for the fillies with Cougar On A Terr and Ultimate Long Shot crossing the wire together in 1:59.4. 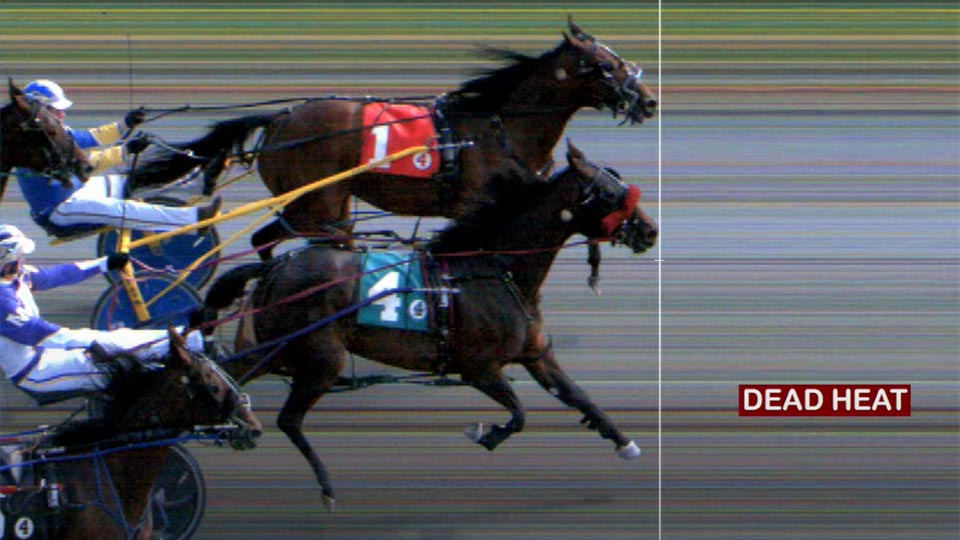 Cougar On A Terr and driver Don Gillis took the lead with the inside post advantage and set fractions of :29.1, :59.4 and 1:30.1 with Ultimate Long Shot and Brodie MacPhee progressing first-over from the backfield approaching the midway mark and getting up at the end for the dead-heat finish. As the top two fillies turned for home, they were joined by KCs Starlite (Stephen Trites) on the outside as she powered three-wide off cover and closed within three-quarters of a length.

Cougar On A Terr, who also won an Atlantic Sires Stakes division on Aug. 13, now has six wins from 15 sophomore starts and $34,541 banked in seasonal earnings. Trainer Walter Walker co-owns the Cougar Hall-Toxic Terror filly with the Estate of Angus Mac Innis.

Trained by Earl Watts, Ultimate Long Shot recorded her third win from 15 starts this year and lifted her annual income to $24,020. The Malicious-Troxel Hanover filly is owned by breeders Windemere Farms and River Valley Management along with partner Clive Balderston.

The top three-year-old pacing fillies will close out their Sires Stakes season in the Atlantic Breeders Crown on Oct. 9.

In regular action, this week's $1,950 Winners Over Pace was won by Thunder Alley (Brodie MacPhee), who went first-up from third down the backstretch and caught the front-striding 2-5 favourite Legendary Ron (Mark Pezzarello) at the wire in 1:57.1. Eastcoast Invader (Redmond Doucet) closed inside from the pocket to round out the top three. Rick Beaumont trains the 7-1 upset winner, who returned $16.20. A career winner of 18 races, the six-year-old Mystery Chase gelding has won five of 16 starts this season for owner Aurolie Beaumont.