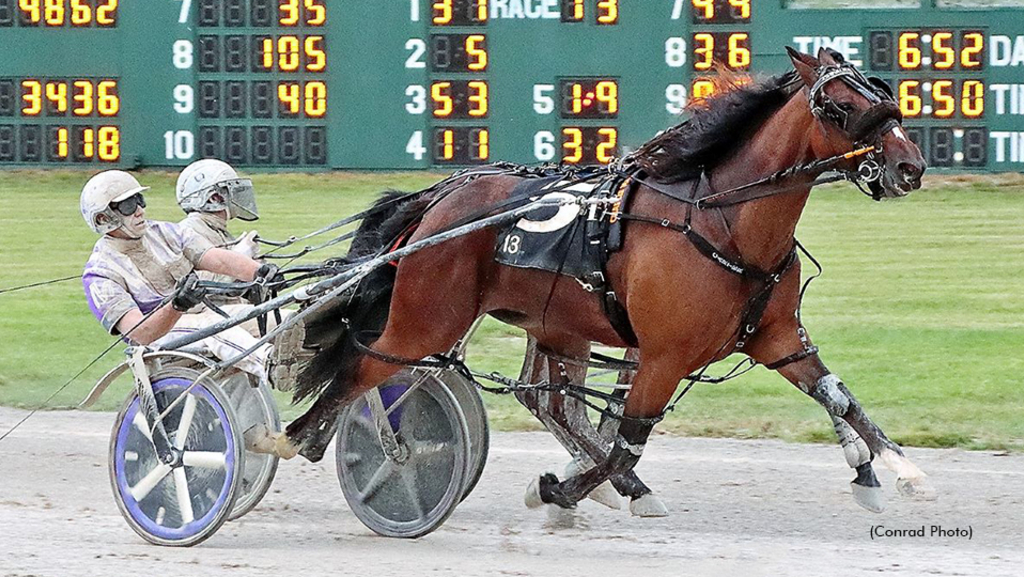 The 2021 Ohio Horse of the Year, Charlie May, and a dozen freshman filly pacers look to take centre stage on the opening day action at the Delaware County Fairgrounds on Sunday (Sept. 18).

Charlie May (driver Brett Miller) will take on eight rivals in the $19,100 Ohio Breeders Championship for aged pacers.

The gelded son of McArdle has an impressive resume – 23 career wins in 45 starts, $1.5 million in earnings and a lifetime mark of 1:47.1. He is owned by Don Tiger and trained by Steve Carter, who is a handful of wins away from the 2,000-win plateau.

In the first division, More The Merrier (Aaron Merriman) has been tapped as the morning line favourite. Bucky Trout trains the daughter of Western Vintage for September L. Six of Greenfield, Ohio. She has won half of her eight lifetime starts, including her last effort in the $55,000 final leg of the Ohio Sire Stakes at MGM Northfield Park in 1:52.2.

In the $63,557 second division, Fear Of Sports (Tyler Smith) looks to extend her four-race win streak. The homebred daughter of Fear The Dragon is owned by Emerald Highlands Farm and is trained by Kelly O’Donnell. Fear Of Sports hasn’t been worse than second in any of her seven seasonal starts, earning $129,125.

Free past performance pages for Sunday’s races will be available at LittleBrownJug.com.