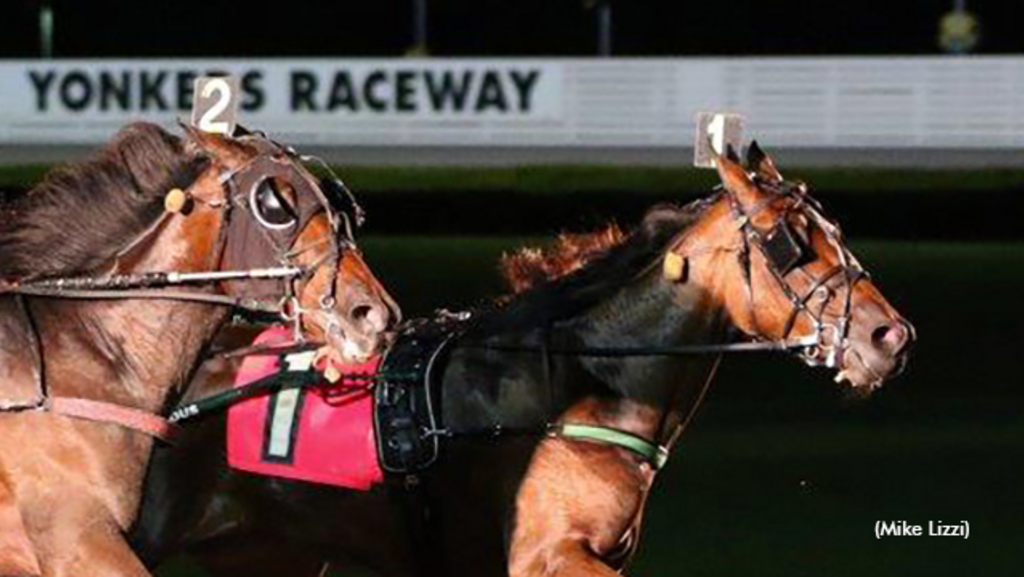 Two $10,000 divisions, one marred by an accident, for the North American Amateur Drivers Association (NAADA) went to post Thursday night (Sept. 15) at Yonkers Raceway, with Alan Schwartz winning his split in 1:59.3 behind Reel Em In and Matt Zuccarello copping the second with Judge Ken in 2:02.

In his division, Schwartz settled Reel Em In second behind Tony Verruso's Call Me Thefireman going to the quarter in :28.1 and followed him through fractions :58 and 1:27.4 all the way to the top of the stretch. But when they headed for paydirt, Schwartz's charge was the strong horse and he rallied to a 1-1/2-length victory in 1:59.3. Third place went to Con Air Hall driven by Chris Petrelli.

The winner is owned by Tony Mazzeo and trained by Bobby Dill.

In the other split, Zuccarello sent Judge Ken to the front and zipped by the quarter in :29.3. However, there was trouble at the back of the pack when two horses — Keystone Blade and Cyclone Maximus — tangled and fell. With horses down on the track, those still racing went wide and stayed in their positions until the field went by the three-quarters. They stayed in their positions around the final turn and all the way to the wire. At the finish, Judge Ken led Winneress by a length in a time of 2:02. Charlie Longo took home the show dough with Crews Hilltopper.

The winner is owned by Winners Circle Racing and John Campagnoulo and trained by Dennis Laterza.