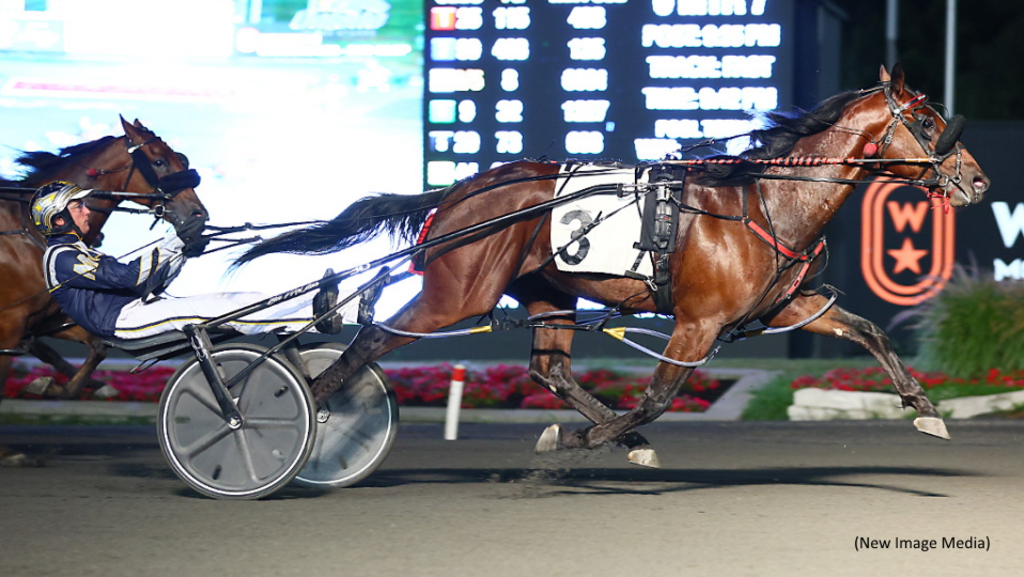 A parade of freshman stars made its way to for Ontario Sires Stakes Grassroots action Monday evening, and there was a strong display of speed and skill in the quartet of divisions.

Joker On Jack nabbed his first stakes score thanks to a rallying score in his $23,000 division under the guidance of driver Jody Jamieson.

After getting away second, the Dave Menary trainee took a shuffle to fourth before swinging to the outside and catching cover on the way to the three-quarter pole.  With fractions of :27.1, :56.4 and 1:25 in front of him, Joker On Jack split horses in deep stretch and used his closing quarter of :28 to win by a head over Watch My Chips in 1:53.3.  Scribblers was a lapped-on third.

Sent off at odds of 5-1, the son of Bettors Delight-JK Molly improved his 2022 record to 2-2-0 from six tries with the win.  He’s banked $26,950 for Menary Racing Inc, Michael Guerriero, Alan Alber and Larry Menary.

Reign Supreme was a popular winner in his $22,600 division for the tandem of driver Bob McClure and trainer John Pentland.

Hes A Sweetheart gave trainer Dave Menary his second stakes score on the card thanks to his victory which came by way of Chicago.

Menary Racing Inc, Michael Guerriero and Alan Alber share ownership on the youngster who won for the first time in his career.  He now boasts a 1-1-3 record from eight assignments.  His bankroll climbed to $23,778 with the win.

Ahi Sunshine also used rallying skills to capture the final division in 1:52.4 for the tandem of driver Bob McClure and trainer Shawn Steacy.

The homebred son of Sunshine Beach-Racey Miss got away in mid-pack before swinging out to catch cover on the way to the three-quarter pole.  With fractions of :27.1, :55.2 and 1:24.1 in front of him, the colt then powered home in :27.3 to win by 1-1/2 lengths over Wise Thinking.  Bettor Bea Terror took home third prize.

Sent off as the 6-5 favourite, the colt improved his rookie record to 4-1-0 from eight starts for owners Hudson Standrdbrd Stb Inc, Allen Sellen and Bridle Path Stables Ltd.  His overall cash stash climbed to $68,249 with the win.