Racing Back At Big M After Huge Hambo Day 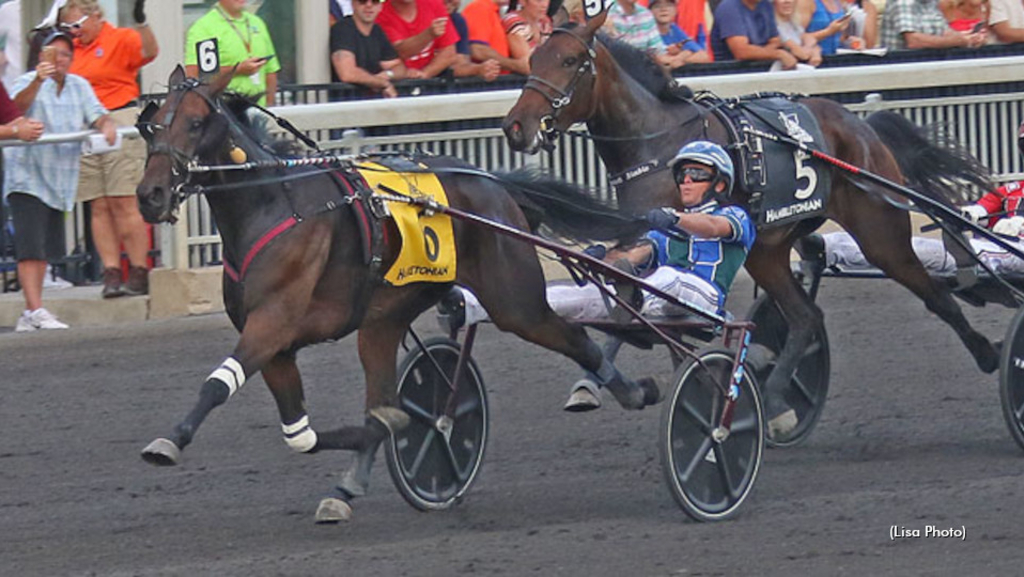 Still basking in the afterglow of a Hambletonian Day card that saw the fourth-highest, single-card total handle (combining North American and international outlets) in the history of the track, The Meadowlands returns with live racing tonight (Thursday, Sept. 1) when an eight-day fall “mini meet” kicks off. Post time is 6:20 p.m.

There will be eight live programs at The Big M over the next three weeks before harness racing goes on hiatus for six weeks. Thoroughbred action will take place from Sept. 23 through Oct. 22. Live harness will then return on Nov. 4.

This weekend’s action will feature the Kindergarten and NJ Classic Series. In mid-November, the Kindergarten will have four finals that will go for estimated purses totalling $1 million. The brand-new NJ Classic Series for horses bred in the Garden State will no doubt help to keep the breeding industry rolling. The series will have six finals on Sept. 16 for horses of high – and moderate – calibers vying for total purses estimated at $1.25 million.

The harness racing spotlight will shift to out-of-town Grand Circuit events when Big M harness is down. Some of the bigger races that Meadowlands’ simulcast patrons can look forward to are the Little Brown Jug at the Delaware (OH) Fairgrounds on Sept. 22, the Kentucky Futurity at Lexington’s (KY) Red Mile on Oct. 9 and the 12-race, $6.7-million Breeders Crown at Woodbine Mohawk Park on Oct. 28-29.

Once the Crown trophies have been doled out, live harness racing will then return to The Meadowlands on Nov. 4 for the “Fall Championship Meet.”

The Kindergarten finals will take place Nov. 12. Two weeks later, the Big M will host its third biggest card of the year – after Meadowlands Pace Night and Hambletonian Day – when “Fall Final Four/TVG Finals Night” takes center stage on Nov. 26. That evening, divisional titles, and, quite possibly, Horse of the Year honours will be determined on a card where estimated total purses are $2.6 million.

WHHC CHAMPIONSHIP: The World Harness Handicapping Championship takes place at The Meadowlands on Saturday, Sept. 10. Players who did not earn a seat through qualifying events can directly buy in for $1,000. The fee includes a $300 bankroll with the remaining $700 going into the prize pool. Entry includes a live racing program and a dinner buffet. The top 10 finishers will earn cash prizes.

CHECK OUT THE PAST MASTERS: On Saturday, Sept. 10, enjoy live harness racing and live music as The Past Masters will be playing on Victory Terrace up on the roof at The Big M. The music begins at 5:30 p.m., approximately one hour before racing kicks off.

FREE PROGRAMS: Free past performances for every race of every Meadowlands program are available 48 hours before a given card. To access the no-cost official program pages, go to playmeadowlands.com.

CHECK OUT THE SHOW: On live racing nights, tune in to the track’s live “Racing from The Meadowlands” pregame show, which kicks off at 5:47 p.m.

(With files from The Meadowlands)