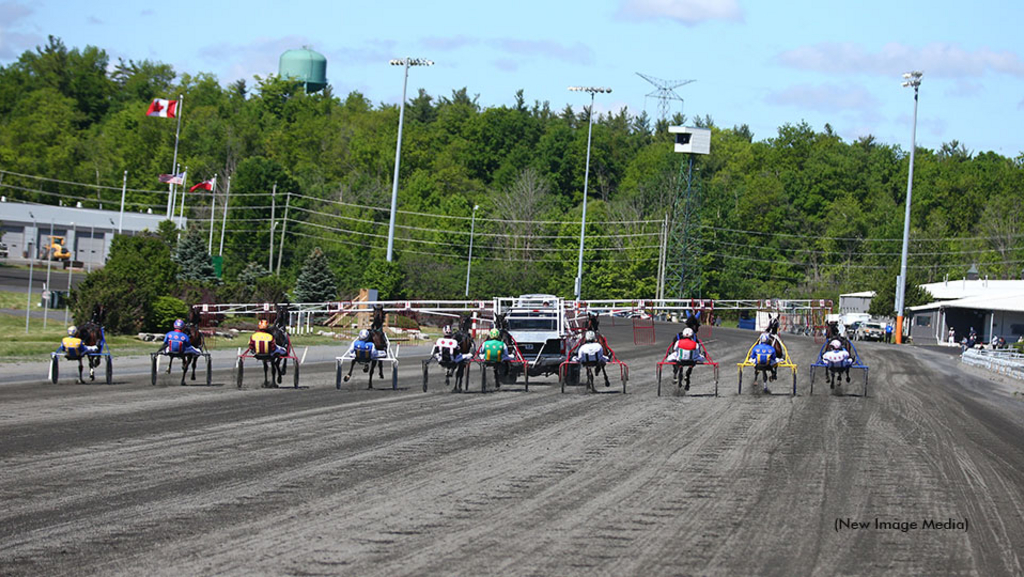 The maiden two-year-old pacing colt Cruise Hanover turned in the fastest mile of the qualifying session, finishing 8-1/4 lengths in front of foes in 1:54.2 with Louis-Philippe Roy in the sulky for trainer Amanda Fine. The undefeated Rob Fellows trainee and two-time Ontario Sires Stakes Gold winner Write Me A Rose recovered from an early misstep off the gate and caught the winner's stablemate, Gung Ho, at the end to finish second.

Cruise Hanover has won back-to-back qualifiers, knocking two seconds off his mark on Tuesday, following a pair of Pocono outings last month. A $140,000 Harrisburg yearling purchase for Steve Heimbecker of Waterloo, Ont., the son of Sweet Lou is out of the Grand Circuit stakes winner Charisma Hanover and is a half-sibling to $100,000+ earners Hey Run Me Over and Forefather.

The same connections debuted the Always B Miki-New Album colt Notorious Hanover, who closed from third with a :27.4 final frame to win by two lengths in 1:58 flat over Heimbecker's Sweet Lou-Blood Diamond colt I Aint No Mack.

The undefeated Bettors Delight-Hidden Gem filly Savethelastdance, a full-sister to 2021 O'Brien Award finalist Silver Label, was among a pair of rookie qualifying winners this morning for trainer Nick Gallucci and owner/breeder Millar Farms. James MacDonald drove the OSS Grassroots winner to a 1:57 qualifying score, with a :26.3 closing quarter.

Her stablemate Moonstruck (Sunshine Beach-Luck On The Run) was a 1:58.1 winner with Doug McNair aboard.

Trainer Desiree Jones and driver Scott Young swept the two-year-old trots with Thunderously (Walner-Anikawiesahalee) the quickest of the bunch, turning an 11-1/2-length deficit into a five-length tally in 2:00.2. A $130,000 yearling purchase from the Harrisburg Sale, the half-brother to double millionaire Resolve was making his second qualifying start for owner Gino Toscani of Mount Hope, Ont.

His winning stablemates were C S Goldpolicy (Muscle Mass-Open Door Policy) in 2:02 and the debuting Magic Hush (Kadabra-Quiet Snow) in 2:02.2.

A replay of the video stream from the qualifiers is available below.