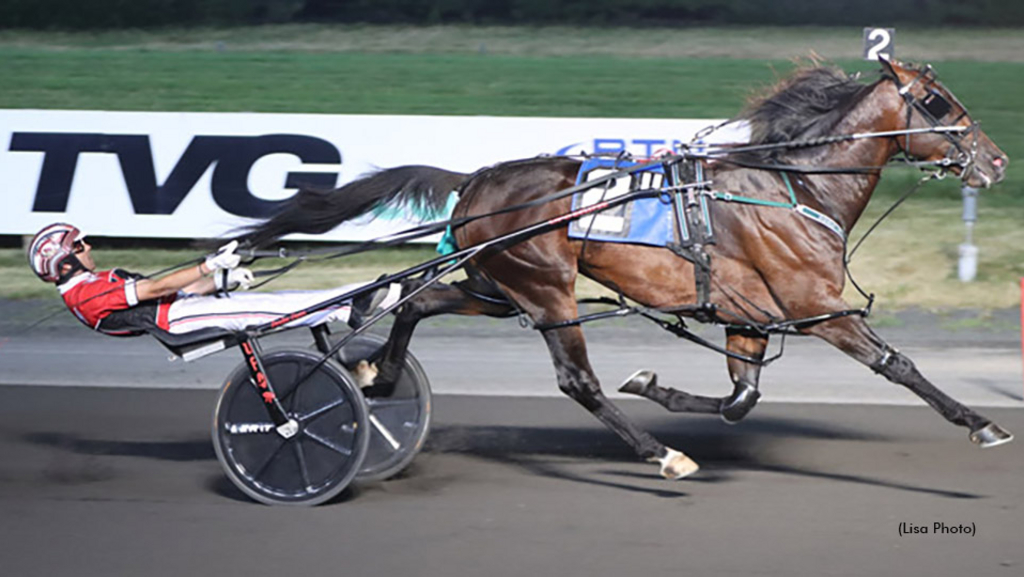 The field for the 2022 $300,000 Dan Patch Stakes at Harrah's Hoosier Park is set, with a total of nine horses that will attempt to knock off the world's fastest Standardbred, Bulldog Hanover on Friday (August 12).

Bulldog Hanover drew post three for driver Dexter Dunn in the draw conducted before the card of harness racing at Hoosier on Tuesday (August 9). The son of Shadow play - B Js Squall comes into the 2022 Dan Patch off a qualifier at Woodbine Mohawk Park on August 2 where he toured the Campbellville oval in a time of 1:51.

In his pari-mutuel start prior to that, Bulldog Hanover made harness racing history with his 1:45.4 performance in the William R. Haughton Memorial on July 16 at The Meadowlands Racetrack.

With combined career purse earnings exceeding $10 million, the talented field of 10 includes four millionaires, two World Champions, and the number one ranked horse in all of harness racing. North America’s leading money-winning trainer, Ron Burke, will look to score his third Dan Patch victory and become the first trainer to score three Dan Patch victories. As the richest horse in the field with more than $2 million in lifetime purse earnings, This Is The Plan will be one of five entrants in the field for Burke and will start from post nine. The half-mile track world champion will look to add to his bankroll and secure his first Dan Patch trophy after finishing fifth in the same event last year.

The field for the 2022 Dan Patch with morning line odds is as follows:

The 2022 installment of the Dan Patch Stakes has been slated the 14th race on the program with an estimated post time of 11:05 p.m. EDT and will be supported by an all-star undercard of racing action.

Racing fans will have the opportunity to participate in three special wagers offered for the Dan Patch card. A $20,000 Guaranteed Late Pick-4 will be offered in Races 12-15, a $25,000 Guaranteed Superfecta pool will be available on the Dan Patch Stakes in Race 14 and a $15,000 Guaranteed Hoosier-High Five pool on the last race of the program will be available as part of the Strategic Wagering Program. Each wager is available through the cooperative efforts of the United States Trotting Association, Harrah’s Hoosier Park Racing & Casino and the Indiana Standardbred Association.

In addition to the special wagers, $250 megabets will be offered throughout the evening along with a $1,000 Late Night Lucky cash drawing immediately following the Dan Patch Stakes. Guests are encouraged to visit a Trackside Promotional kiosk to enter beginning at 5 p.m.

The Dan Patch festivities will also include a driver autograph session, family-friendly activities, special giveaways in the winner’s circle, and a Dan Patch chair giveaway to the first 250 guests to visit a Trackside Promotional Kiosk, beginning at 5 p.m.  Harrah’s Hoosier Park will also have food trucks, outdoor games and roaming entertainment to delight racing guests throughout the evening.

(with files from Hoosier)